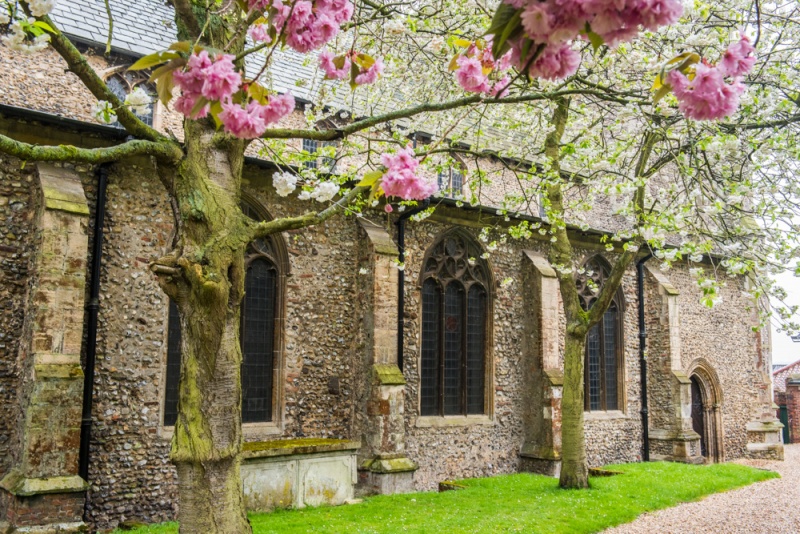 Rising above the market place of Fakenham is the historic church of St Peter & St Paul. There was probably a church here in the Saxon period, and the stones at the north-east corner of the present building are thought to come from that early church.

Around AD 1070 the Saxon church was replaced by a new building. The north doorway survives from the building. The chancel and nave were built from 1300-1375 in Decorated Gothic style, and the west tower added from 1400-1450.

The porch was added around the same time. It used to have an upper chamber, or parvise, used as a gunpowder store in the early 17th century.

The tower rises 115 feet, and the top is reached by 146 steps inside the tower. Access is normally restricted but the tower is open on specially advertised open days. 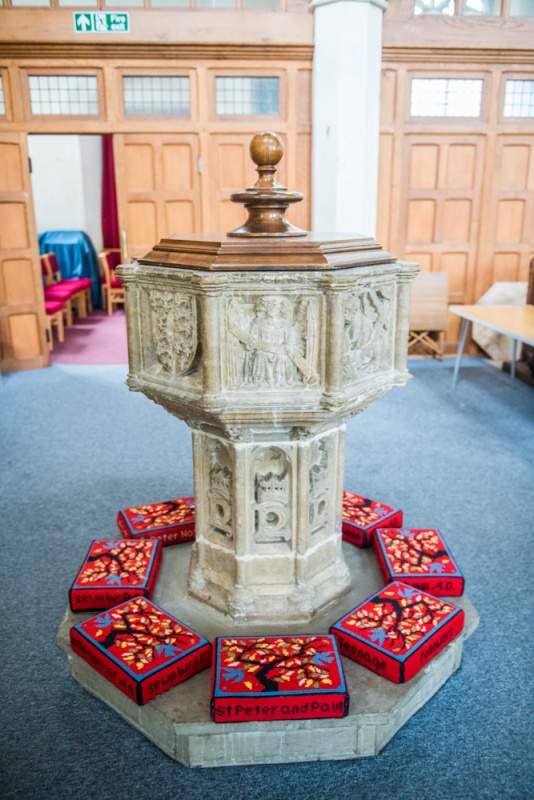 The medieval church was rebuilt in 1864 when the chancel and nave roofs were built and the late medieval font placed on a new plinth.

Historic highlights include an 18th-century painting of Dr John Hacket, a former rector, and a Victorian painting of St Cecilia in the chancel. The chancel screen was made in the 14th century, though it was heavily restored in the Victorian period. Near the organ is a medieval parish chest.

The striking octagonal font is 15th century, carved with emblems of the Four Evangelists and symbols of the Passion, the Holy Trinity, and a royal coat of arms. The eighth panel is blank, though it may originally have held a depiction of the Crucifixion that was removed during the religious turmoil of the Reformation.

At the west end of the nave is a wooden poor box dated 1665. It went missing in the 19th century and turned up in the Thomas Charlton brewery in Hall Staithe. It was returned to the church in 1888.

In the chancel is a beautifully carved 14th-century sedilia, or clergy seat, with four stalls and a piscina. 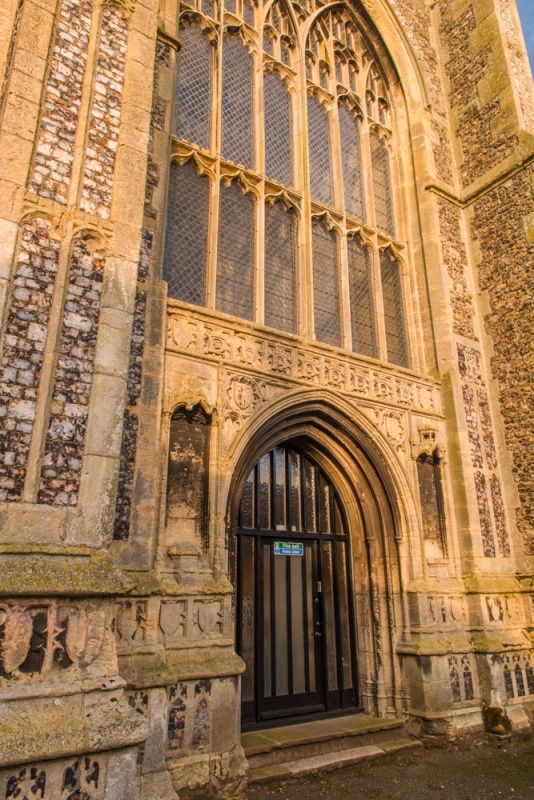 On either side of the altar are medieval memorial brasses, and on the floor by the Trinity Room are four very rare double hearts, labelled with the words Jhu, Merci, Ladi and Help, respectively.

The windows and glass are extremely good. There is a roundel of medieval glass in the westernmost window of the north aisle. Nearby is a window commemorating the 650 year link with Trinity College in Cambridge, which has held the living of Fakenham since the 14th century. The large east window was installed in 1805 as a gift from the rector, Charles Norris. and depicts scenes from the life of Christ.

There are several very good wall monuments, including one to Nicholas Gwyn, MD, of Barons Hall in Fakenham, who died in 1798. The best monument is to Christopher Calthorpe, who died in 1720. The epitaph is a lovely example of 18th century style. It reads:

Set into the nave floor is a grave slab to the wonderfully named Covenant Hempsterley, dated 1689.

Fakenham church is a delight to visit and is full of historical interest. It was open on both occasions that we visited. 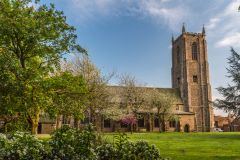 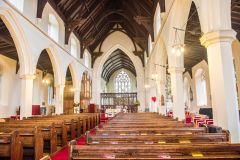 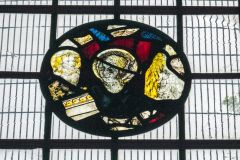 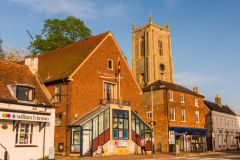 Self Catering near Fakenham