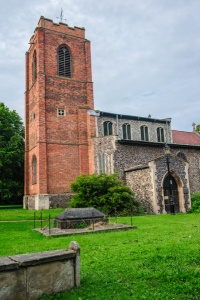 Most of the medieval churches for which Norwich is justly famous are concentrated in the city centre, close to the Cathedral and Castle. But if you wander a bit further out from the centre you will still find fascinating historic buildings to explore.

That is especially true of the northern edge of the city centre. Just beyond the ring road (A147) is the medieval church of St Augustine. Now redundant and managed by the Churches Conservation Trust, St Augustine's dates to at least the 12th century, though the most striking external feature is a 17th-century tower of red brick.

The tower was made necessary when a medieval flint tower collapsed in 1677. The base of the flint tower was retained, but a new tower constructed with bricks made on location. This took five years and was complete in 1687. The red-brick gave rise to a nickname for residents of the parish; they were dubbed 'red-steeplers'.

Despite this, an Edwardian window in the north chancel aisle has stained glass depicting Augustine of Canterbury, along with St Felix of Dunwich. Wishful thinking? 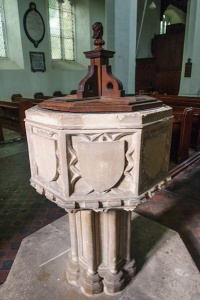 When was the church built?

Well, that's a bit of a mystery. There was no mention of a church dedicated to Augustine in the Domesday Book, but the square shape of the nave suggests a Saxon layout. The earliest written record of a church here comes from 1163 when Augustinian friars from Gloucester were assigned to the church.

Much of the church we see today, except for the tower, dates from a 15th-century rebuilding, though like many churches St Augustines was restored in the Victorian period.

The interior is sparsely furnished, with a 15th-century font, and a west gallery made from 18th-century communion rails. Much of the remaining furnishings date to the Victorian restoration in 1880. A more modern feature is a chancel screen made in 1920 as a memorial to World War One soldiers from the parish. 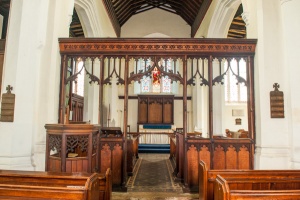 The memorial screen and east end

One poignant tale stands out amidst the names of the fallen soldiers inscribed on the memorial screen. Private John Abigail was born to a poor local family. His life must have been hard, for his parents were brought before a magistrate upon a charge of mistreating their children.

Abigail was inducted into the army in his late teens. He could not stand up to the conditions of trench warfare and deserted. He was captured and shot for cowardice, the fate reserved for deserters at that time. By the rules of the time, his name should not appear among those of his fallen comrades, but there it is, appearing alphabetically at the top of the list.

One of the most interesting features is a monument to architect Matthew Bressingham, who was responsible for the stately home of Holkham Hall. Bresingham was born in Norwich, the son of a mason. He apprenticed as a bricklayer to his father, but rose to be appointed clerk of the works at Holkham in 1734.

His work at Holkham launched a career that brought him commissions from around East Anglia. Local projects include Lenwade Bridge, the shire hall at Norwich Castle, and renovation work on Norwich Cathedral.

He often worked in a very plain Palladian style, but his genius was his ability to adapt and carry out ideas laid out by more talented architects. The monument is fairly plain, with an inscription recording his 'liberal spirit and great benevolence of mind.' 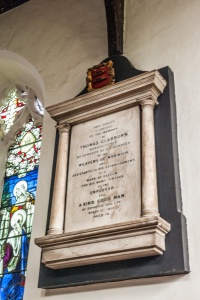 Another interesting monument is to Thomas Clabburn, owner of a weaving factory, who is described as 'A kind Good Man'. Perhaps he was, for his monument was erected by subscription from 600 of his workers. Look for the weaving shuttles on the memorial, indicating his profession.

St Augustine's church stands north of Norwich city centre, in an area known historically as 'Gildencroft'. The area was used for jousting practice by medieval knights, and Edward III attended a tournament here in 1340. Just south of St Augustines is Pitt Street, where, in 1775, Quaker brothers John and Henry Gurney opened a bank (it was called Tooley Lane then). This small family business eventually grew to become Barclay's Bank.

The church is usually locked, but the keyholder is a shop just across the road. We arrived very late in the day, just 15 minutes before the shop closed. They were reluctant to give out the key, but we assured them we'd return it before the shop shut for the day. You never saw such a whirlwind visit to a historic church!

We sped through the building, I photographed everything in sight, and we were back with the key, somewhat breathless, one minute before the shop shut. As a relaxing experience, I can't really recommend this approach, but it did make the visit memorable! As an aside, don't miss the row of almshouses just beside the churchyard. 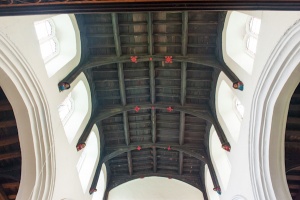 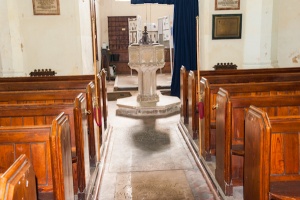 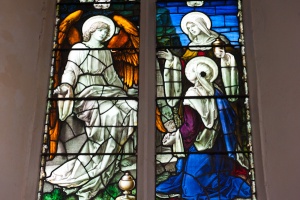 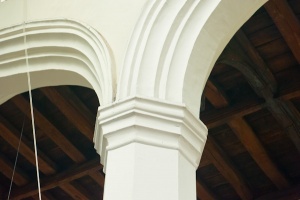 More self catering near St Augustine's