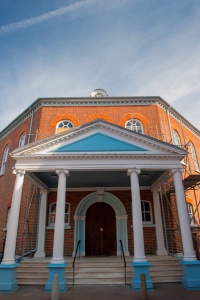 John Wesley called the Octagon Chapel 'the most elegant meeting house in Europe'. He must be allowed to be a reasonable judge, having preached in so many himself!

Tucked away in a little courtyard on the north side of Colegate, the chapel comes as something of a surprise amid its more modern neighbours. The story of the chapel is linked closely with that of its more subdued neighbour, The Old Meeting House.

In the late 17th century East Anglia was a hotbed of Puritanism. After the excesses of Cromwell and the Commonwealth the 'dissenters' or Norwich formed a multitude of small sects, among them a group of Congregationalists worshipping out of private homes.

The Old Meeting House became the home of these Congregationalists, and one of the earliest ministers to this group was John Cromwell, a relative of Oliver Cromwell. Many of the congregation who followed John Cromwell were wealthy businessmen and their families. So when the Old Meeting House needed replacing, there was money enough to create a new chapel of style and substance. 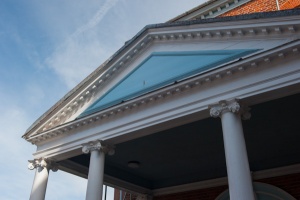 The architect chose to create the chapel was Thomas Ivory, who was already engaged in designing the fashionable Assembly Rooms in Chapelfield. Ivory came up with a radical new design based on an octagonal layout, and moreover, designed in Palladian style, with a grand neo-classical entrance portico.

Ivory's concept was to marry elegant fashion and simplicity, a challenging remit, but he carried it off. The interior dome is supported on 8 columns, with high windows admitting plenty of light, and with enough seating to hold 1000 people. Work was begun in 1754, and the cost of £5000 was raised by subscription from the congregation. 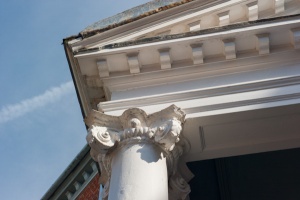 Ivory's new building was initially simply called The New Meeting House, to differentiate it from the Old Meeting House, but the chapel soon began to be called The Octagon. The design proved so popular that it was as a model for subsequent Methodist meeting houses across Europe.

The original focus on Presbyterianism gave way over time to Unitarianism, and the chapel attracted some of Norwich's leading families. Among regular worshippers was Joseph Priestly, philosopher and scientist, known as the man who 'discovered' oxygen. Another was William Smith, a leading light on the movement to abolish slavery.

Thomas Ivory's original design used high-backed pews, but these were removed by the Victorians in 1889, when the pulpit was enlarged and the woodwork darkened in line with prevailing Victorian fashion. The building is known for its excellent acoustics, which make it a popular venue for concerts. It is still very much in use as a meeting house, so opening times may be limited.

When we visited, the chapel was undergoing essential repairs, and it was a challenge to photograph the beautiful exterior without scaffolding intruding. We weren't able to view the interior, which is a real shame. Hopefully we'll be able to make it back and share photos of the interior soon. If the outside is anything to go by it should be a real treat! 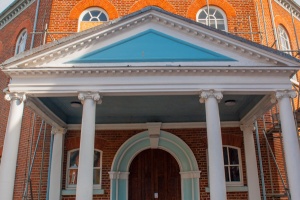 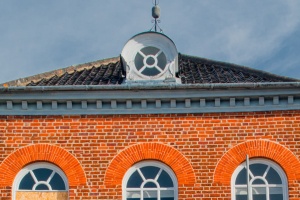 The roof and oculus window 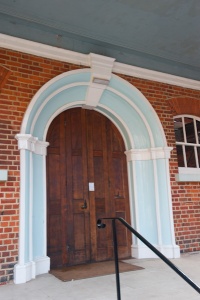 More self catering near Octagon Chapel