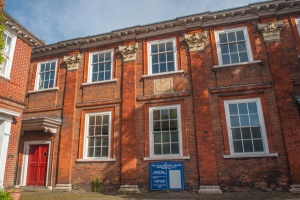 In the 17th century, East Anglia was a melting pot of Protestant idealism, enhanced by a burgeoning population of religious refugees from Europe. Many leading lights of the Parliamentary revolt against Charles I came from the area, and this religious idealism was prevalent even after the Restoration of the monarchy in 1660.

In 1662 the Act of Uniformity ejected any minister who could not or would not adhere to official Church of England doctrine. Some of these Dissenting clergymen simply did not feel they could agree to the 1662 Prayer Book, and were forced to leave the Church of England.

Many of the leading Dissenters of Norwich were Congregationalists, and they included among their numbers some of the wealthiest and most influential members of Norwich society. Life was difficult for the Dissenters, but in 1689 the Act of Toleration made it legal for them to build and own property.

As a result, they could officially own their own meeting place for the first time. The result of this legal change was the Old Meeting House, built in 1693, just over 3 years after the Act took effect. 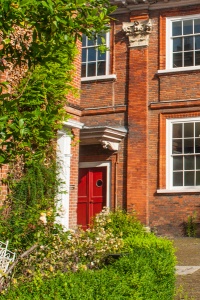 Of course, it wasn't 'Old' then; it was simply 'The Meeting House'. The moniker 'old' only emerged after the Octagon Chapel was built nearby in 1754 as a new home for Norwich Congregationalists, and that became the 'New Meeting House'.

Erected in the former garden of Blackfriars Priory, the original meeting house is a very simple, elegant building, with a red brick facade and Corinthian columns. Facing the alley are rows of sash windows, possibly the oldest sash windows in Norwich. High on the front face is a sundial bearing the date 1693.

The interior is built with a gallery on three sides, looking down on a pulpit. The pulpit was the centre of worship, unlike earlier Church of England and Catholic buildings where the altar is the major focus. There is a flat plaster ceiling supported on columns and the overall style is one of simplicity, even plainness.

In 1892 the original box pews were cut down, the new pews made from the wood if the original 17th-century ones. The church is still used as a Congregational meeting house, but as of this writing, it also sees use as a meeting place for a Progressive Jewish congregation.

In the west gallery is an organ dating to the late 17th century, the work of Robert Dallam, (1602-1665). You can also see pitch pipe and singing master's stick (a sort of conductor's baton) used to organise hymn singing before the organ was installed. In the south gallery is a memorial to four 17th century clergymen who were ejected from the Church of England for their Presbyterian beliefs, including Reverend Martyn Finch, during whose ministry the Old Meeting House was built.

The Meeting House holds monthly history talks, and recordings of these talks can be found on the official website (see below). There is also a 32-page booklet about the Meeting House and its history which can be ordered directly from the website. 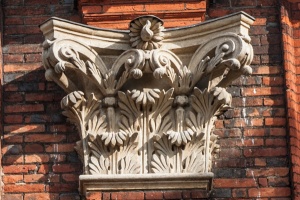 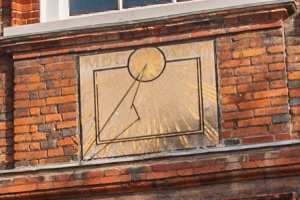 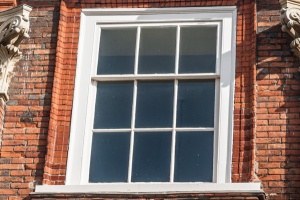 More self catering near The Old Meeting House

More bed and breakfasts near The Old Meeting House