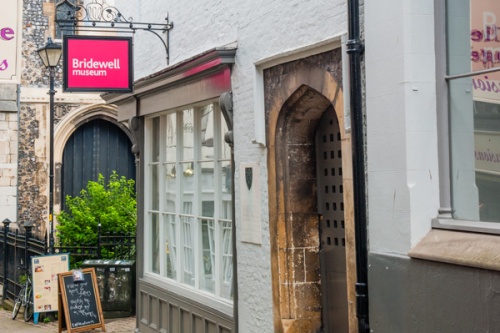 The Bridewell was, as its name suggests, a prison and house of correction for beggars and women. The old prison building has been transformed into a museum of local history, spread over two floors, arranged around the inner courtyard of this historic building.

Around 1325 a wealthy merchant named Geoffrey de Salle built a house here, near St Andrew's church. In 1386 the house was enlarged by William Appleyard, who went on to become the first mayor of Norwich (1403-1435). Very little of the original 14th-century building survives, save the flintwork facade facing onto Bridewell Alley.

This is one of the earliest, and finest, examples of secular East Anglian flintwork in England. Under the building is another 14th-century survival; the vaulted undercroft, used for storage and to hold inmates when the house became a prison.

The Bridewell must have been a very desirable property, as by the 16th century it was owned by another Mayor of Norwich, Robert Gardener. Then in 1580, it was sold to the Corporation of Norwich by John Sotherton.

You see, the Corporation had a problem; the city was bursting with transient beggars and poor residents, drawn by Norwich's reputation as a bustling centre of commerce. But these beggars and poor people relied on the city for charity. 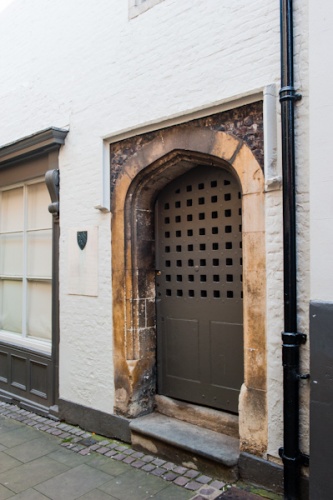 What was the city to do? The answer was to use Sotherton's house as 'The Bridewell', where men were set to work at manual labour like cutting wood and grinding malt, and women were trained to spin and card wool.

But this was not an Elizabethan job training programme, it was a house of correction, and the 'correction' was furnished by stocks, whippings, and shackling the inmates. It was not a place you wanted to spend time.

Except, perhaps if you were Peter Wildman. Wildman was an inmate in 1751 when a fire broke out and destroyed most of the site. The prisoners were rushed to safety, but Wildman refused to leave. 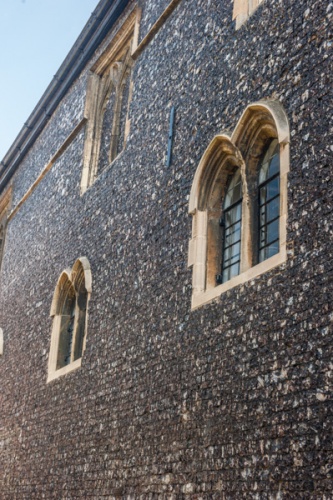 The prison was rebuilt and stayed in use until 1828. After that it served as a tobacco factory, then a leather warehouse, and finally a shoe factory. In 1923 Henry Holmes purchased the building, restored it, and granted it to the city as a museum of local industry. The Bridewell opened its doors to visitors in 1925, under the eyes of the Duke of York.

The Bridewell stands in a narrow alley just north of the medieval market place, a short stroll from the Norman castle at the heart of historic Norwich. The museum tells both the history of the building itself, and the history of Norwich.

A major focus is on the trades that made Norwich the second wealthiest city in England during the Middle Ages. Learn about brewing, weaving, chocolate making, lace, shoemaking, and mustard. There are displays of local objects as diverse as a Victorian loom and a 19th-century fire engine. 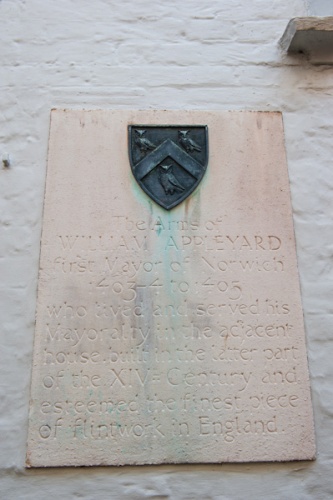 See recreations of historic rooms including a smithy, a pawnbroker's shop, and a brewery. Learn about the history of Norwich City football club, and enjoy a recreation of an authentic Georgian coffee house. See how Norwich residents coped with the Great Depression and two World Wars, and watch archival films from the early years of the 20th century.

But history doesn't stop when it gets close to the modern era, and neither do the displays, for there are exhibits showing how Norwich has changed following the Second World War, with a recreated 1950s sitting room, swinging 60's fashions, and the growth of housing estates in the second half of the 20th century.

Life in Bridewell prison is brought to life through audio-visual displays, including one where you can listen to the stories of real people held in the Bridewell. What was life like in the Bridewell? Learn from the real stories of people who lived and worked in dire conditions here over the centuries.

More self catering near Bridewell Museum