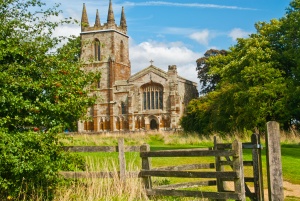 Sometime around 1147, Stephen de Leye founded an Augustinian priory at Canons Ashby. In 1250 the Priory was extended and parts of this 13th-century rebuilding are incorporated into the current priory church. Leye's descendants were buried in the priory church, but exactly where is not known.

Though never a large monastic house, Canons Ashby was moderately prosperous, but that did not save it from the attentions of Henry VIII's commissioners in the Dissolution of the Monasteries. The priory was dissolved in the 1530s and the priory church was converted for use as the parish church. The monastic lands were sold and resold until they ended up in the hands of Sir John Cope in 1538. The church we see today is just the western part of the nave of the medieval priory church.

In 1551 Sir John's daughter married John Dryden, who proceeded to rebuild the old priory farmhouse to create Canons Ashby House, across a field from the church. Both the house and the church are now owned by the National Trust and the church is open throughout the year at the same times as the gardens and park. 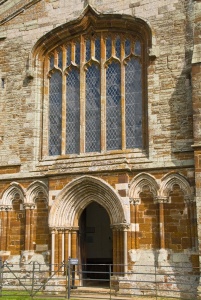 The priory church consists of a 13th-century nave and chancel, 14th century west tower, with quite a bit of 16th-century rebuilding. You can easily see the outline of blocked arches that once led to the monastic cloisters (now destroyed).

The west front of the church is a wonderful piece of Early English architecture, with a richly decorated archway.

The large east window was inserted in 1918, but around the window are early 18th-century wall paintings showing cherubs pulling back draperies to reveal a Holy Dove. The communion rail and pulpit are of the same 18th-century date; probably about 1710. The octagonal font is 15th century, with blank tracery panels on each face.

On the walls are 18th and 19th century monuments to generations of the Dryden family of Canons Ashby House. Among these is a monument to John Turner Dryden, 1st Baronet Dryden of Canons Ashby and 4th Baronet Turner of Ambrosden (d. 1797) by John Rossi, and another to John Dryden (d. 1818) by the same sculptor. 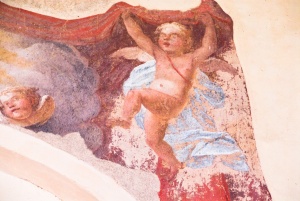 What is really fascinating are the funeral achievements of Sir Robert Dryden, who died in 1708. These include a helmet and crest, 2 pennons, a banner, tabard, wreath, gauntlets, shield, spurs, and sword. The achievements were a heraldic indication of rank and family pride, rather than an actual indication of military valour.

They were items carried in a funeral procession, then usually hung upon the wall of a church above, or near, the memorial to the deceased. Usually, the achievements were items of armour, generally ceremonial rather than actual combat armour, and by the 18th century the deceased person was often not even a soldier and had never borne arms.

There are also a pair of 16th-century brasses set into the floor, though the church information is silent about who they represent. One shows a wealthy gentleman in long robes, looking quite satisfied with himself. One of the floor slabs is carved with the Dryden coat of arms, showing the 'Red Hand of Ulster'.

The church is open at the same time as the house, though it may be open if the house is closed ut the park and gardens are open. It is a very short walk from the main house, and I highly recommend a visit if you are visiting Canons Ashby House.

I loved this church; it is always interesting to see a stately home like Canons Ashby House and learn about the family that lived there, the see the monuments to that same family in the local church. What really makes the priory church fascinating are the Dryden family tombs and the funeral achievements. 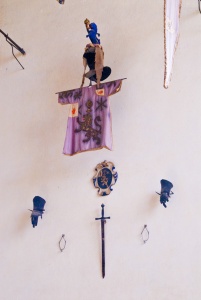 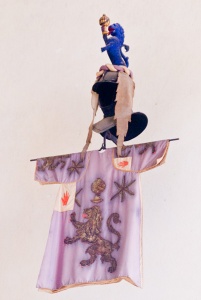 The Dryden tabard and
helmet 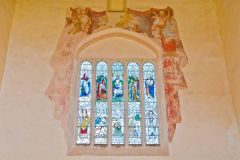 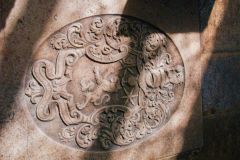 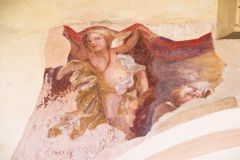 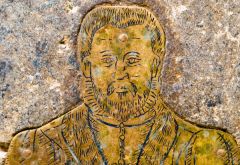 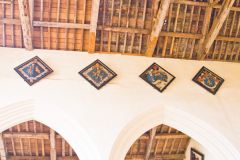 The Granary at Fawsley - 4.2 miles
Daventry, Northamptonshire
Stay from: £50.00