Braunston Church (the Cathedral of the Canals) 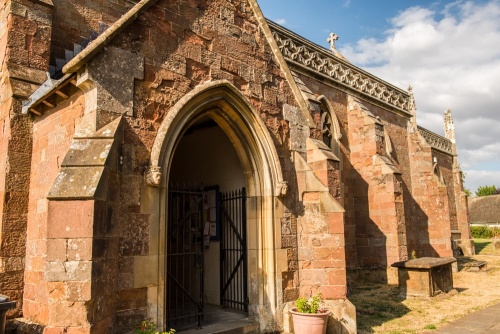 All Saints Church in the Northamptonshire village of Braunston is known as The Cathedral of the Canals for its close links with the families that operated canal boats on England's inland waterways.

The village was located at a central point of major inland waterways, so many watermen married local women and settled here. The church was central to the lives of boating families, and many were married, baptised, or buried here. 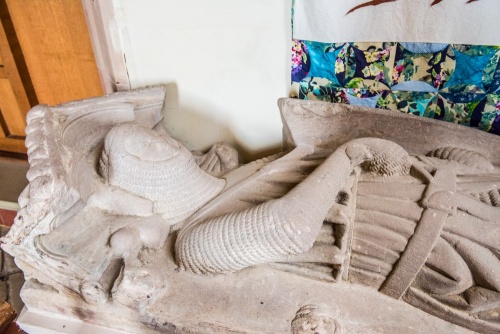 The history of All Saints Church goes back to the Norman period, when the first stone church was built atop a ridge here. Even before then, the site appears to have been used as a prehistoric burial site.

According to tradition, murder was committed in the first Norman church at Braunston in 1290, meaning that no services could be performed there until a new church was built on the site. This new church was built in the 14th century. Unfortunately for tradition, it seems likely that the act of violence was committed, not at Braunston, but at Bramston, and it wasn't murder, but blood was shed.

The only feature to survive from that Norman church is the font, carved in a very simple tub style. 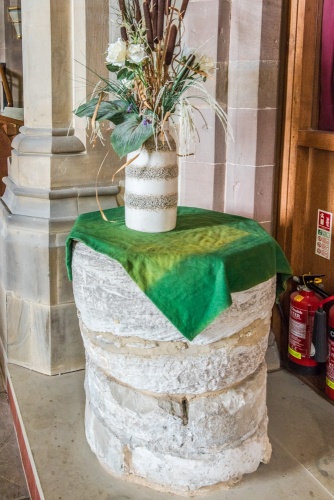 There are, however, several surviving features from the 14th-century building. The most impressive of these is a tomb and effigy thought to be William, Fourth Baron Ros, who died in 1352 while on a pilgrimage to the Holy Land. The Ros family held the manor of Braunston from 1200-1508. The effigy is that of a knight in armour, his legs crossed, with a rosette between his feet.

The church chest is late-medieval, bound with large iron straps.

Set into a niche is the head of a 14th-century churchyard cross, with carvings on each face depicting a Crucifixion, a warrior, a robed priest, and figures of a Madonna and Child. 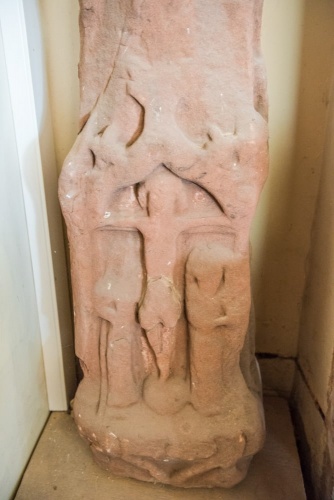 Cathedral of the Canals

The first inkling of a growing connection between Braunston and the growing system of inland waterways in England comes in a Church registry entry for 20 July 1774, when a child named Francis Hollinshead was baptised. The child's father, also named Francis, had his occupation listed as 'Navigator', suggesting that he was a 'navvy', working on building a new canal through the village.

The explosive growth in the canal system in the early years of the 19th century led to huge growth in population in Braunston. By the middle of the century, a separate 'boat community' grew up in the village.

Braunston was the most centrally located meeting place for boating families, most of whom would have worshipped at All Saints Church. Tradition suggests that a boatman who died while away from Braunston was brought to All Saints for burial. Another tradition says that children born aboard boats were baptised twice; once in the village nearest to their birthplace, and again when the boat next came to Braunston. 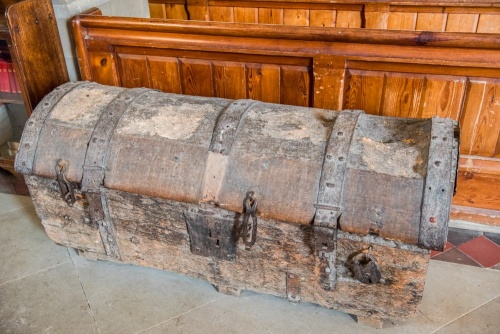 In 1834 a boatman brought cholera to the village, and in the ensuing tragedy, 70 cases of the disease were reported and 19 villagers died. One of those who caught cholera was the curate of All Saints, who thankfully survived. The local Methodist minister, Rev Richard Miller, put forward the idea that the cholera outbreak was a warning from God to avoid sinful behaviour, an indication of the unsavoury reputation that canal families sometimes had.

By the middle of the 19th century the medieval church building was in very poor repair. The old church was pulled down in 1848 and a new church erected, financed largely by subscription. among the donors was the Oxford Canal Company, another reminder of how important All Saints was to the waterways community. 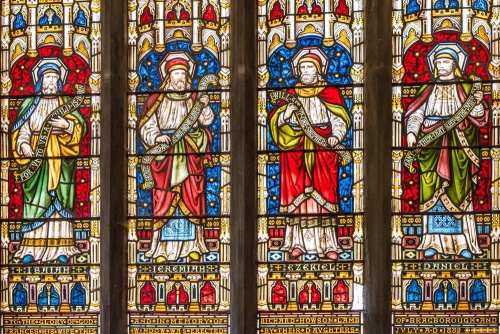 The new building was almost double in size, in part to deal with the increased population in the parish from the boating community.

Unfortunately, the new church was built just at the time when the canal boom was fading due to the arrival of the railways. Many boat families began living aboard their craft, and the population of Braunston fell.

In 1870 Rev Lewis Gilbertson took office, and he helped transform the building interior, particularly the chancel. Gilbertson called in architect William Butterfield, perhaps the leading High Church architect in Britain at the time. It was Butterfield who designed the colourfully painted chancel timbers and the floor, covered in Minton tiles. The panelling behind the high altar conceals a reredos designed by Butterfield.

The richly coloured stained glass windows date from this period. They may have influenced the custom of painting canal boats with landscape scenes and floral patterns. The custom may have originated in Braunston, possibly through a local boat builder and artist named William Nurser, who acted as a churchwarden at All Saints.

The pulpit is made of different coloured pieces of marble. It was installed in 1880. The modern font is of pink marble and was designed by Butterfield.

One historical feature inside the church is a collection of four charity boards, listing charities dating back to the 16th century, set up to support local poor and needy people. Two of these charities are still active, including the William Makepeace Charity, which supports local education. 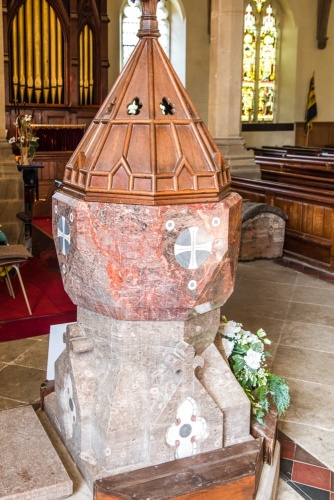 All Saints Church is towards the western end of High Street. It is usually open daylight hours and was open when we visited.

Note: Do not mistake this church for another All Saints Church in the village of Braunston, Rutland! It is confusing that both Brunston villages have churches dedicated to All Saints, and you will often see the two buildings confused in online search results. 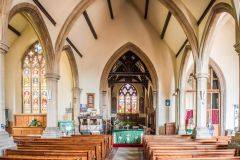 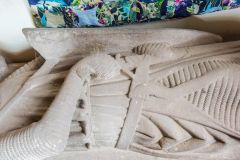 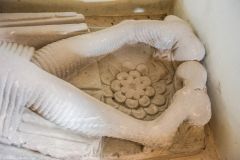 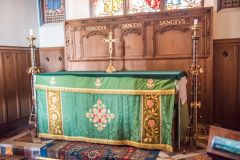 More self catering near Braunston, All Saints Church

The Granary at Fawsley - 5.7 miles
Daventry, Northamptonshire
Stay from: £50.00

More bed and breakfasts near Braunston, All Saints Church