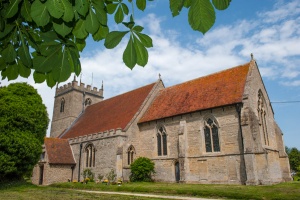 St Mary's church in the large Oxfordshire village of Chalgrove dates from the middle of the 12th century, though there was almost certainly a Saxon church on the same site. The nave was built around 1160, possibly by Peter Boterel, the Keeper of Wallingford Castle, who resided at Chalgrove.

The nave was enlarged around 1190 with a south aisle and a new chancel, probably founded by High de Malauney, and a north aisle added around 1240. Sometime in the first few decades of the 14th century, a major rebuilding took place at Chalgrove, and one of the results of the rebuilding were the series of superb wall paintings for which the church is known.

But who paid for the rebuilding - and the wall paintings? There are two main contenders. It may have been Sir Drew Barentin, who rebuilt his nearby manor house at that same time. The second possibility is even more intriguing.

In 1317 Edward II gave the living of Chalgrove to Thame Abbey so that the monks of Thame could say masses for his murdered favourite, Piers Gaveston. Did the unpopular king pay for the Chalgrove paintings as a memorial to Gaveston?

Traditionally the chancel, where the wall paintings are found, was the responsibility of the patron of the living. From 1317 this would have been the Abbot of Thame.

Most people will visit Chalgrove to see the celebrated wall paintings in the chancel, so we'll start our description of the church there.

The paintings date from the years 1319-1340 and form an almost complete set of 44 different paintings, unified around several themes of stories about Christ and the Virgin Mary. They were covered by limewash at the Reformation and only rediscovered in 1858 during restoration work. 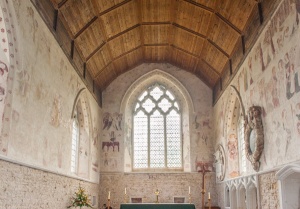 The chancel and wall paintings

On the north wall (to your left as you enter the chancel) is a depiction of Jesus presented at the Temple. Mary holds the infant Jesus out to Simeon, while Joseph and Anna attend her. 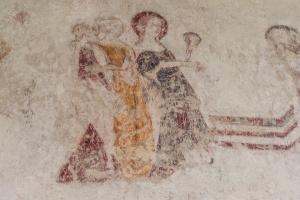 The Presentation in the Temple

Nearby is a Tree of Jesse scene; twining vines showing the presumed family tree of Jesus. 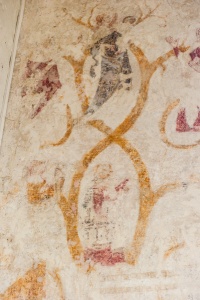 The Tree of Jesse

In the window splays are figures of angels, part of an overall Annunciation theme. 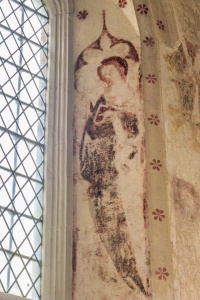 Angel painting in
the window splay

Other scenes on the north wall include the Adoration of the Magi and a rather gruesome Slaughter of the Innocents. 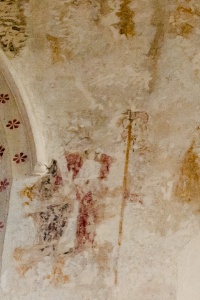 Slaughter of the Innocents

On the north of the east window is a depiction of the Resurrection, with Christ rising above a tomb made of three arches. Under the arches are sleeping Roman soldiers. The arched tomb is a medieval symbol that would have been understood by the 14th-century audience, rather than an attempt to accurately portray Christ's tomb. 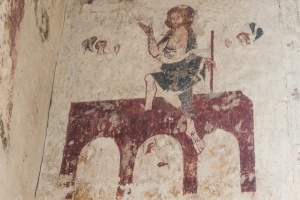 Below the Resurrection scene is a Harrowing of Hell, with Christ leading Adam and Eve from the jaws of a serpent. 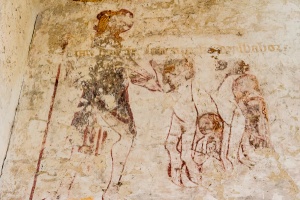 The Harrowing of Hell

Other scenes on the east wall are from a compilation of apocryphal stories about the life of Christ known as The Golden Legend. 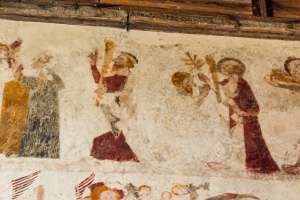 The Miracle of the Jews from
The Golden Legend

On the south chancel wall are several different stories about the Virgin Mary, including a scene of Mary on her deathbed. Part of this scene is obscured by a later memorial. Another scene shows Mary announcing her impending death to a gathering of apostles. 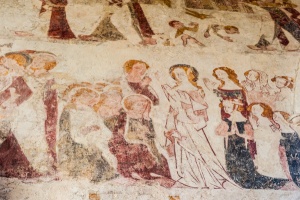 In the south-west corner, beside the chancel arch, is a Doom, or Last Judgement scene. This shows the Last Days, with dead rising from their graves. 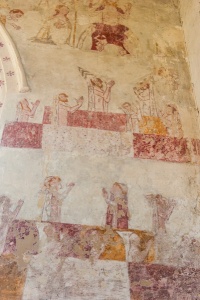 The Doom, or Day
of Judgement

The window splays are lined with floral symbols and paintings of saints. 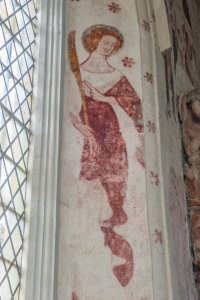 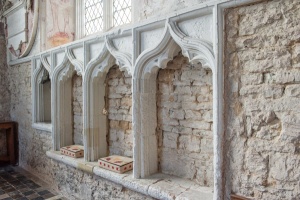 On the south side of the chancel is a beautifully carved 14th-century triple sedilia and piscina, set under cusped ogee niches. On the floor are very nice memorial brasses to members of the Barentin family dating from the 14th to the 15th century. There are two main sets of brasses, one showing Reynald Barentin (d. 1441), clad in full armour, another of his son Drew Barentin (d. 1553), flanked by his two wives.

The beautifully carved pulpit dates from 1660 as do the communion rails. Above the pulpit, to one side of the chancel arch, is an unusual 14th-century cresset. This looks like a piece of swiss cheese, with rounded holes set into the stone.

The holes were filled with pitch, oil, or other flammable material to act as a lamp. In the south aisle is an old wooden bier, carved with the date 1668. On the bier is an oak parish chest, dated to 1500. The east window of the aisle, above the chest, dates to 1320, but the glass is Victorian.

The font was carved about 1660 and features a very unusual twisted central column supporting a delicately carved bowl. The font, like the communion rails and pulpit, was probably inserted during restoration work following damage after the Civil War Battle of Chalgrove. 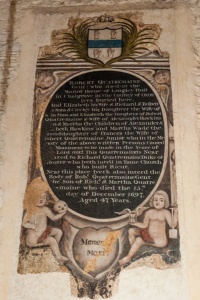 To the left of the tower door is an unusual painted memorial to Robert Quatremain (d. 1692) of Langley Hall. This memorial is thought to be the only one of its kind in England. Another striking wall tablet is that of Benedict Winchcombe (d. 1623) of Oxfordshire.

This is an intriguing memorial; not only are the deceased and his wife shown facing each other across a prayer desk in typical Jacobean fashion, but the couple's children are shown and named by separate inscriptions. It isn't unknown to see children named in a memorial carving like this, but it certainly isn't common.

In the north aisle is a charity board recording a bequest of Mrs Chibnall, incorrectly dated to 1746 but actually a century earlier. All of the north aisle north windows have fragments of medieval glass. Also in the aisle is a tablet to Christian Winchcombe, who died in 1557.

There is a hagioscope, or squint, meant to allow a view of the high altar to those standing outside. These 'outsiders' may have been lepers, but there is no proof to suggest that theory.

On a buttress beside the north door is an unusual inscription, reading TR x IS 1686. Clearly initials, but who they belong to is unknown.

I feel as if I've just scratched the surface with this article. There is so much of historical interest in St Mary's; the wall paintings will rightly get most of the attention, and they are indeed superb, but so too are the memorials and the medieval brasses. This really is a delightful church, in a picturesque village full of historical interest. 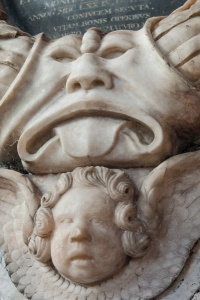 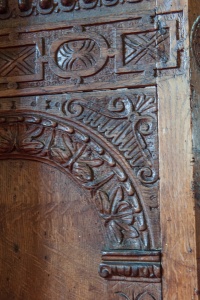 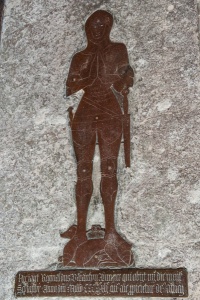 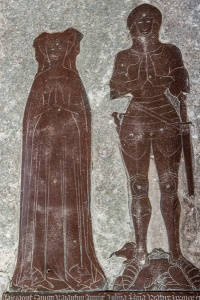 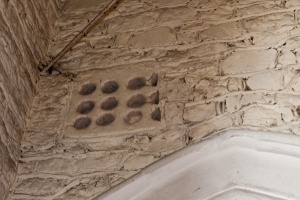 More self catering near Chalgrove

The Angel Restaurant with Rooms - 8.4 miles
Aylesbury, Buckinghamshire
Stay from: £70.00

More bed and breakfasts near Chalgrove