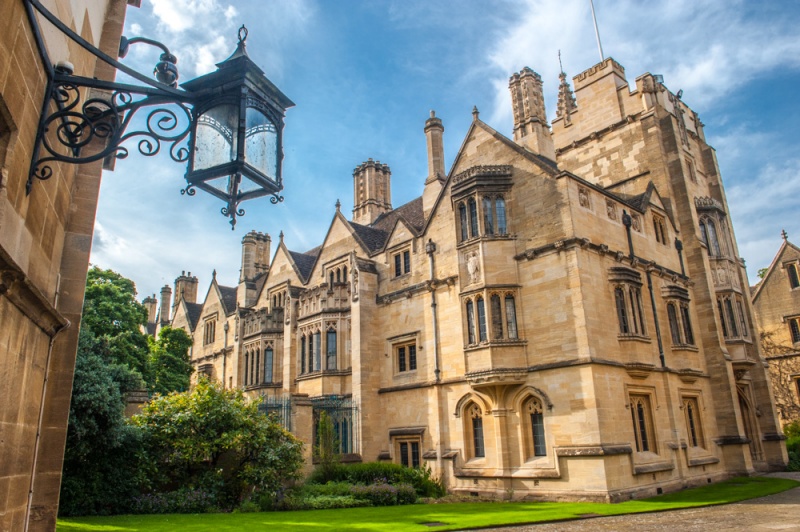 Let's get the important part over with first - the name of Magdalen College is pronounced "Mawdlen", despite the spelling. It was originally founded as Magdalen Hall in 1458 by William of Waynflete, Bishop of Winchester and Lord Chancellor under Henry VI. Waynflyte was an educational reformer who advocated the teaching of classical subjects, such as Latin and Greek, in the English language.

Magdalen Hall was established on High Street, but Waynflyte also acquired land beyond the city walls and established a new college dedicated to St Mary Magdalen. The old hall was later incorporated into Hertford College, but Magdalen College remained and grew.

Bishop Waynflete wanted his new college to be the largest and most impressive in Oxford and provided an exceptional range of college buildings, and a huge income to maintain 40 Fellows and 30 students. The site now occupied by the college had been used by the Hospital of St John, and for a decade the college occupied the old Hospital buildings.

In 1467 the site was totally enclosed by a stone wall, known not surprisingly as Longwall. The Chapel, Hall, Library, and Cloisters were begun in 1478 and finished 3 years later. The Hospital's hall became the new college kitchens and parts of the Hospital chapel are incorporated into the range of buildings facing onto High Street. The Hospital's late 13th-century hall now serves as the college bar. 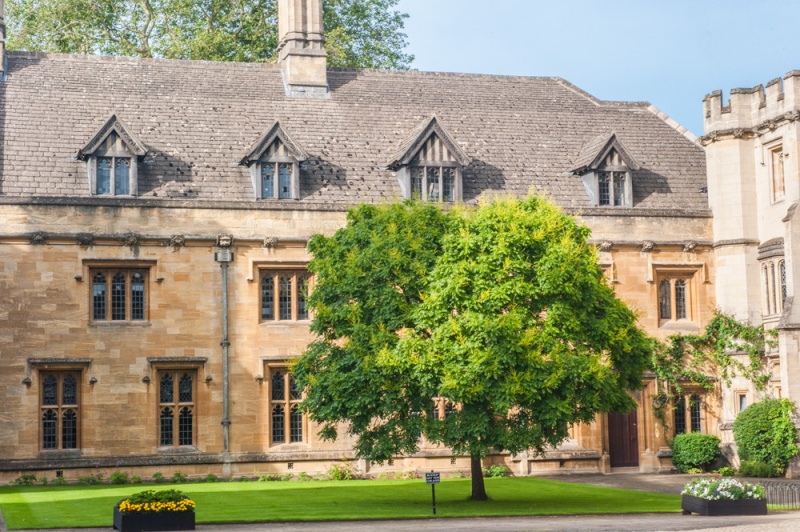 Magdalen has enjoyed royal visits on several occasions. Edward IV came here in 1481 and stayed the night. Richard III followed suit in 1483 and listened to scholarly debates. Henry VII came to Magdalen twice, and the college President was part of the royal embassy sent to Spain to fetch Catherine of Aragon to marry Prince Arthur, the king's heir.

Elizabeth I came here in 1566 and James I came in 1605. Charles I, who set up his Civil War headquarters in Oxford, visited Magdalen, as did his foes Oliver Cromwell and Sir Thomas Fairfax after the war was over.

The iconic bell tower known as Magdalen Tower was added in 1492 and linked to the other buildings on High Street. Shortly after, in 1508, a series of large gargoyles were erected in the Cloister. These gargoyles were allegorical figures known as 'hieroglyphics'.

In 1733 a new range in Palladian style was begun but never finished. Only one large range was completed, called New Building. The ends of New Building were left unfinished in anticipation of more to follow, but the ambitious scheme was never completed.

The College was one of the first to teach science, and it later promoted the Physic Garden beside Magdalen Bridge, which is now the internationally known Oxford Botanical Garden. The garden was established by the Earl of Derby in 1621. In the 1840s the garden's focus changed from exploring the medicinal uses of plants to seeing how plants could contribute to science and industry as well.

One of the most famous graduates of Magdalen was Thomas Wolsey, who rose to the post of Cardinal and served as Henry VIII's chief minister.

James II, never the most popular of monarchs, tried to impose his will on Magdalen, with disastrous consequences. In 1687 he chose a new college President after the incumbent died. The Fellows refused his appointee twice, and James tried to have his opponents expelled. The public outcry made James back down and reinstate them in 1688. The king faced a storm of criticism for his high-handed behaviour and was deposed only a few weeks later.

The grounds of the college stretch over 100 acres of woodland beside the river. Included in the grounds is Deer Park, which houses Magdalen's 300-year-old herd of deer. An unfounded rumour holds that the number of deer must equal the number of college Fellows.

The most famous of the trails through the grounds of Magdalen is the tree-lined Addison's Walk, named after journalist Joseph Addison, who was a Fellow here for over 20 years from 1698 to 1711. The trail probably predates Addison by several centuries; it was almost certainly in existence by the 16th century.

It was originally called the 'Water Walk', and takes in a circular route around a small island in the Cherwell. A more modern literary figure was novelist CS Lewis, who enjoyed Addison's Walk regularly and often walked there with his fellow writer and friend JRR Tolkien. 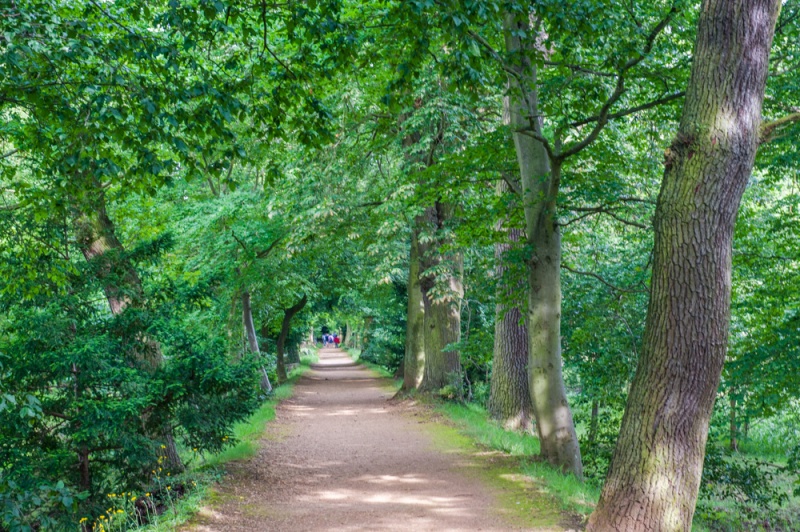 The striking Magdalen Tower dominates the eastern approach to Oxford. In a ceremony that dates to the founding of the college, the Magdalen Choir celebrates dawn from the Tower every May 1st morning. The choir also sings evensong 6 evenings a week during term, beginning at 6 pm. The origins of the May Morning choral service are lost in the mists of time, but it was already considered an 'ancient custom' by the 17th century.

Magdalen is open to visitors throughout the year, and there is a small entrance fee. Visitors can explore the Hall, Chapel, and Old Kitchen Bar, as well as enjoy the riverside walk along the Cherwell with views over the deer park, gardens, and grounds. 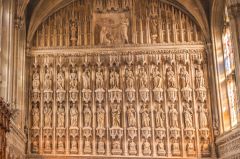 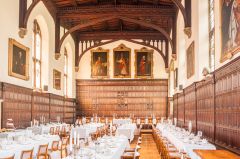 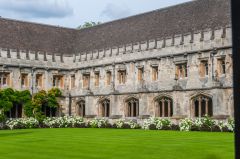 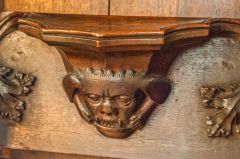 More self catering near Magdalen College