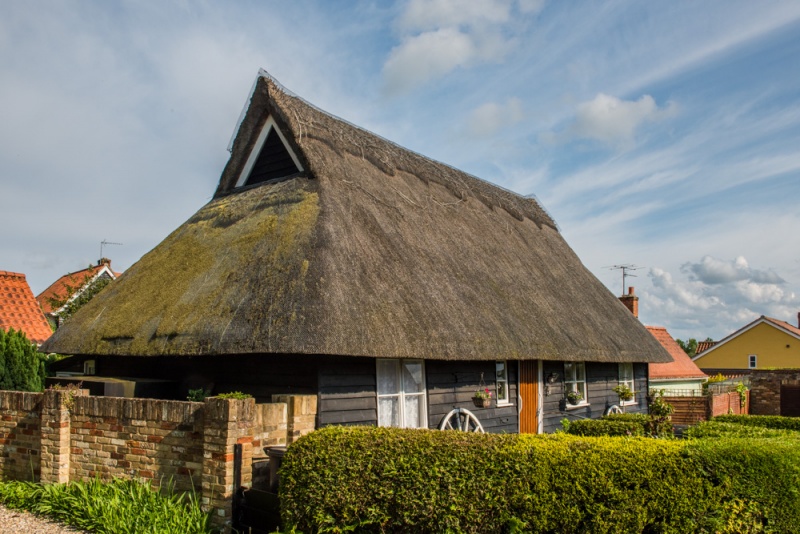 A thatched cottage in Monks Eleigh

Pretty villages line the valley of the peaceful River Brett as it meanders its way through the heart of Suffolk. One of the most picturesque villages in the valley is Monks Eleigh, set almost equidistant between Chelsworth to the east and Brent Eleigh to the west.

The 'Monks' part of the village name might make you think there was a medieval monastery here, but you'd be mistaken; the connection is more tenuous than it would seem, and goes back to the 10th century and the Battle of Maldon, a battle that helped shape the history of England yet is almost forgotten today.

In AD 991 a force of Danes landed at Maldon, Essex. There they defeated the local Saxon leader, Brithnoth, or Byrhtnoth, Ealdorman of Essex. Among Brithnoth's estates was the manor of Ileigh, probably named for a local landowner called Illa. Brithnoth's widow Aelfflaed inherited the Illeigh estate, and in her will she gave it to Christchurch in Canterbury, the forerunner of Canterbury Cathedral. 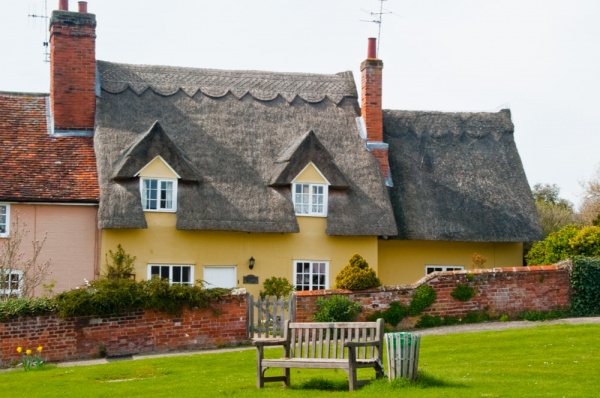 Thatched cottages on the green

In exchange for the income from the Illeigh estate, the monks of Canterbury supplied a priest to serve St Peter's church. The church would have been a simple timber building in the 10th century, but it seems fairly certain that the monks helped pay for the large 14th-century church we see today.

The dedication to St Peter is the same as the monastery of St Peter in Canterbury. The church boasts a 14th-century font of Barnack stone, but the real treasure is a pulpit carved around 1450, one of very few 15th-century pulpits surviving in Suffolk.

Throughout the medieval period, the monks of Canterbury owned the farms, houses, and land throughout the village, and provided a steward to act as lord of the manor on their behalf. The steward lived at The Hall, and the farming business of the Monks Eleigh estate was run from Manor Farm, a moated manor house near the Hall. The monks leased farmland to the local farmers and part of the rent was due 'in kind' (i.e. as foodstuffs rather than as money payment). 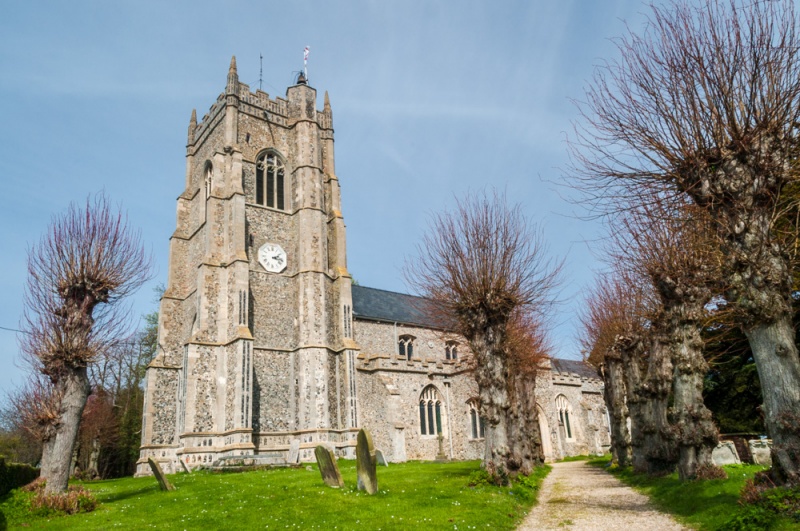 During the medieval period, the wool trade brought great wealth to Suffolk, and several late medieval houses survive as reminders of this period. In Back Lane is Hobarts, a typical early 15th-century hall house, with a crown post roof. The Guildhall on The Street was built around the same time. Strung out along The Street are numerous 16th and 17th-century timber-framed houses, many of them thatched.

When Henry VIII dissolved the monasteries in 1541 the estate, by now known as Monks Eleigh, passed to the Dean and Chapter of Canterbury Cathedral. The Dean and Chapter were lords of the manor until 1863 (with the exception of the brief period of Oliver Cromwell's Commonwealth). In 1863 the estates were transferred to the Ecclesiastical Commissioners.

Modern by comparison to St Peter's church is the United Reform Church on The Street. Its history goes back to 1824 when William Faiers barn was converted into a place of worship for Dissenters. The present church was built on the site in 1870. 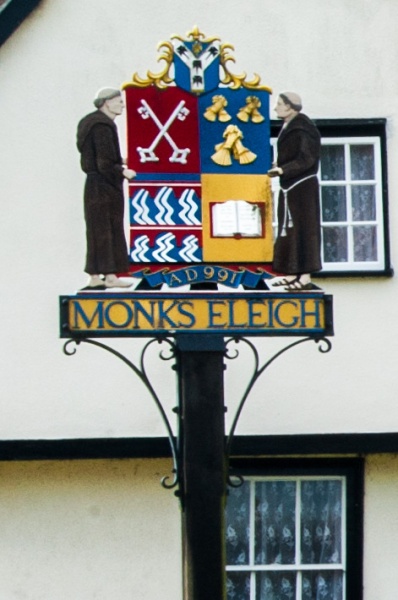 Below the church is the village green, where you will find a village pump, installed in 1854 and listed by English Heritage for its historic interest. A plaque on the pump commemorates the fact that it was built with money raised from the sale of property by Joseph Makin, 'guardian of the poor'.

Only one pub serves the village; The Swan Inn is a pretty thatched pub dating to at least the 18th century.

There are 63 listed buildings in the village, including Monks Eleigh Hall, rebuilt around 1650 by Miles Burkitt, rector of Hitcham. Another historic house is The Fenn on Back Lane, a 16th century house refaced in the 18th century. Then there is Highlands Hall, a 16th century timber-framed house on Highlands Road.

The village sign on the green is a reminder of Monks Eleigh's history; it shows a pair of robed monks holding a coat of arms. At the monk's feet is the date AD 991, the year of the Battle of Maldon.

I've visited Monks Eleigh several times on our family excursions through Suffolk, and it is one of the prettiest villages I've yet encountered. 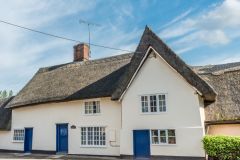 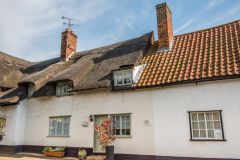 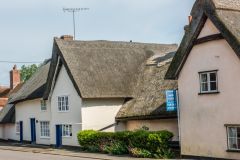 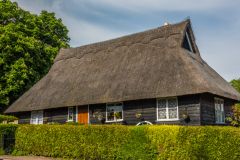 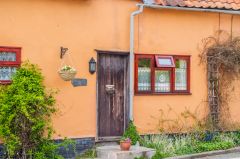 More self catering near Monks Eleigh