HERITAGE HIGHLIGHTS:   Site of the Battle of Stamford Bridge in 1066. 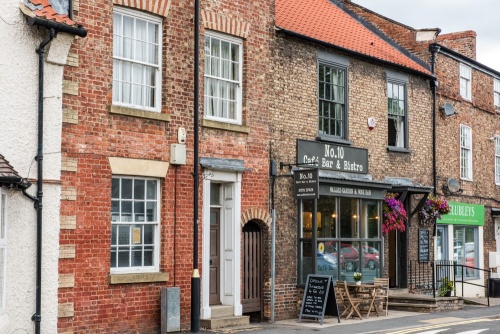 Stamford Bridge is a village astride the River Derwent in East Yorkshire, about 8 miles from York. The village grew up beside an ancient ford across the Derwent, a location whose strategic importance was recognised by the Romans, who built a fort here in AD 70 to guard the ford. A large civilian settlement known as Derventio grew up outside the fort.

Stamford Bridge is best-known as the site of the 'other' pivotal battle of 1066, where King Harold of England defeated an army led by his brother Tostig and the Norse king Harald Hardraada. King Harold could not rest on his laurels, for he immediately had to march south to meet the challenge of Duke William of Normandy and his Normans at the Battle Hastings.

But where was the battle fought?

The truth is that we don't know. A memorial in the form of a large stone stands at the top of a hill overlooking a field where the battle may have taken place. We know that the English came to Stamford Bridge from the west, while Tostig and Harald Hardraada's men were arrayed on the east bank of the river. 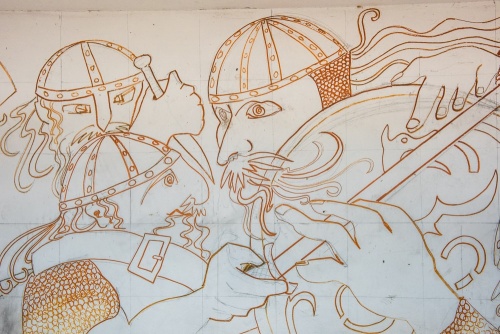 To reach the battlefield memorial you have to park in the village car park off the A166 on the east bank of the river. Walk up The Square to Moor Road, turn right and follow Moor Road past the church until you see Whiterose Drive on your left.

Follow Whiterose Drive to the very top where you will see the battlefield memorial surrounded by a circular area of paving stones. There is an information panel giving an overview of the battle but beyond that, there is nothing to see.

There is a second memorial off The Square, in the form of a roughly carved monolith on a stone plinth. A large plaque is set into the brick wall behind the standing stone with the inscription:

1066
The Battle of Stamford Bridge

A second, smaller plaque is set into the plinth with a similar inscription in Norse reading: 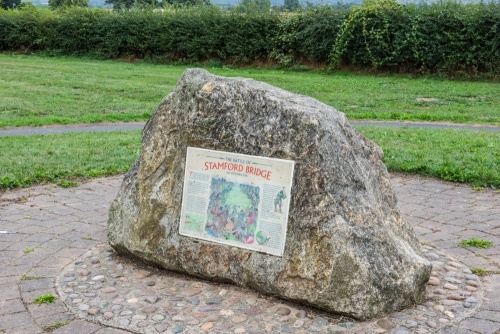 The memorial looks across to a Georgian corn mill, built in the late 18th century with an early 19th-century addition. At the height of its prosperity in the mid-Victorian period, the corn mill had two water wheels and seven pairs of grinding stones in operation. It ceased production in 1964 and has recently been converted into luxury flats.

There are two historic bridges in Stamford Bridge. The northernmost one carries the A166 roadway and a mile to the south is a Victorian railway bridge. We know that there have been bridges here since at least the Roman times. The most famous iteration of the bridge here was standing in 1066 when King Harold's English had to cross it to attack the Norse army.

A timber bridge was built in the Norman period, supported on three stone piers. Records show that this timber bridge had to be repaired in the 13th and 16th centuries. This stood some 70m upstream of the present road bridge. 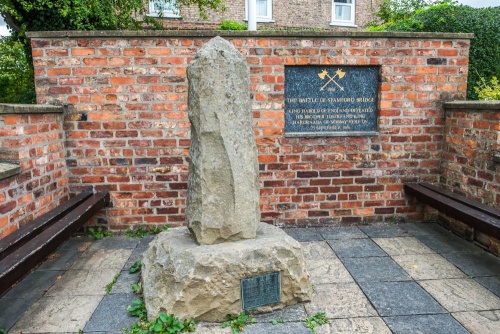 Battle of Stamford Bridge monument on The Square

In the early 18th century William Etty, better known as an artist, designed a new stone bridge. The bridge was opened in 1727 and still carries the A166 traffic today. A pedestrian bridge was added in the 1960s.

In 1847 a viaduct was built a mile to the south to carry the railway line between Beverley and York. The line was closed in 1965 and the viaduct is now part of a popular cycle route.

Both the road bridge and the railway viaduct are listed Grade II* for their heritage interest. 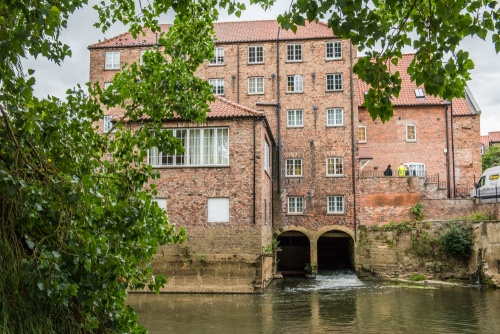 Linking the two historic bridges is a circular walk along the River Derwent, taking in a Special Area of Conservation (SAC) and a Site of Special Scientific Interest (SSSI). The area is preserved for its nationally-important diversity of plant and animal life and the purity of the river water.

In spring the riverside is lush with wildflowers, while roe deer, fox, hare, mink, and otters are frequent visitors. The river is home to lamprey eels, salmon, bream, bleak, ruffe, and bullhead, Pipistrelle bats live in the trees and you can see Daubenton's Bats feeding on insects over the river at dusk. Keep your eyes peeled for mute swans and the elusive kingfisher.

You can join the nature trail from the Old Station car park on Church Road or the Riverside car park on Viking Road. 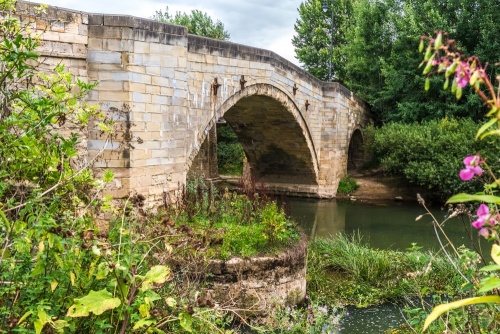 There are several pubs in the village, but the most historic is the Bay Horse on Main Street. The pub dates to the late 18th century and incorporates an early Georgian building.

At the western entrance to the village off the A166 road bridge is a floral planter in the shape of a Viking longship. It is modelled after the 'Ormen', used by King Harald Hardraada. The Ormen featured a bow in the shape of a golden dragon head and a hooked stern representing a dragon's tail.

One side of the bow shows the name Ormen in Viking runes. The other side shows the name Einar, in honour of Tom Wyles, who initiated the planter project an was for many years a leader of the Volsung Viking living history group.

Stamford Bridge is on the A166 about eight miles east of York. There are two public car parks, one on Church Road and another on Viking Road, immediately over the road bridge as you enter the village. 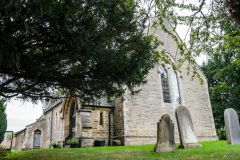 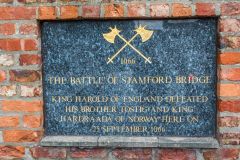 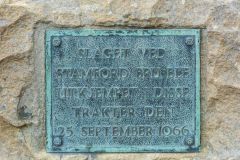 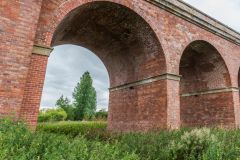 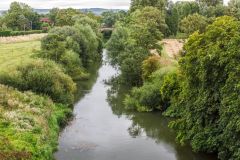 More self catering near Stamford Bridge

Self Catering near Stamford Bridge