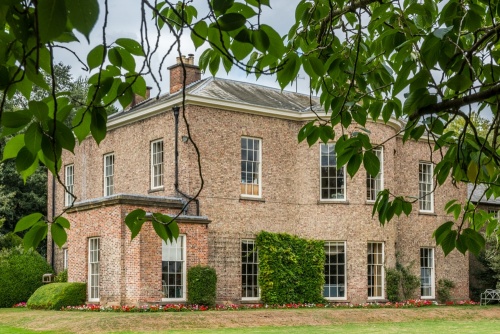 Brockfield Hall is a late Georgian house, built in 1804 by Peter Atkinson for Benjamin Agar. Atkinson worked in the office of noted York architect John Carr ('Carr of York'). The most striking feature of Brockfield is an oval entry hall, which features a cantilevered staircase.

The interiors display fine art and furniture, and mementoes associated with the Fitzalan Howard family. There is also an unusual collection of glass walking sticks on display.

The house is rectangular in plan, with a hipped roof of slate. The most immediately noticeable feature is a large Venetian window on the first floor which is set in a semi-circular arch of stone panels. Below is an ironwork balcony which stands above the entry porch.

Look for portraits of the Stapleton family, Roman Catholic ancestors of the current owners. 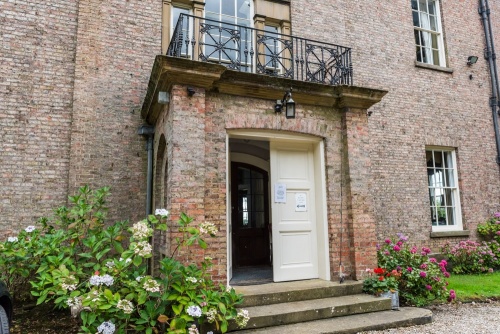 The interior of Brockfield Hall is home to the largest collection of works by the Staithes Group of artists, a colony of between 25-40 artists who worked in and around the coastal fishing village of Staithes in the late Victorian and Edwardian periods. The colony was inspired by the work of French Impressionists like Monet and Cezanne. They worked outdoors and specialised in watercolours and oil paintings.

Brockfield Hall is normally open for visits on the Spring Bank Holiday Monday and throughout August. Please check the official website for current dates and times. All visits are by guided tour, led by the owners. 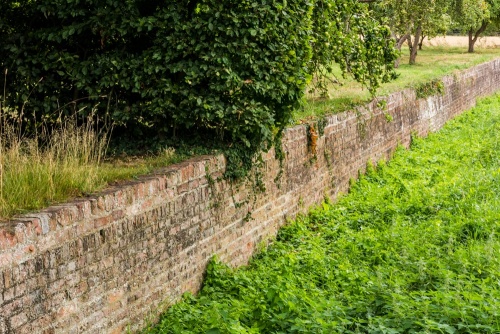 We were fortunate enough to be visiting York for a week in August, and when we realised that Brockfield Hall was open during the time of our stay we jumped at the chance for a visit. We arrived a few minutes early and were able to wander around the small garden before the tour began.

The most interesting garden feature is a ha-ha or hidden ditch that defines the boundary of the formal garden area. There is also a summerhouse overlooking the wide rear lawn, dotted with wire sculptures and a sundial.

The tour was entertaining and the owner was quite obviously proud of the house and its family connections. The highlight was a display of artwork by the Staithes Group. The owner told us about the artists and how he came to be fascinated by their work and began the collection that is now the largest in the world. Unfortunately, we weren't allowed to take photos inside so we can't share any interior views.

Brockfield Hall is a delightful small Georgian house is a peaceful setting. The Hall is five miles east of York between the A64 and the A166. 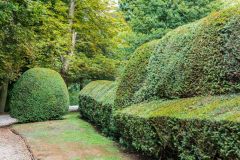 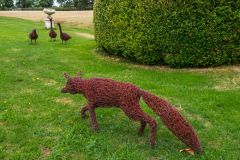 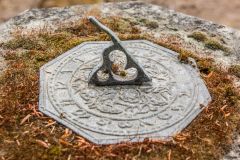 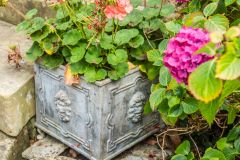 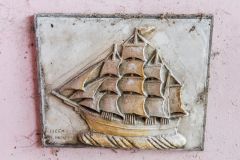 More self catering near Brockfield Hall >>