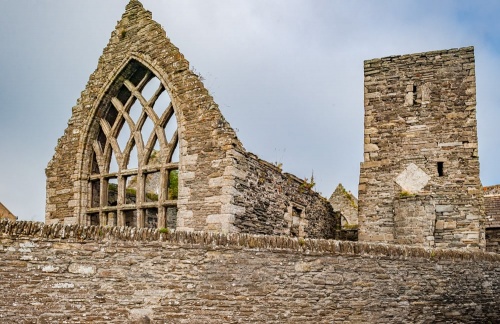 The church may have been established by Gilbert Murray, Bishop of Caithness (d 1245), who also founded Dornoch Cathedral. That early church was partially rebuilt in 1636.

It appears that part of the church was used as a combination gaol and courthouse in the early 18th century. It remained in use as a parish church until 1832 when the new church of St Andrew's and St Peter's was built on Princes Street. 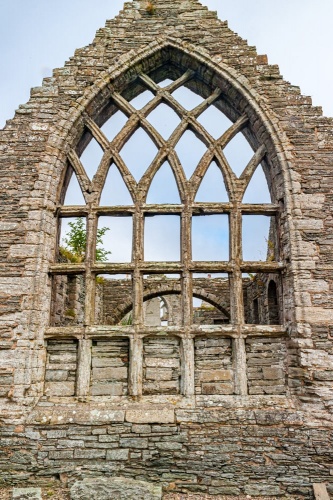 The church layout is cruciform, with no aisles. It is not an equal-armed cross, for the church measures 79 feet on its East-West axis and 82 feet across the transepts.

The east end of the church terminates in a low apsidal cell. Attached at an angle to the south side of the apse is a staircase tower, linked to the body of the church by a vaulted passage. The staircase probably gave access to a west gallery.

The apse is thought to be 12th-century work, while the nave and transepts date to the late-medieval period, perhaps the 15th or 16th centuries. The apse is similar in style to St Margaret's Chapel at Edinburgh Castle, built in the 12th century. 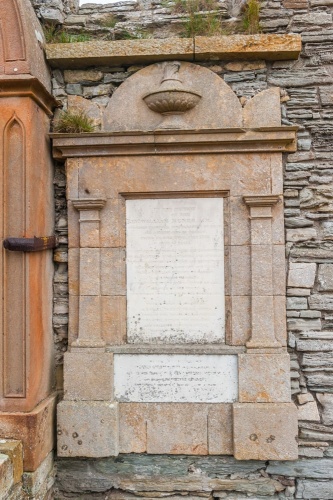 Built into the west wall of the burial ground is a stone tablet carved with the date 1357 and the initials GC and TW. Despite the medieval date inscription, the stone was probably carved in the 16th century.

The most striking feature of Old St Peter's Church is the south gable, which retains its wonderful stone tracery, probably inserted around 1500. A small three-light window in the north transept also retains its tracery, though it is less impressive than the south window.

After the Reformation (circa 1560) the Sinclairs of Forss used the medieval chancel as their family burial enclosure. Much of the church interior is now packed with memorials, many of them recumbent. 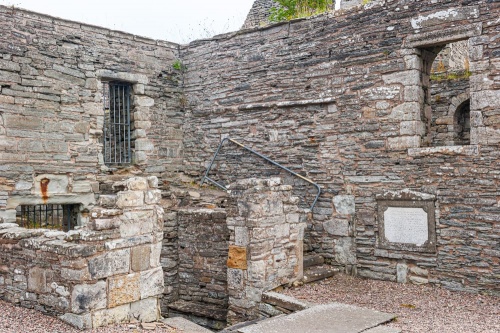 Old St Peter's Church is easy to reach from the town centre. It is a stone's throw from the large parking area at the end of Riverside Road and there is parking along the road itself. It is also easy to reach on foot from High Street.

Every time we have visited, the churchyard has been open to visitors. 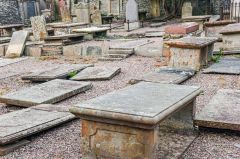 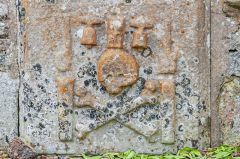 Nearby accommodation is calculated 'as the crow flies' from Thurso, Old St Peter's Church. 'Nearest' may involve a long drive up and down glens or, if you are near the coast, may include a ferry ride! Please check the property map to make sure the location is right for you.

Self Catering near Thurso