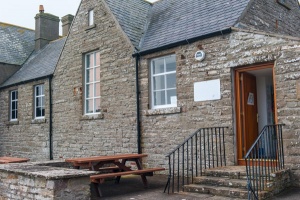 The Caithness Broch Centre is located on the A99 at Auckengill, north of Wick. The centre (formerly the Viking Centre) tells the story of brochs in northeast Scotland.

Caithness has more brochs than any other area of Scotland; in a sense, this area was the home of broch-building, and the museum shows what brochs were, how they were built, and how the broch-builders lived. There are two major themes at the Centre; brochs, and how they influence life in local communities today.

One key question the Centre attempts to answer is, 'what is a broch?". Generally speaking a broch is a drystone tower, with chambers and galleries built into the thickness of the walls.

A major focus is the nearby Nybster Broch, a very short distance away by the shore. The museum tells the story of Alexander Rhind and Joseph Anderson, the archaeologists who first excavated at Nybster, and how their work helped encourage late 19th and early 20th century archaeologists including Sir Francis Tress Barry and John Nicolson.

Tress Barry excavated more brochs than anyone else, particularly those around Sinclair's Bay. Displays show how these pioneering archaeologists first excavated at Nybster and how their work influenced others.

Many of the more interesting finds unearthed during excavations at Nybster are on display, including some intriguing objects like tweezers, stone oil lamps, bone combs, needles, and spoons, and a fascinating set of gaming tokens; obviously life was not all hardship and toil for the broch-builders of Nybster!

The museum is small, and will only take 10-15 minutes to explore. It is best visited in conjunction with Nybster Broch, which I highly recommend! 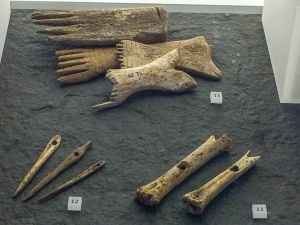 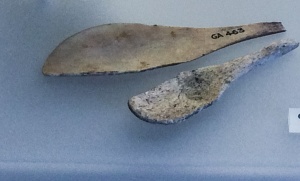 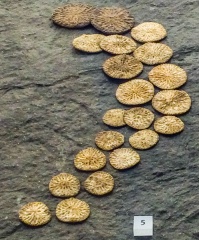 Nearby accommodation is calculated 'as the crow flies' from Caithness Broch Centre. 'Nearest' may involve a long drive up and down glens or, if you are near the coast, may include a ferry ride! Please check the property map to make sure the location is right for you.