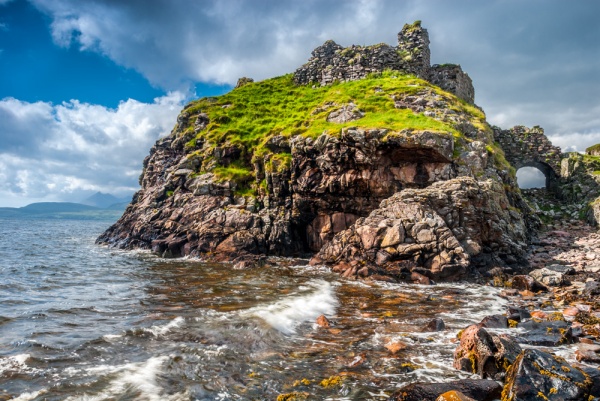 The ruins of Dunsacith Castle, also known as the Fortress of Shadow, stand on a plug of rock on the edge of Loch Aishort, on the western side of the Sleat Peninsula of Skye. The rock was probably the site of a prehistoric fort, but the castle we see today was likely built by Clan MacDonald of Sleat in the 13th or 14th century. Later in the 14th century, the castle was taken by Clan MacLeod, and held by their allies, the MacAskills. 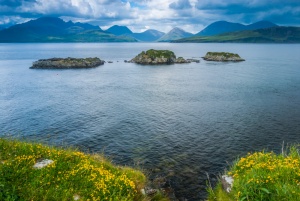 View from the castle wall to the Cuillins

After subjugating the MacDonalds James allowed them to reoccupy Dunscaith, and the clan held the castle until eventually abandoning it in the 17th century. The decisive point came in 1618 when Sir Donald, 8th Chief and 1st Baronet of Sleat, was granted a royal charter for lands in Trotternish, in the north of Skye.

In exchange, he had to agree to make Duntulm Castle on the Trotternish peninsula his clan's seat. After this Duntulm was allowed to decay and it is now a roofless ruin, with scanty remains, but the location atop the rocky outcrop above the shore is one of the most picturesque and compelling on Skye.

The castle rock is only tenuously joined to the mainland by a deep chasm some 20 feet across, once spanned by an arched stone bridge that led to a wooden drawbridge. You can still see holes for the drawbridge built into the side walls of the castle entrance. On the far side of the drawbridge a set of steep stone stairs, now covered with turf, leads up through a passage with high stone walls on either side.

At the top of the stairs, you enter the castle proper, which is also covered in turf. There is not much to see within the castle, but the views across Loch Eishort to the Black Cuillins are outstanding. Offshore you can see the small island of Eilean Ruaridh, and the remains of another ancient fort. Within the remains of the curtain wall is a well, and the partial remains of a tower stair. 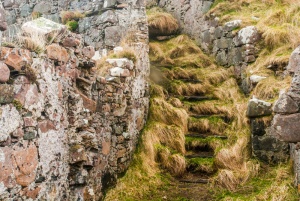 The upper stairs to the castle

It does take some nerve to cross the empty space where the drawbridge used to be, but it is worth it for the views alone. Even if you find the crossing too daunting you can get great views of the castle from the rocky shore below.

Dunscaith features in several Celtic legends. The Gaelic version of the castle name is Dun Sgathaich, after the mythical warrior maiden Scathach, or Sgathaich, who was said to dwell here. Scathach was a teacher of martial arts, and among her students was the Irish hero Cu Chulainn, who came to Dunscaith to learn the arts of combat.

The castle stands near Tokavaig, on the minor road that loops past Ord to Tarskavaig, on the north western edge of the Sleat Peninsula. There is an obvious place to park where a farm track heads off the road towards the shore.

The going is level, and you pass a ruined farmstead before reaching the castle on the edge of the cliffs. It is a walk of no more than 15-20 minutes, and the going is easy, though it is always a good idea to wear good waterproof footwear.

I've been to Dunscaith on three occasions, and each time I return to Skye I try to visit again; it is such a dramatic and picturesque location. 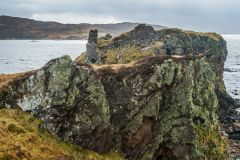 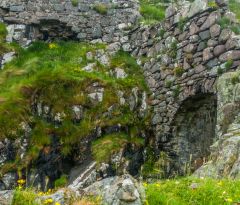 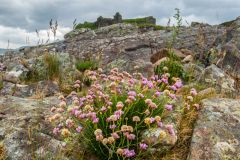 Armadale Castle Gardens and Museum of the Isles - 5.8 miles (Museum)

Nearby accommodation is calculated 'as the crow flies' from Dunscaith Castle. 'Nearest' may involve a long drive up and down glens or, if you are near the coast, may include a ferry ride! Please check the property map to make sure the location is right for you.

More self catering near Dunscaith Castle