Armadale Castle Gardens and Museum of the Isles 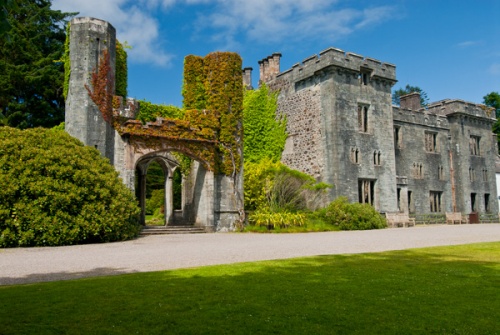 Armadale Castle Gardens and Museum of the Isles

An award-winning museum is set within the grounds of historic Armadale Castle, home of Clan Donald. The museum tells the story of Clan Donald and its role in the history of the Isle of Skye, with six galleries spanning 1500 years of clan history.

The MacDonalds, or Clan Donald, were Lords of the Isles, and their kingdom covered a vast area of western Scotland, taking in the Western Isles and the Isle of Skye, and territory on the Scottish mainland.

Clan Donald played a pivotal role in the history of the Highlands, from clan warfare to the Jacobite Rising, and the eventual breakdown of the traditional clan system. The museum has a large archive section, which will be of aid to people researching their family history.

Clan Donald came to Skye in the 15th century and held castles at Duntulm, Knock, Dunscaith, and Armadale. From around 1650 the clan chiefs began to stay at Armadale, and the mansion house later became a dower house for the widows of clan chiefs.

Perhaps the most famous visitor to the old mansion house at Armadale was Flora MacDonald, known for her role in helping Bonnie Prince Charlie escape capture. She was married at Armadale Castle in 1750. Later visitors included Samuel Johnson and his biographer, James Boswell, who visited in 1773 as part of their famous journey through the Western Isles. 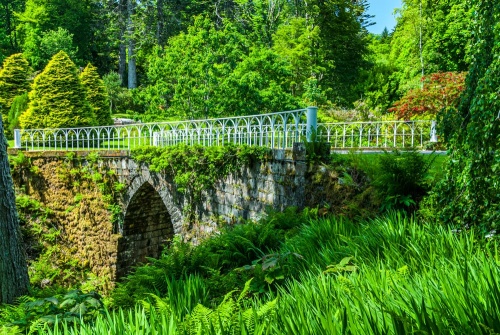 The bridge leading to the castle ruins 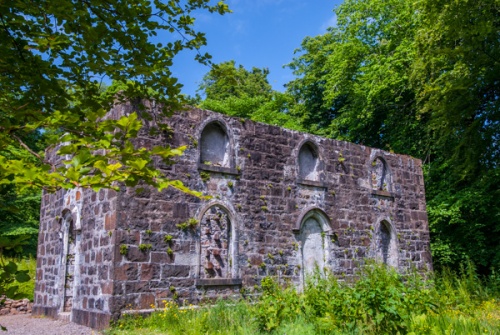 A new mansion house was built in 1790 and extended in 1815 to form the present Armadale Castle. The architect was James Graham, who created a wonderful Gothic fantasy castle, a statement of the clan's wealth and prestige. Unfortunately, the castle was gutted by fire in 1855. Most of the mansion was destroyed.

The central section was rebuilt, leaving the remainder a picturesque ruin. The MacDonald family moved to a smaller house on the estate in 1925, and today the remains of Armadale Castle are only a romantic facade, set within a beautiful garden. 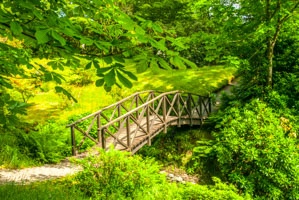 Wooden bridge on a woodland trail

The gardens are magnificent. They extend to roughly 40 acres and include 200-year-old trees looking down on a lush carpet of bluebells, orchids, and wildflowers. The gardens are a sheltered haven for plants from around the world, including birch from the Himalayas, New Zealand giant daisies, and the colourful Chilean Fire Bush (Embothrium).

The remarkably lush gardens are the result of a mild climate, aided by the warm Gulf Stream. There are terraced walks, woodland trails, and quiet streams running through one of the most peaceful gardens you can imagine. 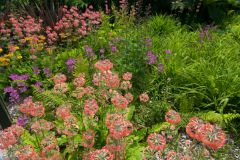 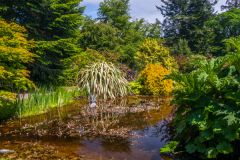 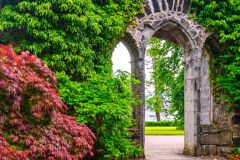 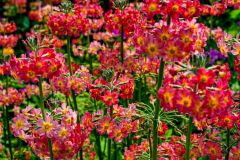 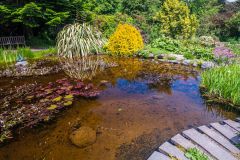 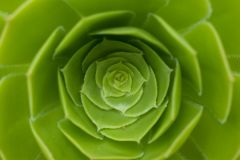 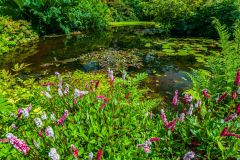 Nearest Accommodation to Armadale Castle Gardens and Museum of the Isles:

Nearby accommodation is calculated 'as the crow flies' from Armadale Castle Gardens and Museum of the Isles. 'Nearest' may involve a long drive up and down glens or, if you are near the coast, may include a ferry ride! Please check the property map to make sure the location is right for you.

More Hotels near Armadale Castle Gardens and Museum of the Isles >>