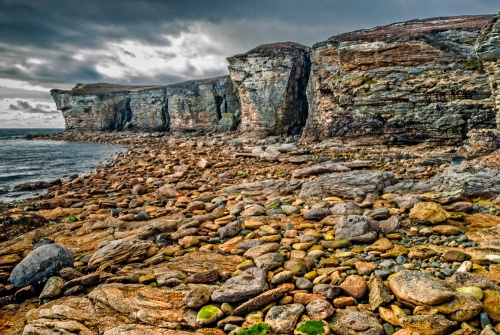 In the months following his defeat at the Battle of Culloden, Bonnie Prince Charlie criss-crossed the Scottish Highlands, staying one step ahead of his pursuers. He slept in cow byres, bothys, under rocks, and in the open air, seeking help from Jacobite supporters but never staying long in one place. The tale of his escape from Benbecula, dressed as a serving girl in the employ of Flora Macdonald is well known (see our article on Flora Macdonald's Grave for more).

Macdonald left the Prince on Skye, where he sought aid from his supporters. He stayed briefly in Portree, then on Raasay Island, but he feared the island was too small to conceal him for long, so he returned to the main island.

On the night of 3 July 1746, he left Scorobreck, posing as a servant of his companion, Malcolm MacLeod. The pair walked through the night to Elgol, in MacKinnon country, where they stopped at the house of MacLeod's brother-in-law, John MacKinnon.

There they met the chief of Clan MacKinnon, who took charge of the Prince's welfare and the task of organising his escape. The Prince sheltered in the cave now named for him and on 4 July John MacKinnon and four friends rowed the Prince across to the mainland. Malcolm MacLeod, who stayed on Skye, was arrested a few days later.

The Prince would have many more narrow escapes, barely avoiding capture on numerous occasions, before he safely boarded a French ship and fled abroad to safety. 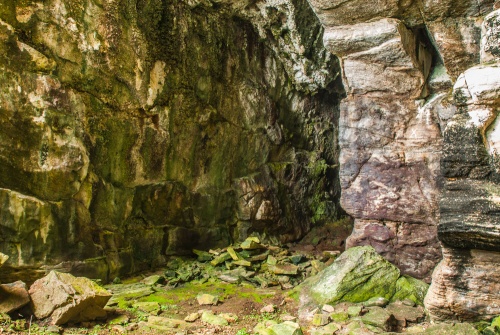 Prince Charlie's Cave can only be reached on foot, and then only for 2 hours either side of low tide, when the cave entrance is exposed. The easiest starting point is beside the parking area by the harbour in Elgol.

If you come at the height of summer the parking area may be full, but there is another parking area a short distance up the hill near the village hall. There is usually a notice board with tide times posted. Please pay close attention to the times; the cave can only be reached for about 2 hours either side of low tide.

The path rises from the harbour up onto the moor, running along the edge of cliffs with sweeping views. The going gets boggy in places so good waterproof footwear is definitely in order. Ahead you will see the Isle of Rum, but if you turn around you get fabulous views towards the Black Cuillins.

The path follows the curve of the coast past the sea stack at Suidhe nan Eun, and detours inland to get past Suidhe Biorach. According to legend a childless woman who sits atop the crag will become fertile. The high cliffs drop down at last to the small bay of Port an Luig Mhoir. 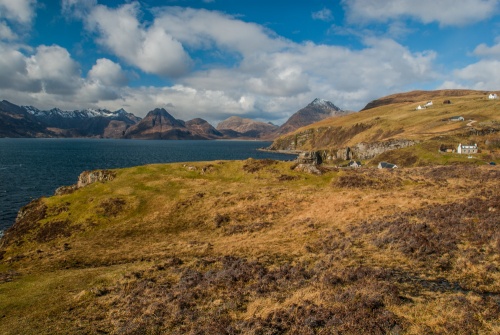 The start of the walk at Elgol

The first opening is shallow, and leads only to a branch back to the beach. Some guidebooks call this small through-cave the one where Bonnie Prince Charlie sheltered, but this seems highly unlikely, for it would be underwater at high tide. If you continue past the second opening the actual cave will come into view.

The entrance is partly hidden by large boulders, and you have to scramble over them to reach the cave opening. From the large mouth of the cave, a smaller passage runs into the hillside for at least 50m. The large entrance area is almost certainly where the Prince spent his last night on Skye. It won't take long to explore the cave, which is just as well, for you don't want to take too long and get trapped by the incoming tide.

The total distance for the walk is about 4km (2.5 miles) and will take approximately 2-3 hours round trip. Our family did it with two small children, and loved it, so you know it isn't too taxing. It is well worth the effort, for the scenery can be breathtaking, and it is fascinating to imagine what it would have been like here for the fugitive Prince.

NOTE
Just to confuse things there are several other caves in the Highlands where Bonnie Prince Charlie is supposed to have sought refuge and which are labelled on OS maps as 'Prince Charlie's Cave'. The most famous is at Arisaig, in Lochaber, where he spent his final night on Scottish soil before he boarded a French vessel at Loch Nan Uamh on September 19th 1746. 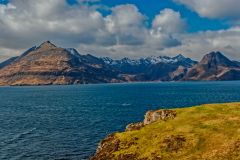 Armadale Castle Gardens and Museum of the Isles - 9.1 miles (Museum)

Nearby accommodation is calculated 'as the crow flies' from Prince Charlie's Cave. 'Nearest' may involve a long drive up and down glens or, if you are near the coast, may include a ferry ride! Please check the property map to make sure the location is right for you.