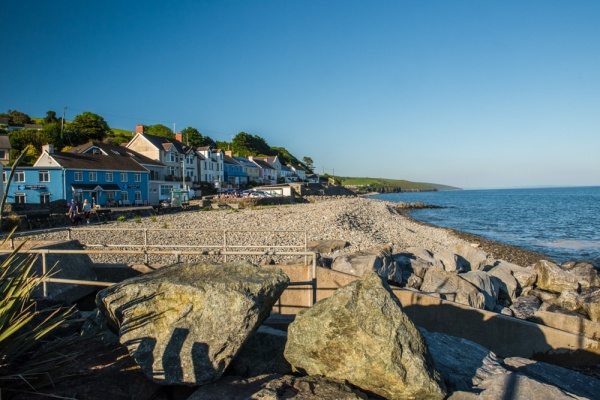 The beach at Amroth

Amroth is a pretty coastal village on the border of Carmarthenshire and Pembrokeshire, with a reputation as one of the finest seaside resort villages in Wales. The village draws visitors to its secluded, sandy beach on the shore of Carmarthen Bay.

The beach has been awarded Blue Flag status for its clean water. It is a mix of sand with a pebble bank, and much of it separated from the village by a seawall. At low tide, you might catch views of a petrified forest created about 5,000 BC.

Amroth is really a village in two parts. Close to the sea are clustered several pubs, shops, and food outlets catering to seaside holiday-makers. Further inland, sheltered from the sea by dense woodland, is the medieval parish church of St Elidyr and Colby Woodland Garden, a magnificent sheltered garden surrounding a historic house.

The area was first settled about 2,000 BC, and there was an Iron Age fort overlooking the sea about 2,500 years ago. The Romans established a villa near the coast in the 2nd century AD. After the Romans departed the Celts founded a hillfort, and in the 9th century Viking raiders settled here and named the place Earewear, which translates as 'sand bank'. 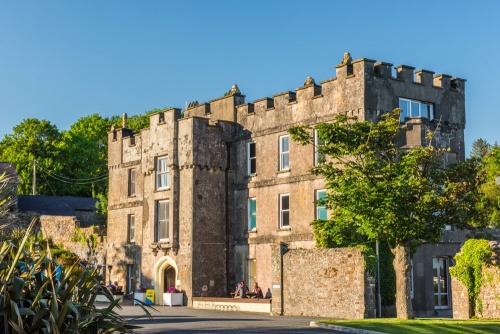 When the Normans invaded southern Wales in the late 11th century they built a traditional motte and bailey fortification on the site of the Celtic hillfort. Earewear stood between the Norman territory to the west and the Welsh territory in Carmarthenshire to the east and as a result control of the area was bitterly contested between the two sides.

The castle was captured and recaptured several times over the centuries; the Welsh took control in 1102 but the Normans recaptured it by 1115. Earewear was attacked and badly damaged twice by the Welsh in the early 13th century.

By the middle of the 14th century, the castle was the seat of the Elliott family, who rebuilt it closer to the sea. Some of the high walls surrounding the castle date to this 14th-century rebuilding. The castle was rebuilt again in 1455 by John Elliott. The front tower survives from the 1455 reconstruction. The Elliott family died out in the 18th century and the castle passed to Captain James Acland, a retired naval officer.

Acland rebuilt the castle as a comfortable mansion. He played host here to Admiral Nelson and his mistress Emma Hamilton in 1802. The castle was sold and resold over the next century, serving for a time as a private lunatic asylum. In the 1930s a secret tunnel was discovered leading from the castle to the beach. The tunnel was filled in when the castle was requisitioned by the military in WWII. Today Amroth Castle is home to a holiday park offering luxury caravan accommodation, seaside cottages, and rooms within the castle itself.

Amroth is home to the New Inn, a 16th-century family-run pub that began life as a farmhouse. The bar area was the original farmhouse kitchen and boasts a traditional open fire. On the seafront is the Amroth Arms, one of the most popular pubs in Pembrokeshire and a great place to catch a bite or simply relax with a drink and watch the sea. 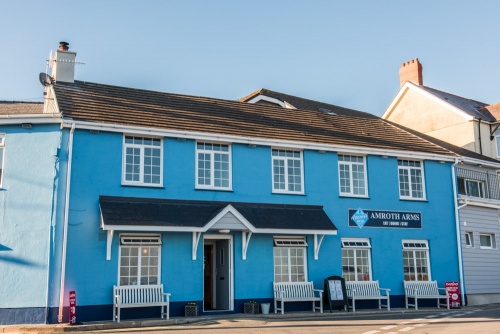 Amroth's parish church was built in the 12th century on the site of a much earlier Celtic llan. From 1150 it was owned by the Knights Hospitallers of St John of Jerusalem. It was rebuilt in the 13th century and again in the middle of the 15th century by John Elliott of Amroth Castle. Historical highlights include a late Norman font carved with foliage patterns. Look for 18th-century memorial to the Biddulph family, who succeeded the Elliotts as owners of the castle. Outside the church stands the stump of a 9th-century preaching cross. 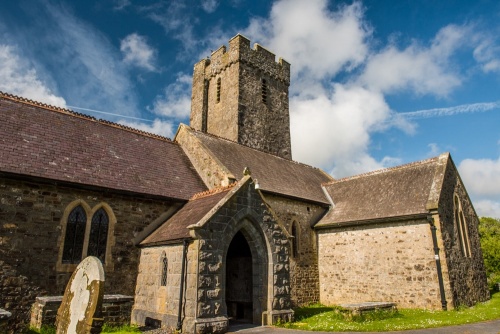 Just a short stroll from the church is this delightful garden, created by Samuel Kay, a wealthy pharmacist from Stockport, who purchased the country house here in 1873. The garden features a mix of woodland paths through a colourful landscape of magnolias, Japanese maples, and camellias. Rhododendrons thrive in the woodland and beside a small pond. Colby is also home to the tallest Japanese redwood tree in Britain, reaching 134 feet high. Closer to the house is a formal walled garden, made from the original kitchen garden for Colby Lodge. 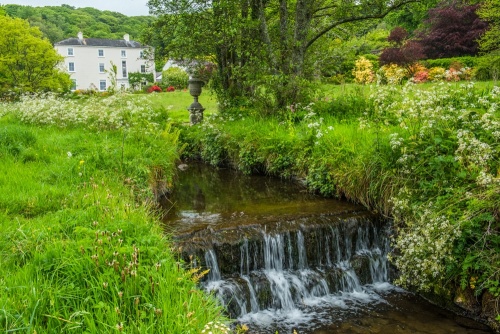 Amroth is the starting point for the Pembrokeshire Coast long-distance path, which follows the coast some 180 to St Dogmaels in Cardiganshire. 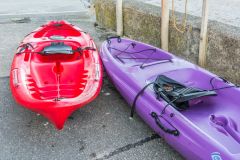 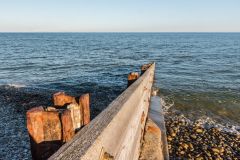 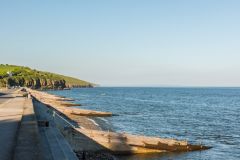 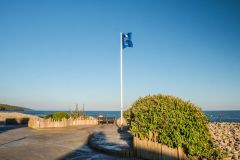 More self catering near Amroth

More bed and breakfasts near Amroth

Self Catering near Amroth