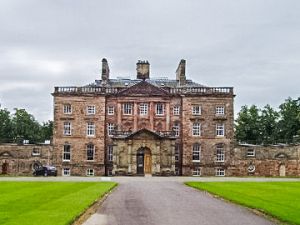 Arniston House
The family seat of the Dundas family, Arniston House is an elegant Palladian mansion built in 1726 by architect William Adam and continued by his son John.
History
The Arniston estate was a royal hunting ground until David I granted it to the Knights Templar in the 12th century. When the Templars were outlawed by the crown, their estates passed to the Knights of St John (the Hospitallers). Then in 1571, the Hospitallers sold the estate to George Dundas of Dundas Castle. Dundas intended the castle as an inheritance gift to his second son, James Dundas.

James Dundas later served as Governor of Berwick and erected a U-shaped house and a walled garden at Arniston around 1620. Through the 17th century, the Dundas family became one of the most powerful in Scotland, creating something of a dynasty at the top level of the legal system, serving as MPs, judges, Lord Advocates, and Solicitor General for Scotland.

By 1726 the house at Arniston must have been woefully out of date. Then Robert Dundas, soon to become Lord President of the Court of Session, called in architect William Adam to create a new house in baroque style, incorporating parts of the earlier tower house and closing off the U-shape to create a rectangular building.

Work ground to a halt in 1732 when Robert Dundas ran out of money. Only the centre and east wing were complete by then, leaving Arniston a peculiar half-finished shell. In 1753 Robert Dundas died, and his son, also named Robert, called in William Adam's son John, who finished the house.

William Adam designed formal gardens to the south of the house, but in the 1750s these were swept away in favour of fashionable landscape gardens laid out by Lancelot 'Capability' Brown. Look for the Sunken Gardens, and views north to Arthur's Seat in Edinburgh.

House tours include the restored Dining Room and Drawing Room, featuring John Adams' original decoration. Much older is the Oak Room, which was part of the medieval fortified tower house. There are a pair of libraries; one designed by William Adam hosts a collection of fine ceramics. In the portrait room are paintings by famous artists George Romney and Sir Henry Raeburn.

More self catering near Arniston House >>

This fabulous third-floor apartment is beautifully situated in the sought after Leith Shore backing onto the Water of Leith and is part of a unique late 18th Century converted cooperage. It has elevator access and …
Sleeps 2 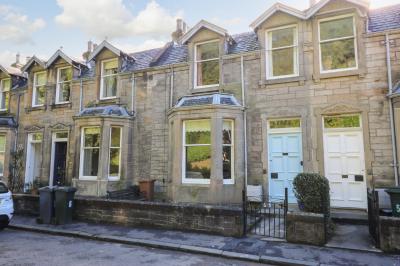