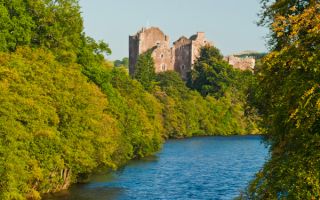 Dounce Castle is a remarkably unaltered late 14th-century courtyard castle on the River Teith, built by the Regent Albany. See the castle great hall and imposing gatehouse residential quarters.
History
The impressive castle of Doune stands on high ground overlooking the River Teith and Ardoch Burn. The name Doune comes from the ancient Gaelic dun, or fort, a reminder that an earthwork fort stood here in prehistoric times. Nothing of that dun remains, for in its place stands a mighty late 14th-century stone castle built for Robert Stewart, the 1st Duke of Albany, Regent during the reign of his brother Robert III. Albany was more than a temporary steward; he was king in all but name during Robert's reign and the minority and captivity of James I. Albany is known by the moniker 'Scotland's uncrowned king', and if Albany was king, then Doune was his royal castle.

The mightiest feature of Albany's fortress was the rectangular gatehouse, which originally stood 95 feet high. Any attacker trying to pass through the gatehouse would have to breach a portcullis and an iron yett (a form of hinged gate), before entering a vaulted passage pierced by arrow loops and murder holes. The entrance passage is 40 feet long, an indication of just how seriously Albany took defensive measures at Doune. 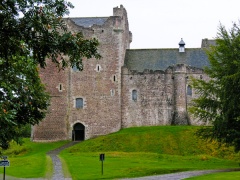 Approaching the gatehouse tower
What makes Doune remarkable is that it was planned and built 'in one go'. What we see today is not the result of centuries of rebuilding, tearing down, and starting again that we see in most castles. If Albany were to stand inside Doune today he would recognise most of his original work. It is still one man's idea of what a proper fortified residence needed to be around the year 1400.

Albany originally planned to build four ranges set around a central courtyard. For whatever reason, the fourth side was never built, so we are left with two ranges of residences (the north and west ranges) and principle chambers on the east side. These include the Gate Tower, a huge 4 storey residence for the duke and duchess with its own gatehouse and entrance from the duke's hall at first floor level. From the Gate Tower the duke could pass through directly to the dais of his great hall. At the far end of the hall was a kitchen tower, with kitchens below and residences above. 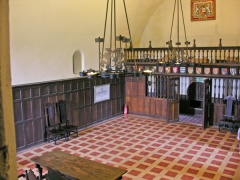 The Lord's Hall
When Albany died in 1420 Doune passed to his son Murdoch, until he was executed by James in 1424. The castle then became a royal hunting lodge, popular with the Stewart court because it was only 8 miles from the royal court at Stirling. The castle became a dower house for a succession of widowed queens, including Mary of Gueldres (James II), Margaret of Denmark (James III), and Margaret Tudor (James IV).

The Stewart hold on Doune continued through the troubled reign of Mary, Queen of Scots, and in the late 16th century the Stewart owner of Doune became first Lord Doune, then Earl of Moray. It was only after James VI left Scotland to take up the English throne that Doune ceased to be a royal retreat from the pressures of court life.

In 1645 Doune was garrisoned by the Marquis of Montrose, and in both 1689 and 1715 it was held by royalist troops during the first two major Jacobite rebellions. Bonnie Prince Charlie captured Doune in 1745 at the outset of his ill-fated attempt to win the crown. He left the castle under Macgregor of Glengyle, and under his care the castle served as a prison for royalists after the Jacobite victory at Falkirk in January 1746. 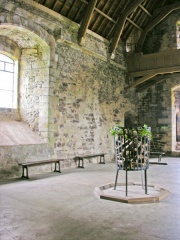 The Great Hall
By the late 18th century Doune had ben allowed to fall into decay, but it was rescued from total destruction by the Earl of Moray in 1883 and it is largely his restoration we see today.

Visiting
Like many people, my first exposure to Doune Castle came in the popular film Monty Python and the Holy Grail. So strongly etched are the scenes from the film in my mind that I half expected to see John Cleese leaning over the parapets, shouting insults as we approached the front gates.

Doune today plays up the Monty Python connection - you can even download a free Holy Grail mp3 guide to listen to as you explore the site. But make no mistake, this is not a film set, but an authentic medieval castle, and one of the most impressive 15th-century fortresses in Scotland. The views from atop the battlements are fabulous, but the real gem of the castle is the great hall, a magnificent chamber that served as the hub of communal life at Doune. Historic Scotland calls this one of the best preserved great halls in Scotland, and I can see why. The hall is over 11 metres high (about 34 feet); it truly is an imposing chamber, suited to the man who ruled Scotland in all but name. 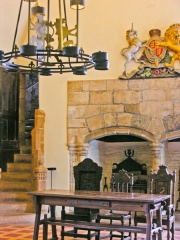 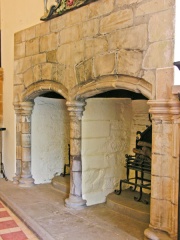 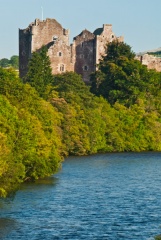 Doune Castle and the River Teith 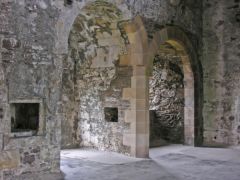 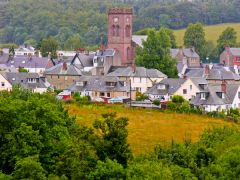 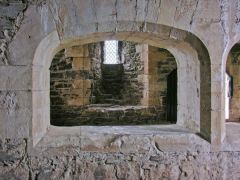 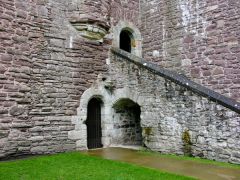 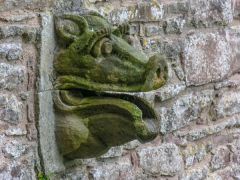 More self catering near Doune Castle >> 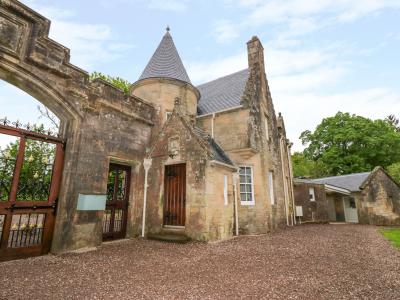 This delightful stone cottage rests on the outskirts of Doune, in Scotland and can sleep four people in two bedrooms.
Sleeps 4