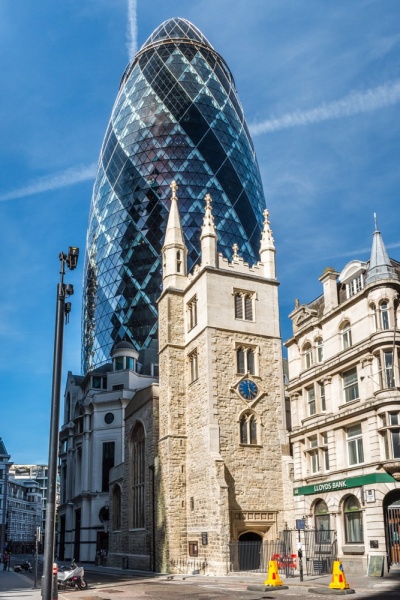 St Andrew Undershaft is a largely Tudor church housing a memorial to John Stow, author of the 1598 "A Survey of London". The unusual name of the church comes from the fact that a maypole once stood nearby, so the church stood literally 'under the shaft' of the maypole.

It is perhaps ironic that the church that gained its name from a large maypole shaft now stands almost in the shadow of another large London landmark; 30 St Mary Axe, popularly known as The Gherkin.

There has been a church here since at least 1147, but the present church is almost entirely a product of a rebuilding in 1532. The curious name of the church comes from a fact that during the Middle Ages a large maypole was set up opposite the church each spring. The maypole was said to be so tall that it looked down on the church's own tower!

The maypole custom died out in 1517 after students rioted, and the authorities removed the pole. The pole itself stood until 1647 when the leaders of the Commonwealth ordered the shaft cut into pieces and destroyed as a pagan idol. 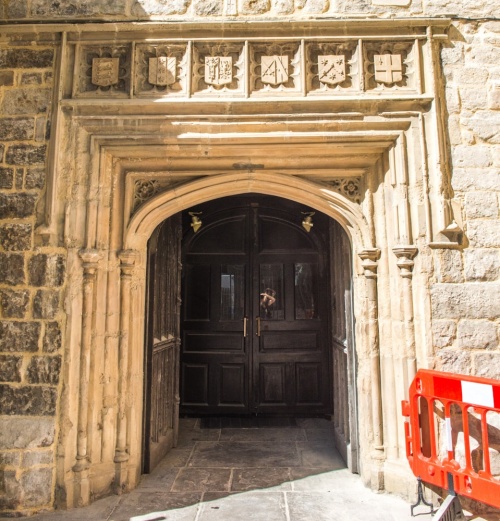 Though the interior was restored in the Victorian period, the restorers blessedly left many of the original Tudor furnishings untouched. There is a large organ dated to 1696.

John Stow is commemorated with an alabaster monument, built after his death in 1605. Stow's bust holds a real quill pen, and this pen is replaced with a new one by the Lord Mayor of London in a triennial ceremony in association with the Merchant Taylor's Company.

An earlier Lord Mayor, Hugh Hamersley, has a memorial inside the church, and another famous name associated with St Andrew's is the painter Hans Holbein, who lived in the parish and would have attended services here.

Unfortunately, the church is normally closed to the public, but you can make arrangements for access with St Helen's Bishopgate, who now run the church. 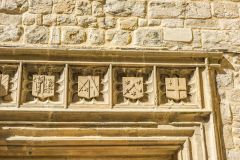 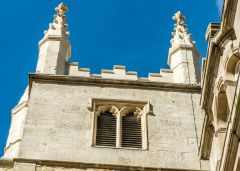