HERITAGE HIGHLIGHTS:   Historic medieval market on the site of a Roman forum and basilica 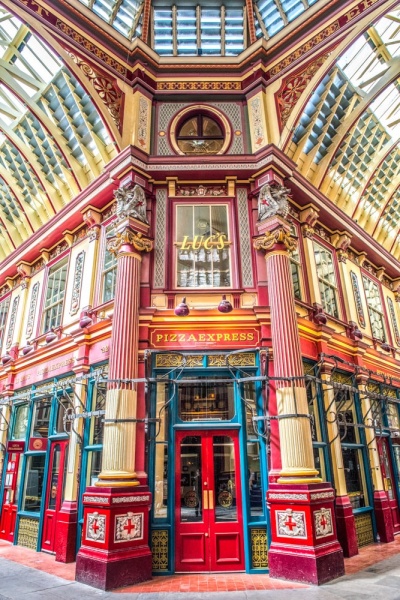 A historic London market, located between Lime Street and Gracechurch Street. The site occupied by the market once held the basilica and forum of the Roman city of Londinium.

During the Middle Ages the site was owned by the Neville family, whose mansion house boasted a roof of lead, hence the name 'Leadenhall'. A poultry market was established sometime prior to 1377 for people from outside the city of London.

The Corporation of the City of London, under the leadership of the Lord Mayor Dick Whittington, purchased the site in 1411 and the market was enlarged to provide a site for selling poultry, grain, eggs, butter, cheese, and other foodstuffs.

In 1488 Leadenhall Market was granted a monopoly for selling leather, and in 1622 cutlery was added as a monopoly to Leadenhall. 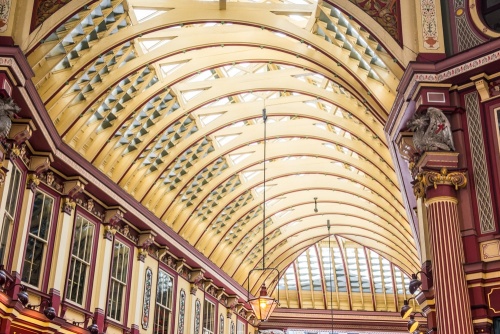 The Neville's mansion and the market buildings of Leadenhall were destroyed in the Great Fire of London. The market was rebuilt as three distinct areas selling beef, herbs, and lamb related products, plus fish, poultry, and cheese.

In the early 1800s, an enormous number of geese were sold from Leadenhall Market. One goose that achieved a measure of notoriety was 'Old Tom' a gander that survived the unfortunate end that met his fellows and became a local celebrity, being feted and fed at all the local inns. When Old Tom finally died (of old age) in 1835 he lay in an open casket so that mourners could pay their last respects.

The stone market structure was replaced in 1881 by the current market building, a lovely cast iron and glass structure designed by Horace Jones. Under the glassed roof are cobbled alleys leading past colourfully painted retail shops.

The market is no longer specifically for game, meat, and poultry, but provides a more general retail environment, like a modern shopping centre in a more attractive historic environment.

The market was used as a location for Diagon Alley in the 2001 film Harry Potter and the Philosopher's Stone and today it draws visitors as much to enjoy its special ambience and evocative architecture as to pick up a bargain in one of the shops. 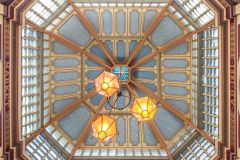 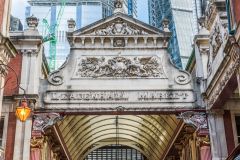 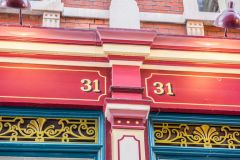 More self catering near Leadenhall Market >>