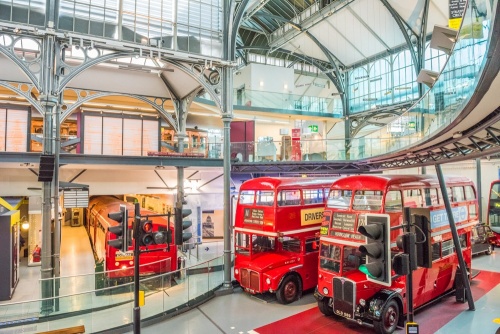 London Transport Museum is one of the most popular London museums, now with an expanded mandate to include cycling, walking, taxis and river transportation, as well as the familiar Tube, buses and trains. The museum includes interactive exhibits, displays of historic posters, and the future of transportation.

The museum is split into two parts. The main site is at Covent Garden and is open daily throughout the year. The second site is in Acton, and is known as the London Transport Museum Depot, and is open only on certain days.

At the turn of the 20th century, the London General Omnibus Company started to preserve and collect buses as they were retired from active service. The LGOC was later absorbed into the London Electric Railway company, so the collection expanded to take in rail vehicles. 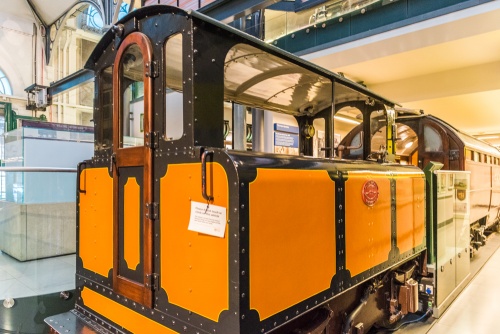 As the organisation of London's transportation system evolved, the collection grew. Some of the rail vehicles eventually made their way to the National Railway Museum in York, but what is left traces the history of London's transport system from its origins in the late 19th century, up to the present day.

See omnibuses, trams, trolleys, rail cars, and city buses, plus posters, timetables, models and transport equipment and tools from the early 19th century. One of the collection highlights is the very first underground electric train, launched in 1890. From the same time period is a 'padded cell' rail carriage. Then there's the familiar red London bus, both single and double-decker varieties. And you can see what life was like long before public transport when wealthy Londoners used sedan chairs carried by a pair of porters. 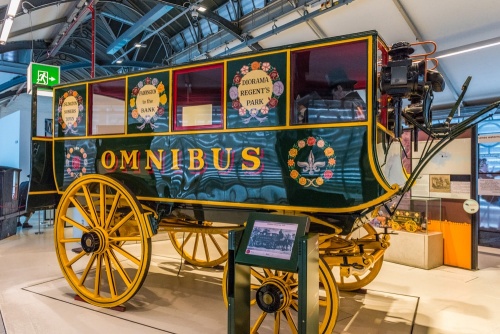 See the original artwork created by Harry Beck for the iconic London Underground map, plus advertisements and a special display on the evolution of the roundel transport logo used on all London's transportation.

The museum follows several main themes, including 19th century London, which shows how people got around the city before the advent of public transport. From water taxis to horse-drawn cabs and trams, see how London's transport system evolved.

The Steam Underground exhibit looks at the world's first underground railway, the Metropolitan, which launched in 1863 with a rail link between Farringdon and Paddington station. Learn why users of the underground steam transport system regarded it as a form of mild torture!

The Growth of the Suburbs exhibit looks at how the growing city made use of existing rail lines and linked overground rail and underground tube links. One fascinating part of the story is how the Metropolitan Railway became a property developer itself, building new suburbs with easy access to its rail lines. See posters and publicity material aimed at promoting 'Metroland' as a place to settle in the countryside and still commute to the City of London for work. 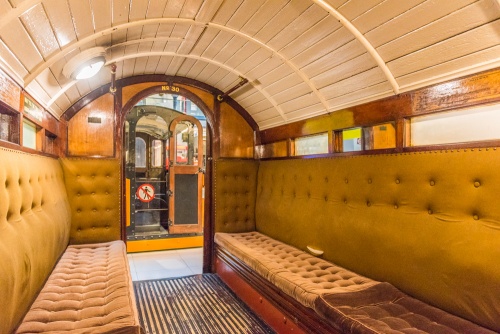 Inside the 1890 underground carriage

The museum traces the development of underground lines as they delved deeper into the earth, and served a larger and larger metropolis.

See how the transportation system was used during both World Wars, and how the decrepit above ground system was reinvigorated with the introduction of the familiar Routemaster buses in 1959.

One of the most unusual museum exhibits is an 1897 inkstand made from the wreckage of the 1st Class carriage of a Metropolitan Railway train that suffered a fatal bombing attack at Aldersgate on 26 April in that year. The identity of the bomber was never discovered but it is likely the explosive was laid by Irish nationalists. Carriage 93 was restored and returned to service after the attack. 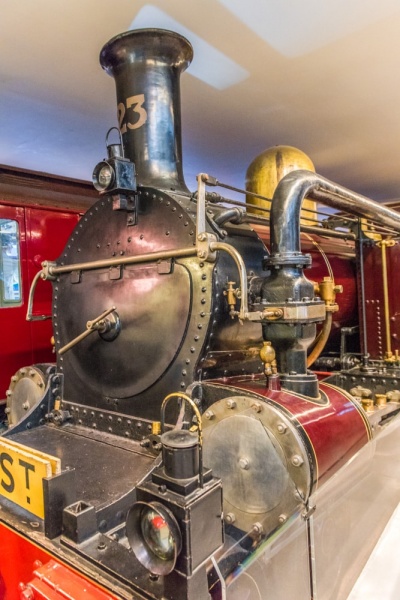 Younger visitors will enjoy the chance to climb aboard real buses and trains, and everyone will want to take a turn in the simulator that lets you experience firsthand what it is like to drive a modern underground train.

We thoroughly enjoyed our visit to the London Transport Museum; this is a place to take your time and explore every corner. You could easily spend 3-4 hours. Luckily, as of this writing, tickets are valid for an entire year so you can return as often as you like.

The museum is within the main Covent Garden plaza, and is within an easy walking distance of both Charing Cross rail and tube stations. 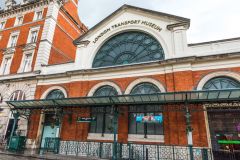 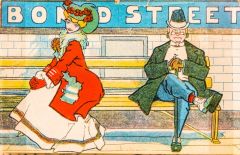 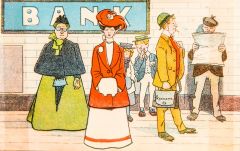 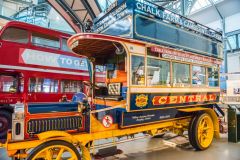 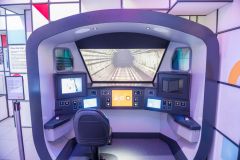 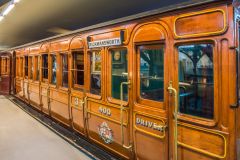 Note: You can get Free Entry to London Transport Museum with the London Pass