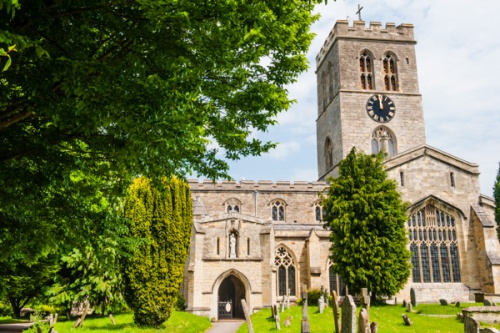 A large medieval church set in a pretty Oxfordshire market town, St Mary's dates to the early 13th century, though there has almost certainly been a church here since the Norman period. The new church was built by Bishop Robert Grosseteste, the powerful Bishop of Lincoln.

Features of the 13th-century building remain in the nave pillars and arcade arches. The original church was cruciform, with a tall central tower. North and south transepts were added in 1442.

In the south transept, which is known as St Christopher's Chapel, are a pair of table tombs to members of the Quatremain (Quartermain) family (see Rycote Chapel). The oldest is to Sir Richard Quatremain, his wife Sybil, and their godson Richard Fowler. This tomb is especially notable for the memorial brasses, with finely etched details of the armour worn by the men. 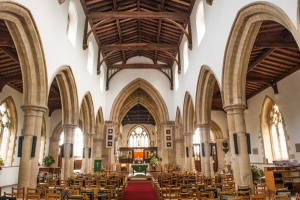 
This is the true highlight of St Mary's; it is almost unchanged since the 14th century and contains several fascinating memorials and wonderful woodwork.

The choir stalls and linenfold panelling brought here from Thame Abbey at the Dissolution of the Monasteries. There are several interesting memorials, most notably that of Lord Williams of Thame and his wife Elizabeth (nee Bledlow).

Lord Williams rose to become Keeper of the King's Jewel House under Henry VIII and acted as guardian (read gaoler) to Princess Elizabeth during the reign of Queen Mary, and the future queen became firm friends with the Williams' daughter.

Lord Williams founded the grammar school which still stands just outside the churchyard. He also re-established the Quatremain almshouses, which provided for 6 poor people until 1880. The Williams tomb is made of black and white marble, and though it was damaged during the Civil ar it is still a remarkably beautiful Elizabethan piece of art. 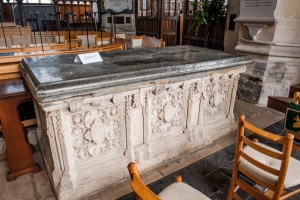 Another memorial from the same period is that of Sir John Clerke, who was knighted by King Henry VIII. Clerke made his fortune when he took the Duc de Longueville prisoner at the Battle of the Spurs in 1513. With the ransom money, he was able to build a manor house at North Weston. Above the tomb is Sir John's funeral helm.

On the south wall is a tablet to Edward Harris (d. 1507), the first headmaster of Thame Grammar School. On the floor is a brass to Walter and Isabelle Prat (d. 1502) and another to John Gayley (d. 1543). Other brasses in the chancel are to Christopher Bridgman (d. 1503).

The font bowl is original and dates to at least the early 14th century, but the base may be another 3 centuries older still, suggesting it belonged to a Saxon church on this site. The bowl is topped by a 17th-century wooden cover decorated with a frieze of acanthus leaves.

In the vestry, beside a 14th-century priests door, is the tomb of Sir John Dormer (d. 1502) with his two wives and children. Dormer's wealth came through the wool trade, and the symbols of the Calais wool staple are on the corners of his tomb. 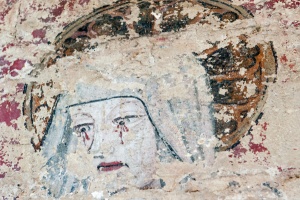 Between the tower crossing and the north aisle is a beautifully carved oak screen dating from around 1320. This is one of the earliest surviving examples of a wooden screen in Oxfordshire. On the south-east pier of the tower is a fragment of a medieval wall painting, probably painted around 1500, and showing the Pieta, with Mary holding the dead Christ on her lap.

>In the sanctuary is the very nicely carved communion table, purchased in 1625. The corbels supporting the nave roof are worth noting; each is individually carved, with a wonderful variety of themes, including a veiled woman (possibly St Osyth), an angel playing a pair of kettle drums, and another playing the zither.

Wow! There is so much to see; give yourself plenty of time. The Quatremain and Williams tombs are well worth seeing, but there is also a wealth of historic woodworking and numerous memorial brasses.

St Mary's is undoubtedly one of the best town churches in Oxfordshire. Thame itself is a very attractive town. Look for the almshouses just outside the church, and the grammar school founded by Lord Williams. 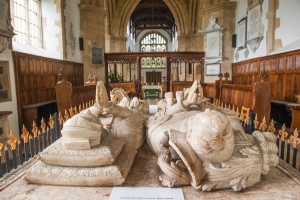 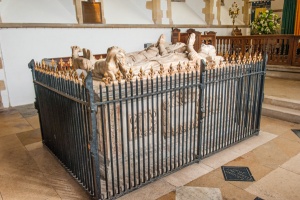 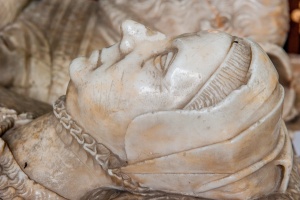 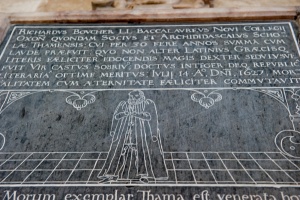 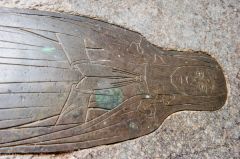 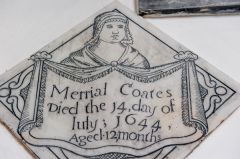 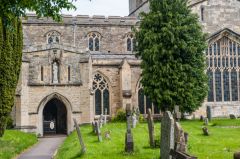 More self catering near Thame

The Angel Restaurant with Rooms - 1.9 miles
Aylesbury, Buckinghamshire
Stay from: £70.00

More bed and breakfasts near Thame