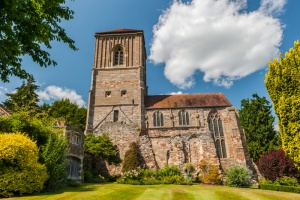 A priory of Benedictine monks was founded at Little Malvern around the year 1125 as a cell of Worcester. It was originally called St Giles Priory, and the Prior of Worcester had the right to name the Prior of Little Malvern. All that remains today is the choir of the monastic church, which now acts as the parish church for this rural area.

The Priory was dissolved under Henry VIII in 1534, but by that time it was in poor condition and only 6 monks remained. The Berrington family purchased the monastic buildings and had the manor house of Little Malvern Court created from the remains of the Prior's Hall and the cloisters. The monastic grounds became the gardens for the new Court.

The priory church continued to deteriorate over the following centuries and the roof finally collapsed in 1864. The Berringtons paid for a new roof, and restored the church building.

The oldest stonework in the church is a scalloped Norman capital beside the entrance door and another small fragment in the south wall. The 12th century church was restored by Bishop Alcock in 1483. The monks were sent to Gloucester while the priory was rebuilt, and only returned 2 years later. Exactly 500 years later the church was restored again, and a statue of the bishop erected to commemorate the event. 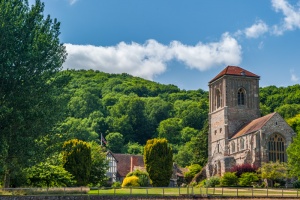 The church and Court from the south east

The nave has a wooden ceiling with carved bosses, and on the walls are hatchments to important local families, including the Berringtons and Russells. In the window beside the north chapel arch is a fragment of 14th century stained glass.

Perhaps the most interesting historic relic is the beautifully carved 14th-century wooden screen, with an ornate rood beam. Beneath the pulpit is a section from a 14th-century table tomb, with a series of 4 weepers carved in relief.

In the chancel are 10 monks' stalls from the medieval church. Unfortunately, the misericords have been heavily damaged, presumably during the Reformation. Curiously, though the carved figures decorating the misericords are gone, the carved arm rests are intact. There are humorous faces, animals, and my favourite; a pair of pigs feeding at a trough. 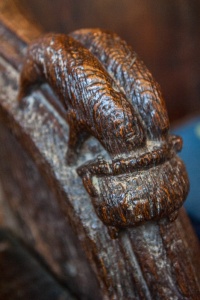 There are 15th-century floor tiles before the altar, similar in style to til;es at Great Malvern Priory, so we can perhaps assume they were made by the same craftsmen.

The east window is well worth examining; there are fragments of 15th-century glass installed by Bishop Alcock during his restoration of the priory. Here you can make out likenesses of Edward IV and his royal family.

Prince Edward, one of the 'Princes in the Tower', is on the left, while his mother, Elizabeth Woodville is in the centre (minus her head). while to the right are Edward's 4 daughters, including Elizabeth of York, who married Henry VII and united the houses of Lancaster and York, effectively bringing the Wars of the Roses to a close.

The history of Little Malvern Priory is inextricably linked to the story of William Langland, one of the earliest and most influential writers in the English language.

The man who might rightly be considered the father of English prose was born in Malvern Chase around the year 1332. His father was a friend of the lord of the estate, Hugh Despenser the Younger, a favourite of Edward II and one of the most powerful men in the kingdom. Langland grew up on the estate and when he was old enough his father and some friends pooled their money to have him educated by the monks of Little Malvern Priory. 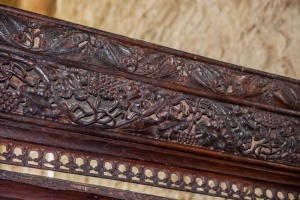 Young Langland was happy at Little Malvern, but by the time he reached 17 the money had dried up, possibly because of the Black Death, and he was forced to leave the Priory as a monk in minor orders. He travelled to London, where he scraped a precarious living saying prayers for the dead and dying. He married, which meant he could not rise any further in the church hierarchy, so that career path was closed to him.

Yet here, in the midst of poverty, he cast his mind back to happier days in the Malvern Hills, and produced one of the most influential works of literature in the English language, The Vision of Piers the Plowman' (or, more accurately, 'William's Vision of Piers Plowman').

The open takes the form of a series of vignettes, moving between dreams and waking. There is no coherent plot, rather the poem is like a dream; full of seemingly random and bizarre events. He (Langland) meets a poor ploughman named Piers, whose simple goodness is summed up by the verse;

'When all treasures are tried, truth is the best,
Learn to love and leave all other'

The poem is a call to meet the greed and corruption of the world with love.

Note
Do not confuse Little Malvern Priory with Great Malvern Priory! Its an easy mistake to make, but the 2 sites are about 4 miles apart and are not connected in any way. Also, the name is sometimes used interchangeably to refer to the church and the manor of Little Malvern Court that was built from part of the former monastic buildings. 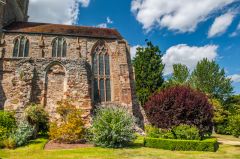 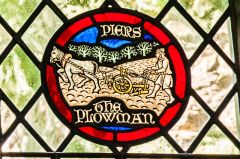 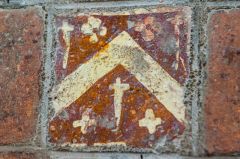 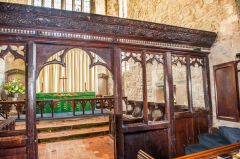 Self Catering near Malvern