HERITAGE HIGHLIGHTS:   Used by Wren as a prototype for St Paul's Cathedral 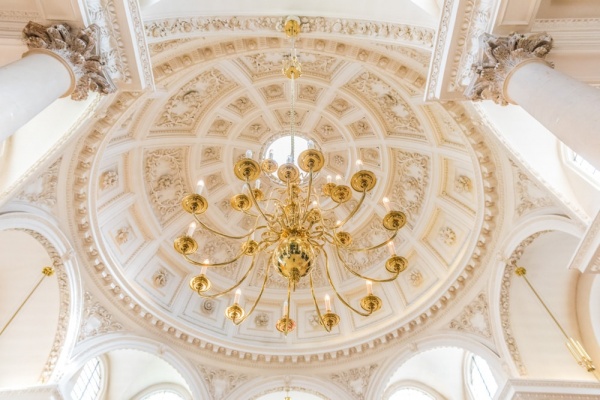 The dome of St Stephen Walbrook

St Stephen Walbrook is one of the 52 churches rebuilt by Sir Christopher Wren following the Great Fire of London in 1666. It is, possibly, Wren's greatest work, perhaps even outstripping St Paul's Cathedral. Yet from the outside, St Stephen's is unobtrusive, even unimpressive, save for the 'wedding cake' top of the spire that is dwarfed by nearby office towers. The church is crammed into a small street frontage on Walbrook, giving no hint of the splendour within.

The eminent architecture and art historian Sir Nikolaus Pevsner named St Stephen Walbrook as one of the 10 most important buildings in England, a testament to Wren's extraordinary achievement and the long and rich history of the site.

This was Wren's own parish church; he lived at 15 Walbrook and would have worshipped at the medieval church of St Stephen before the Great Fire. He used the church as a prototype, a 'proof of concept' for St Paul's Cathedral. His design is based on the geometry of a perfect rectangle and, like St Paul's, the interior soars up to a Romanesque dome, the first to be built in Britain. 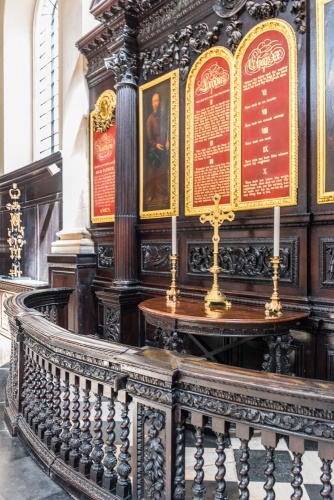 The dome seems to float 65 feet above the centre of the nave, resting on a square of 12 columns. The base of the dome is supported by eight arches of equal length, forming a circle within the square. The eight arches rest on just eight of the columns, making four columns superfluous. Light flows through windows in each of the arches, creating a sense of space below.

Wren did not design the striking spire; that was probably designed by Nicholas Hawksmoor and added in 1713-15.

On the floor directly below the centre of the dome is a controversial altar designed by the sculptor Henry Moore, in the form of a huge polished block of white marble. The altar was carved by Moore in 1972 and installed during a major restoration project shortly after. 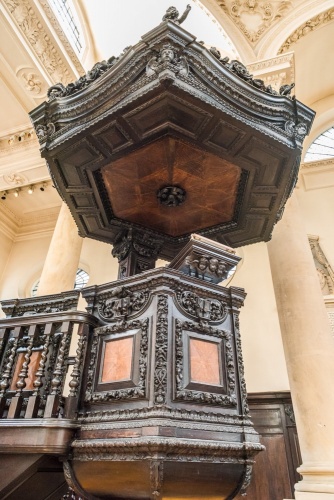 The ornate three-decker pulpit and tester

When the altar was installed in the middle of the church it caused great upheaval and objections were raised. The case went to the Court of Ecclesiastical Cases Reserved, where the judges decided to permit the unusual placement. Since the altar is in the centre of the church, the pews are arranged in a circle around it. This means that the original three-decker pulpit designed by Wren sits rather oddly isolated, facing only a part of the congregation.

Perhaps the most famous vicar of St Stephen Walbrook was Rev Chad Verah, who founded the Samaritans charity as a means to offer safe, non-judgemental support to people in emotional distress. In a glass display case is the very first helpline telephone installed under Rev Varah in 1953, which had the number Mansion House 9000.

The history of the site goes back to the 2nd century, when the Romans established a Temple of Mithras beside the Walbrook, a stream running through London to the River Thames. The Walbrook now runs underground. The remains of the Temple of Mithras can be visited just across Walbrook from the present church. After the departure of the Roman legions in the early 5th century the temple site was used as a quarry. 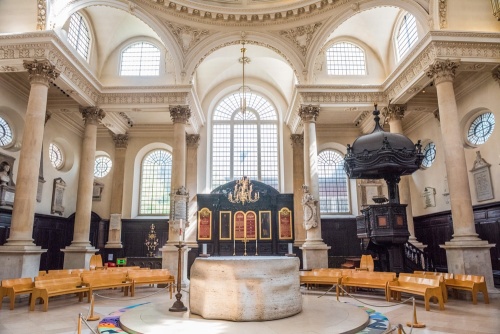 Sometime between AD 700 and 980 a Christian church was erected on the site of the Roman temple. The first record of the church comes in a charter of 1090 when it was granted to the monastery of St John.

By 1428 the church was deemed too small for the growing population and a new church with a larger graveyard was built on higher ground about 20m to the east, across Walbrook from the original temple and church. Land for the new church was given by Robert Chicheley, a successful grocer.

By the middle of the 17th century St Stephens was hemmed in by surrounding buildings as the city continued to grow. Beyond the church's east end ran Bearbidder Lane, thought to be the place where the Great Plague of 1665 broke out. Huge numbers of Londoners died in the deadly outbreak, and most doctors fled the city. The only doctor known to have stayed with his patients was Nathaniel Hodges, whose memorial is in the present church. 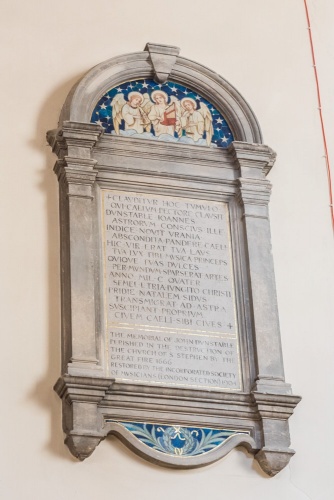 The medieval church was destroyed in the Great Fire of 1666. The task of rebuilding fell to Sir Christopher Wren, who had to deal with the fact that the Walbrook River ran underground beside the site. St Stephen Walbrook was the only church begun by Wren in 1672 and was completed in 1679. He used it to try out ideas that he would later use for St Paul's Cathedral.

Look for a plaque commemorating John Dunstable (or Dunstaple), a medieval composer and astronomer who died in 1453. Dunstable is considered the father of English music and was well known throughout Europe in his lifetime. His original memorial was destroyed in the Great Fire and was replaced with the present monument after the new church was erected.

Sir Christopher Wren is no the only famous English architect linked to St Stephen Walbrook; Sir John Vanbrugh, the architect of Castle Howard and Blenheim Palace, was buried in the north aisle, though no monument exists. 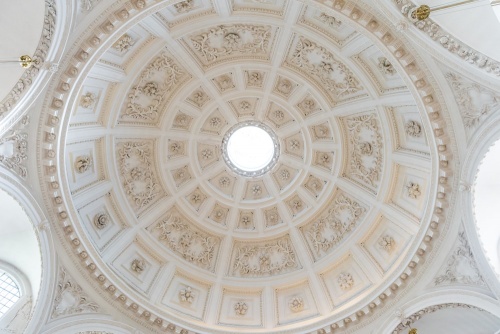 Looking straight up at Wren's dome

On the north wall is a large monument to George Croly, a poet, writer, historian and priest who served as the rector of St Stephen Walbrook from 1835-1860. He was an active columnist and reviewer for several London magazines and newspapers. The authors Anne and Charlotte Bronte came to hear Croly preach on their first visit to London, though unfortunately, he was absent from the church that day.

St Stephen Walbrook is a delight, a stunning work of 17th-century architecture that deserves to be mentioned in the same breath as Sir Christopher Wren's more famous work at St Paul's Cathedral. The church is regularly open to visitors and was open when we visited. The church is equidistant from Bank and Cannon Street tube stations, both under five minutes walk away. 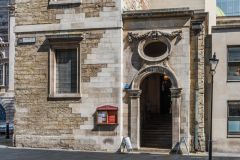 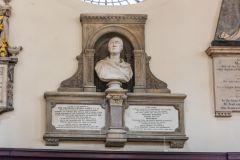 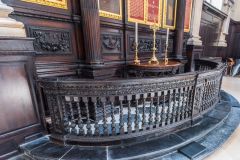 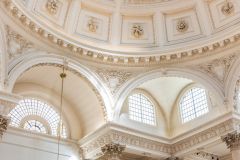 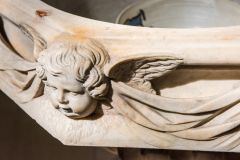