HERITAGE HIGHLIGHTS:   One of the earliest Palladian houses in England 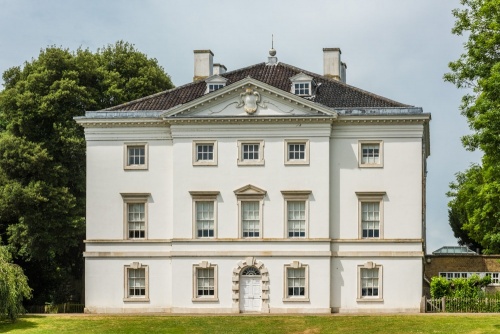 Marble Hill House is a sumptuous Palladian villa set on lawns sloping down to the Thames. The house was built for Henrietta Howard, mistress of George II. Work began in 1724, making it one of the earliest examples of Palladian style in the country. The house was built to the designs of Roger Morris, with the gardens being the work of William Kent and Alexander Pope.

Henrietta Howard became George's mistress when he was still Prince of Wales. But she was much more than the king's mistress, she was a noted wit and society hostess, and befriended many of the most scholarly and erudite men in the country.

The new house at Marble Hill was intended not simply as a romantic retreat from the hurly-burly of court, but as an Arcadian idyll, a place to entertain intimate groups of friends.

And those friends took a hand in designing Howard's new villa. Pope, a neighbour in Twickenham, helped plan the layout of the house and garden, as did other of Howard's circle of friends. The house is set in 66 acres of parkland.

The interiors of Marble Hill have been carefully restored and provide a setting for a collection of Georgian fine art. Among the rooms open to visitors is the dining parlour, with luxurious hand-painted Chinese wallpaper. This is not the original paper but has been meticulously created in the same style that Mrs Howard would have used. 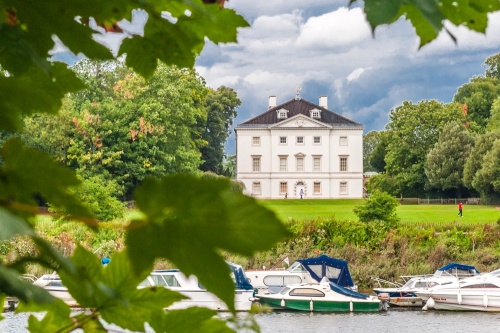 Marble Hill House from across the Thames

The centrepiece of the compact set of rooms is the Great Room on the first floor, where Mrs Howard held court to a coterie of sophisticated, witty, and learned friends.

In the early 18th century the stretch of the Thames from Richmond to Hampton Court was lined with similar villas and large houses. Marble Hill House is the last of these elegant riverside villas still standing, and a reminder of a bygone age of elegance.

The house can be visited only by guided tour. Tours are usually only offered at the weekends and last 90 minutes. Be aware that tours can fill up very quickly, so in order to get the tour time you want it's a good idea to contact English Heritage ahead of time. When we arrived for our tour we discovered that so many people were interested in the same tour time that the guides had to cram two tours into one-time slot, making for a rather cramped visiting experience.

Our tour guide was exceptionally knowledgeable and seemed to know every detail about every historic feature of the house and the people who lived here. Unfortunately, we were not allowed to take photos of the sumptuous interiors during our tour, which is a real shame as they really are beautiful and well worth seeing. 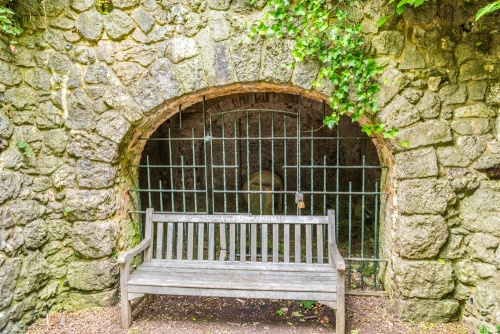 Outside the house are two reminders of Henrietta Howard's time at Marble Hill House. In a clump of trees on the river side of the house are the remains of a grotto - an artificial imitation of a natural cave. Henrietta Howard used the grotto as a cool retreat where she could relax with her friends during walks around the estate grounds. She was doubtless influenced by her friend Alexander Pope, who had a fashionable grotto in the grounds of his house at nearby Twickenham.

She decorated the 'cave' with coloured glass, painted shells, and pieces of coral. She wrote in 1739, 'I am at this time over head and ears in Shells'. Her great-niece Henrietta Hotham continued the work, writing in 1759, 'I have worked so hard in the Groto [sic] and Rock that it is fear'd I shall damage my fingers'.

Unfortunately, the colourful decoration that once lined the grotto has long-since disappeared and today what you can see is a stone archway leading to a vaulted brick chamber with the remains of a pool in the entrance. You really do have to use your imagination to picture what the grotto would have been like in the early 18th century.

The other exterior feature at Marble Hill House is much more practical; past the long, curving stone wall that adjoins the north-west corner of the house is a cluster of trees and there, half hidden in the undergrowth, is the entrance to an ice house.

These partly-underground enclosures were used to store ice during the summer months. The ice was insulated by straw and the naturally cool air underground. When needed, blocks of ice were taken into the house and used to refrigerate food or to cool drinks before serving.

When Marble Hill House was built most of its fashionable visitors would have arrived by water. Unless you have your own boat, that isn't likely to be the best way to visit the house today. Probably the easiest way to visit the house is to take the District Line underground to Richmond Station. From the station entrance turn left on The Quad and follow it south as it turns into George Street.

At the end of George Street turn left on Hill Street and right on Bridge Street. Cross over historic Richmond Bridge, the oldest bridge across the Thames in Greater London. At the far side of the Thames take the riverside path on the left side of the bridge.

This is one of our favourite walks in London, with wonderful views across the river and shaded trees creating a cool, green route with plenty of benches to take a break and enjoy the scenery.

After 15 minutes easy stroll you will come to Marble Hill Park on your right. Enter the park and go through the fringe of trees and you will see Marble Hill House ahead on top of a gentle rise. From Richmond underground station it is just over 1 mile easy walk, and will take between 20-30 minutes depending on how often you take to enjoy the view. 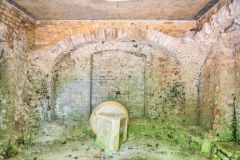 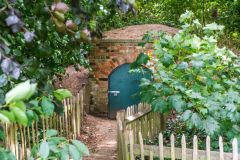 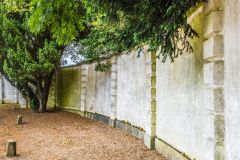 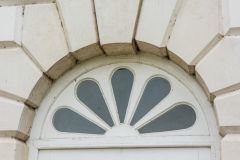 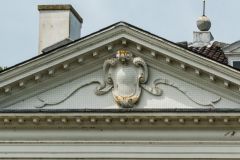 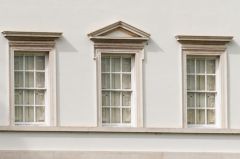