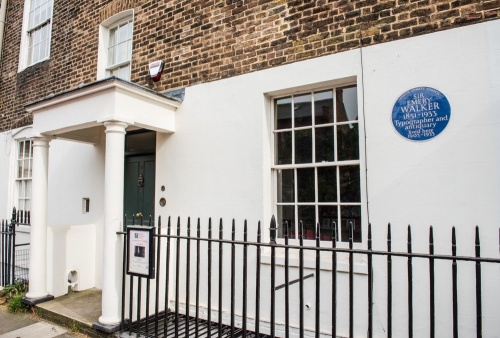 Emery Walker's House
Emery Walker (1851-1933) was a close friend of Arts and Crafts Movement pioneer William Morris. Walker's Thames-side house in Hammersmith is filled with decoration and furnishings reflecting his interest in Morris's ideas, including mementoes of Morris and other Arts and Crafts leaders.

7 Hammersmith Terrace is one of a group of Georgian terraced houses at the riverside end of Hammersmith's Upper Mall. The area was popular with artists due to the location near the river. The house was built around 1755 and is most famous as the home of Emery Walker, who lived at nearby number 3 for 25 years before moving into number 7 in 1903. Walker and his family lived here for the next 30 years before his death in 1933.

Walker became a close friend of William Morris, who lived nearby in Upper Mall, and the families frequently visited each other. Morris's daughter May gave some of her father's mementoes to the Walkers after her father's death in 1896. Walker also helped Morris establish Kelmscott Press and encouraged him to develop his ideas. 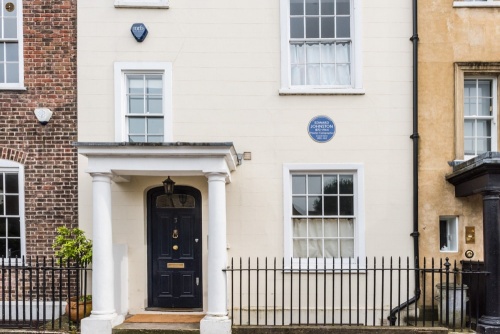 Walker's daughter Dorothy took possession of the house after her father's death and tried to keep it as much as possible as it had been during his life. The house is now owned by a charitable Trust, which raises funds by selling prints of Walker's works.

The interiors are very much as Emery Walker would have known them; a treasure house of Arts and Crafts style and possibly the best-preserved Arts and Crafts interior in the UK, positively bursting with original William Morris textiles, furniture, and wallpaper. 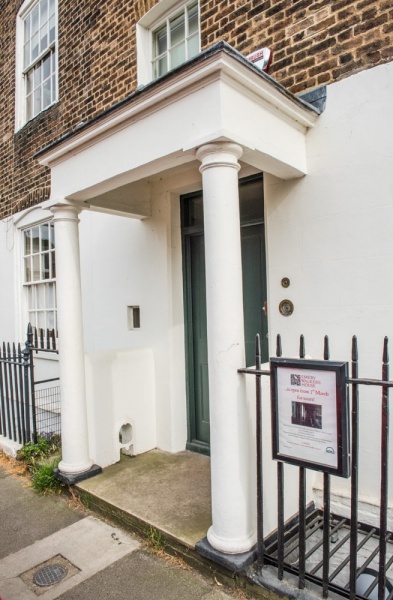 The linoleum in the entrance is by Morris and is the only known example of Morris linoleum still in its original setting. There is a hand-made rug by Morris and several more personal items including his library chair, a lock of his hair and a pair of his spectacles.

Throughout the house are items linked to other leading figures in the Arts and Crafts Movement. One of the most impressive highlights is a collection of furniture owned by leading architect Philip Webb, including an oak chest and bookcase. When Webb died, Emery Walker inherited all his belongings, and the house is full of Webb's household furnishings. Look for letters from author Rudyard Kipling and items brought back by Walker from several trips abroad.

Behind the house is a small garden leading to a wall abutting the river. The garden, like the house, is kept as it was during Walker's time at number 7. 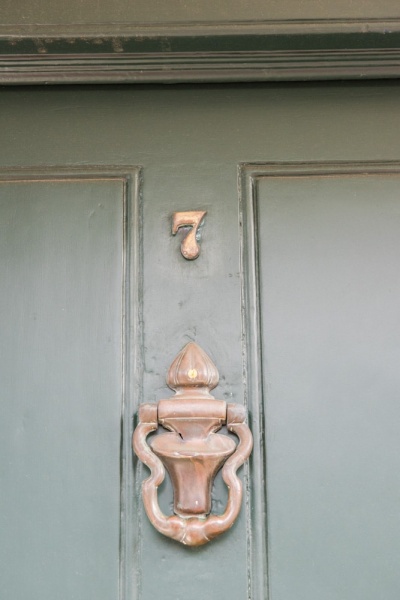 The knocker and house number

The house is small, and its contents fragile so the house limits the number of visitors each year. For that reason Emery Walker's House remains one of London's best-kept secrets, a jewel of Arts and Crafts design, offering a glimpse into the creative world of Walker and William Morris. The house is open for small, pre-booked tours during the summer season. See the House website for booking details.

Unfortunately, photography is not allowed inside the house so we are unable to share photos of the Arts and Crafts interiors.

Emery Walkers House is a short walk from Stamford Brook Tube station on the District Line. From the station exit on Goldhawk Road turn right and walk to the road's junction with Chiswick High Road (the A315). Cross the road and turn left, then right on Black Lion Lane. You will see St Peter's Church ahead on your left. Go past the church and take the pedestrian subway under Great West Road (the A4).

Go straight ahead to the end of the lane and turn right at the Black Lion pub into Hammersmith Terrace. Emery Walker's House is just ahead on your left. From the station to the house is approximately 10 minutes easy walk.