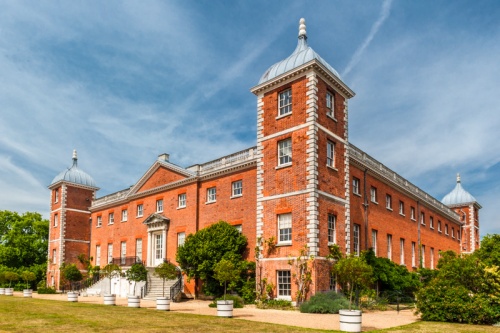 The spectacular 18th-century interiors of this house comprise one of Britain's most complete examples of Robert Adam's work. In 1761 the founders of Child's Bank commissioned Adam to transform a crumbling Tudor mansion into this elegant neo-classical villa. It became their house in the country, created for entertainment and to impress their friends and business associates.

In 1562 Sir Thomas Gresham purchased the manor of Osterley, which at that time was a secluded countryside retreat, far from the bustle of London. Gresham built a 'fair and stately brick house' in 1576, and is known to have entertained Elizabeth I as a visitor. Of that Tudor house only the stable block survives.

By the middle of the 18th century the 16th century house was in dire repair. The owners could not pay their bank loans, and the property passed to Sir Francis Child, head of Childs Bank. Sir Francis employed Robert Adam, then an up-and-coming society architect, to build a fashionable new house.

The Child family lived and worked in London and wanted Osterley as a fashionable country house; a place to escape from the pressures of city life and to entertain. Sir Francis died in 1763 and it was left to his son and heir, Robert Child, to finish the house. 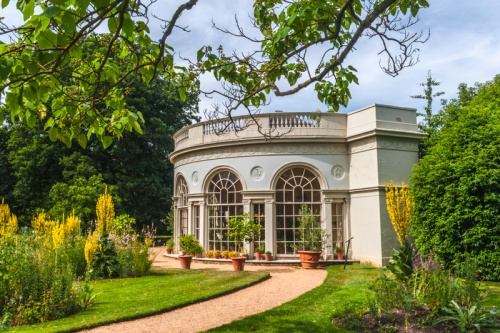 The result is an elegant red-brick house, roughly square in layout, with turrets at the corners and a huge Ionic screen spanning most of one side. The interiors show why Adam was to become the foremost country house architect of his age, with an opulent sequence of rooms in neoclassical style.

Not everyone was enamoured of the result. Horace Walpole famously called the drawing room 'worthy of Eve before the Fall'. Walpole was more effusive about the house as a whole, calling it 'the palace of palaces'.

The most impressive rooms are the entrance hall, and the Etruscan dressing room, inspired by Etruscan vases from the collections of Sir William Hamilton. Adam not only designed the interior decoration, he also designed much of the furniture, notable the domed state bed. The story goes that when the Earl got the bill for the state bed he tore it up so that no one would ever discover how much he had paid for it!

Osterley passed by marriage into the Jersey family. Since the Jersey's made their family seat at Middleton House they only rarely used Osterley and often leased it to tenants.

They still owned the estate when Osterley was used as a training ground for members of the Local Defence Volunteers (later to become the Home Guard) during World War Two. Or, as our tour guide more colourfully put it, Osterley was the birthplace of Dad's Army. After the War the Earl of Jersey gave the Osterley estate to the National Trust. 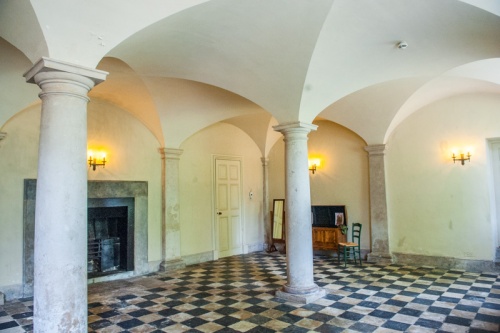 Most of the interiors were preserved with their original Adam furnishings. One exception is the Long Gallery. When the Jersey family gave the estate to the National Trust they took all their paintings in the Long Gallery and shipped them to Jersey, where they were stored in a warehouse.

The warehouse promptly burned down, and the superb art collection was lost. The Long Gallery as we see it today is filled with paintings of a similar date and style to the originals, but apart from that, the interiors of the house are as Adam designed them.

Today Osterley and the surrounding gardens and parkland represent one of the very last country estates in the Greater London area. The 6 acres of gardens have been restored to their 18th-century state and feature roses, herbaceous borders and ornamental vegetables. One garden highlight is an 18th-century summerhouse designed by Robert Adam, and an even earlier Temple of Flora, decorated with neo-classical plasterwork.

The house interiors are restored to the way they would have looked in the 1780s and feature a magnificent collection of fine art and furniture, including a set of 1775 Gobelin tapestries and a wealth of ceramics and glassware.

The closest rail station is Syon Lane, about a 15 minute walk away. The closest tube station is Osterley, 5 minutes on foot from the front gates. 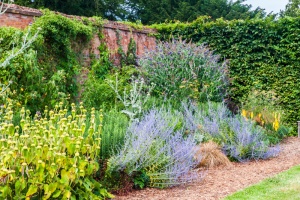 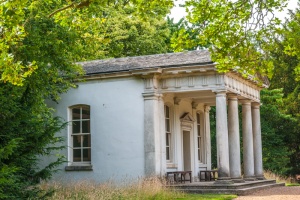 The Temple of Flora

Garden: There are formal gardens around the house at Osterley, designed by Robert Adam, and parkland carefully landscaped to look natural. Over 100 acres of countyside seclusion in the midst of urban London. 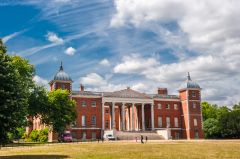 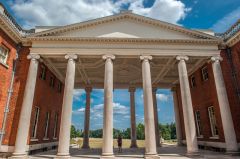 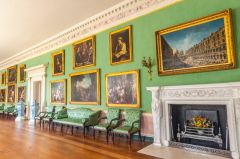 More self catering near Osterley Park >>