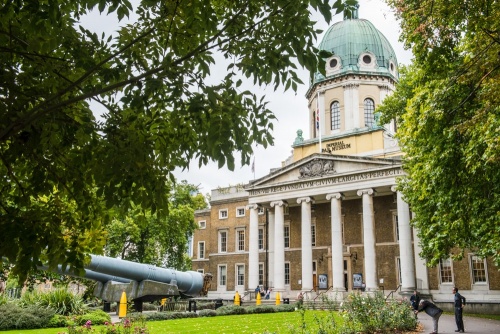 The Imperial War Museum hosts exhibits on the First and Second World Wars, art galleries, plus 'Blitz Experience' and 'Trench Experience' exhibits (in case you missed the real things the first time around!). The IMW in does not just recount the course of wars, it shows how people experience war and conflict.

There are 5 branches of the museum; 3 are in Greater London, including the Southwark site, the Churchill War Rooms, and the HMS Belfast. When the museum was established in 1917 its aim was to tell the story of both the civilian and the military war effort both in Britain and across the British Empire.

Its focus has expanded over the years to encompass all conflicts where British or Commonwealth forces have taken part since 1914. The collections are a fascinating mix of archival materials including photos, film, recordings of oral history, art, videos, plus objects associated with war and warfare like weapons, vehicles, and aircraft.

The museum's first home was the original Crystal Palace, built for the Great Exhibition of 1851 and later moved to Sydenham. In 1924 the museum moved to the Imperial Institute in Kensington, then in 1936, it moved again, this time to the former Bethlem Royal Hospital buildings in Southwark, within walking distance of the Archbishop of Canterbury's residence at Lambeth Palace.

Bethlem Royal Hospital was built in 1814 to a design by James Lewis, then altered in 1835 by Sydney Smirke, with galleried wings either side of a large, porticoed entrance on Lambeth Road. The original hospital building now houses museum offices while the museum archives are in modern additions erected in 1966 and the exhibition halls are in a new space built in the 1980s.

The museum hosts a series of changing exhibits, with recent subjects including fashion during the days of strict rationing in WWII, photographs of the Afghan conflict, a Holocaust exhibition tracing the story of the Nazi persecution of the Jews during WWII, and an exhibit showing how one London family experienced the Second World War.

One unexpected exhibit that caught our eye is the civilian fishing boat Tamzine, the smallest of the 'Little Ships' that helped evacuate the British army from Dunkirk. The Tamzine is such a small vessel that it is quite remarkable that it was able to cross the Channel to Dunkirk and back again on its mission of mercy.

Regular exhibits showcase military uniforms, badges, medals, souvenirs, flags, insignia, and personal mementoes. See the national collection of modern firearms, including weapons owned by Winston Churchill and Major TE Lawrence (Lawrence of Arabia). There are military vehicles including several used by Field Marshall Montgomery in WWII, and rare military aircraft including an original Royal Aircraft Factory R.E.8, and the Supermarine Spitfire made famous in the Battle of Britain.

Over the years the collection has been expanded with artefacts relating to recent conflicts. For example, on our last visit, we saw a twisted steel window frame from the World Trade Centre in New York, part of the devastating 9/11 attacks. Nearby was the dock from the courtroom where the Lockerbie bombing suspects were tried. These more recent reminders of global conflict were in the same exhibition area as a section of the Berlin Wall. Not far away was an original casing made for the 'Little Boy' bomb dropped on Hiroshima.

In my view, the outstanding feature of the museum is its timeline of the World War One conflict. This exhibit is truly outstanding and covers the conflict not just from a military perspective, but tracing British attitudes to the war as it went on. See original recruitment posters and newspaper reporting of the conflict and a touching exhibit on Nurse Edith Cavell, executed for her role in helping Allied servicemen to escape occupied Belgium. 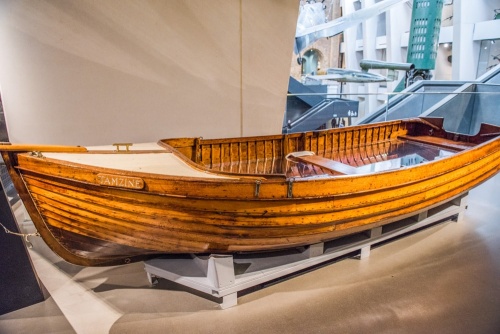 The Tamzine, the smallest 'Little Ship' of Dunkirk

The museum has a huge archive of military documents on all aspects of warfare. Perhaps the most unexpected archive is the Imperial War Museum Stamp Collection. There are also pamphlets and ration books, trench maps and magazines like the famous Wipers Times. The archives include a collection of sound recordings, with a very large oral history section recording eye-witness experiences of war since 1914.

The museum is free to enter and is normally open daily except for the Christmas period. 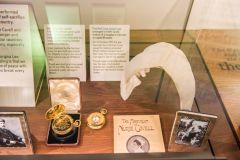 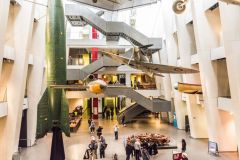 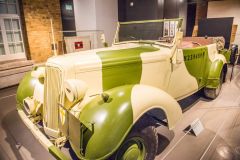 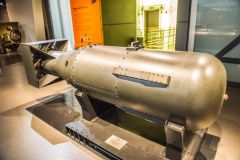