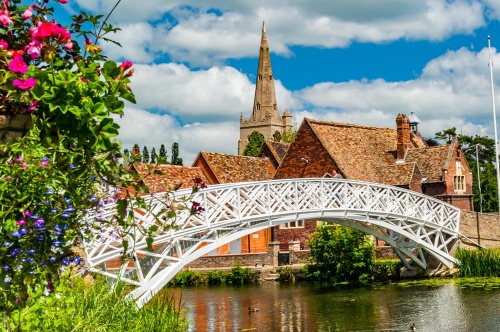 Godmanchester is a picturesque town on the south bank of River Great Ouse, facing the old county town of Huntingdon on the opposite bank. Godmanchester has its roots in the Roman period, and grew up on the site of the Roman town of Durovigutum.

The town's suffix of 'chester' comes from the Roman 'castra', referring to a fortified place, while the prefix 'Godman' may refer to a Saxon named Godmund. An alternative theory is that Godman refers to a 9th-century Saxon king named Gormond. 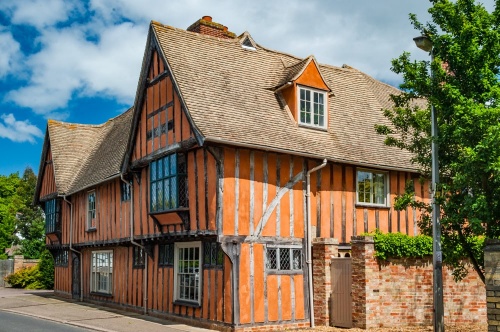 Archaeological evidence suggests that there was a Celtic settlement here before the coming of the Romans. Between Godmanchester and the neighbouring village of Hemingford Abbots lies the remains of a Neolithic temple built around 2900 BC.

The Roman town of Durovigutum grew up at a junction on the major Roman roads of Ermine Street, linking London and York, the Via Devana, running between Colchester and Chester, and a military road connecting to the village of Sandy in Bedfordshire.

By the time of the Domesday survey of 1086 Godmanchester supported three mills and had a church and priest. The town boasted a market as early as the 12th century, though it was not until 1212 that it received a royal charter from King John. A second charter followed in 1604 under King James I. 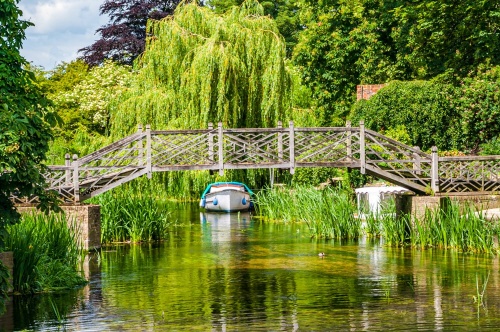 A picturesque footbridge to The Island

As you explore the town you will be sure to ruin across examples of timber-framed buildings, many of them dating to the 16th century and earlier. The town's heritage has been preserved by the creation of two distinct conservation areas. One is centred on Post Street in the town centre and the other on Earning Street, which marks the eastern edge of the original Roman settlement. 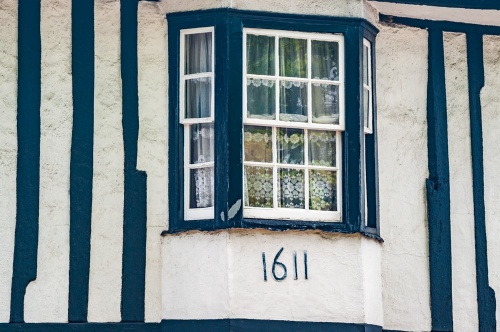 The Post Street conservation area includes 124 buildings of special architectural or historical interest, while the Earning Street protected area has another 16 buildings, including the timber-framed White Hart inn.

Farm Hall, on West Street, is an attractive 18th-century building of red brick. During WWII it was used as a detention centre for captured Nazi scientists thought to have worked on the German nuclear bomb programme. From July 1945 to January 1946 ten German scientists were interned at Farm Hall, and the house was bugged to secretly record their conversations.

You can learn more about Godmanchester's long history at the museum, located in the Queen Elizabeth School on High Street. The Porch Museum, formerly known as the Godmanchester Museum, has a large number of Roman and Iron Age artefacts and a fascinating collection of old photographs. 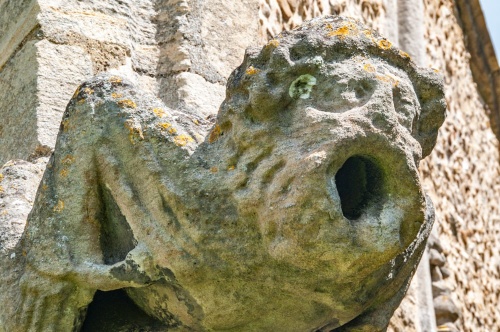 The parish church of St Mary was begun around 1300, but the building we see today owes much to an 1853 restoration by Sir George Gilbert Scott. The church's most obvious external feature is the striking 17th-century spire. Interior highlights include a 15th-century chancel arch, which reuses stones from an earlier 13th-century arch.

The 13th-century font is original and there is a row of 15th-century choir stalls with misericords. One misericord is carved with the initials WS, probably commemorating William Stephens, who served as vicar of Godmanchester from 1470-81.

The church has an exceptional collection of stained glass, most from the 19th and 20th centuries and featuring examples of work from such famous design studios as William Morris, CE Kempe, and Burlison and Grylls. Vestiges of medieval wall painting can be found in the splays of the 13th-century windows over the chancel arch. 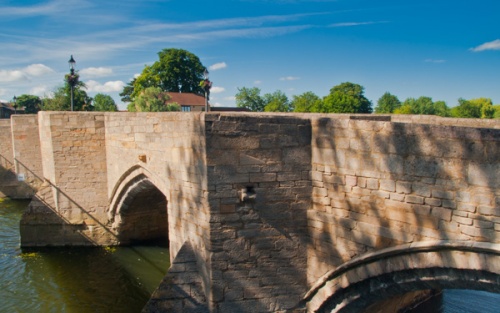 Also known as The Old Bridge, this picturesque medieval bridge links Godmanchester with Huntingdon on the north bank of the Great Ouse. The bridge was erected around 1300 but has been restored and remodelled many times since then. During the Civil War, the third arch was replaced with a drawbridge, but this was removed after the conflict ended.

The bridge has a distinct kink, a result of the fact that the northern half was built by the townsfolk of Huntingdon and the southern half by the residents of Godmanchester. When they met in the middle they found that the two halves did not align properly.

Look for the band of trefoil decoration over two of the arches. This is considered the oldest part of the bridge.

The Old Bridge now only carries light vehicular traffic, and a pedestrian footbridge has been erected beside it, while heavier traffic uses the A14 bypass to the south of the town centre.

At the southern end of the Old Bridge is a causeway, built at least as early as 1279. 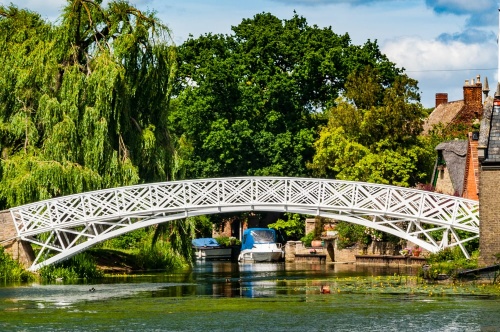 Though the Huntingdon Bridge is by far the oldest bridge in Godmanchester, it is another bridge that gets photographed by most visitors; the Chinese Bridge, which links the town to the Queen's Walk Recreation Ground on The Island in a bend of the River Great Ouse.

The Chinese Bridge was built in 1827, but the bridge we see today is an exact replacement installed in 2010. The bridge's name comes from the Chinese Chippendale style of the timber arch and handrails.

It was commonly believed locally that the Chinese Bridge was built without nails. In fact, the original nails rusted so badly that their presence was not easy to detect, leading locals to conclude that they didn't exist. 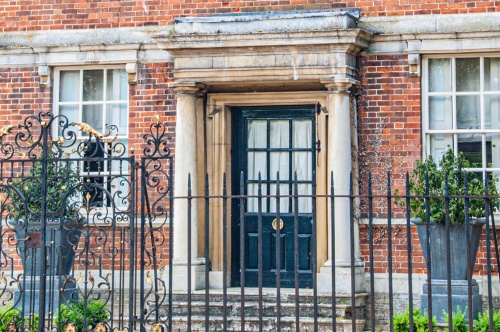 This delightful Georgian mansion sits on Post Street and is linked to The Island by a picturesque timber footbridge. Island Hall was built in the 1740s of red brick to a symmetrical design. The owner was John Jackson Esq, Receiver-General for Huntingdon, and Humphry Repton laid out the gardens. Island Hall is open for occasional pre-booked tours.

The southern part of The Island that gives Island Hall its name is now a public recreation ground, linked to the shore by the Chinese Bridge. 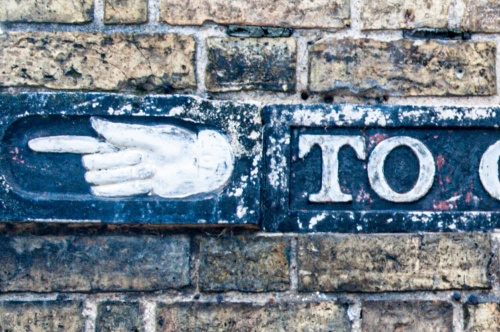 Godmanchester is surrounded by beautiful meadows that act as an important wildlife habitat. To the east and west are Eastside and Westside Commons, areas of common grazing land now preserved as Sites of Special Scientific Interest (SSSIs), while to the north is Godmanchester Nature Reserve, a 59-acre reserve maintained by local wildlife trusts.

The Nature Reserve is an area of flooded gravel pits, reedbeds, and grasslands. It can be reached at the northern end of Cow Lane, one mile north of the town.

Through these low-lying reserves runs the Ouse Valley Way, a 150-mile-long walking trail that follows the course of the River Great Ouse from its source near Syresham in Northamptonshire to the point where it empties into The Wash near King's Lynn in Norfolk.

Godmanchester is on the A1307 directly south of Huntingdon. There is public parking off The avenue, immediately before you reach the Old Bridge to Huntingdon. We found it relatively easy to find parking.

More self catering near Godmanchester

More bed and breakfasts near Godmanchester