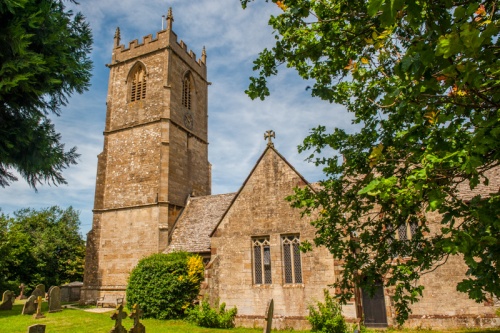 Little Comberton is a delightful little village just south of Pershore, nesting at the northern foot of Bredon Hill. On the southern edge of the village stands the medieval parish church, dedicated to St Peter and listed Grade II* for its historical interest.

The church is thought to stand atop a Roman temple, and finds from the Roman period have been unearthed in the churchyard.

We know very little about the early history of the church, but by the 12th century there was a stone-built Norman church, roughly the size of the present nave and chancel. There is still Norman stonework in the north wall of the nave and the lower part of the south chancel wall.

The church is composed of a rectangular chapel with north and south chapels, a nave with a north porch and south chapel, and a west tower, added in the 15th century. The tower has crocketed pinnacles at the corners and gargoyles at the angles of the parapet string course. 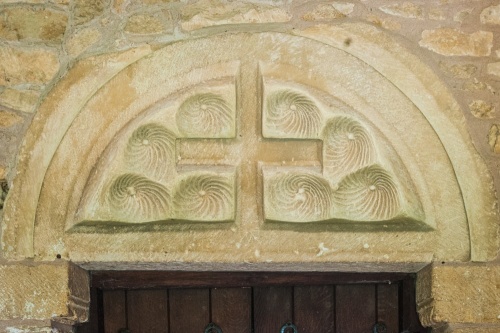 A Place of Burial

The porch is full of historical interest. Look for inscriptions flanking the porch doorway arch. On one side is the date, 1639, when the porch was built, and on the other are the letters ATEP. These are thought to be a short form of the Greek version of the Latin word AGERATUM, meaning, 'Not growing old.' The excellent church guidebook suggests that this was a mason's way of indicating that the porch - and the church - was built to last.

Inside the church are stone benches, and carved into the benches are the outlines of human hands, thought to represent newly-married brides. Also in the porch is a carved stone shield with the initials WD and the date 1773. 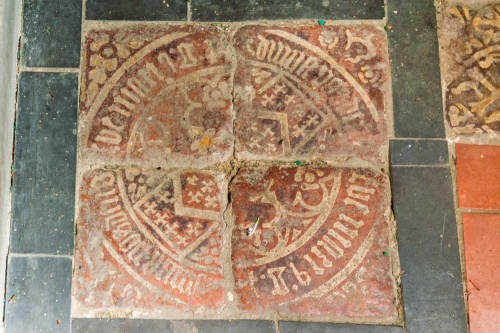 Over the north door is a tympanum thought to be 11th or 12th century. It shows a raised cross and eight peculiar whorls with radiating lines. No one seems sure what these whorls represent; they have been variously described as shells, clouds, and beehives. To me, they look like stylised gusts of wind, which seems unlikely.

There are three 12th-century single-light windows in the nave. The easternmost window in the north wall shows traces of medieval wall paintings. There is another 12th-century window near the font. This window has cable moulding around the head on the exterior face.

The 15th-century font is very plain, with a circular stem supporting an octagonal bowl. 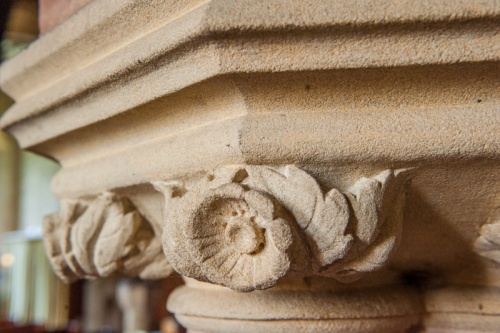 In the floor of the chancel are medieval encaustic tiles. Some of these tiles show the arms of Edward the Confessor, others depict the powerful Berkely and Hungerford families. Still others show traditional floral and geometric designs.

The east window is from the 15th century, though the stained glass we see now was a gift of the rector in 1848. Below the window and behind the altar is a beautifully carved reredos given in memory of Rev. ES Lowndes by his widow and their children in 1900. 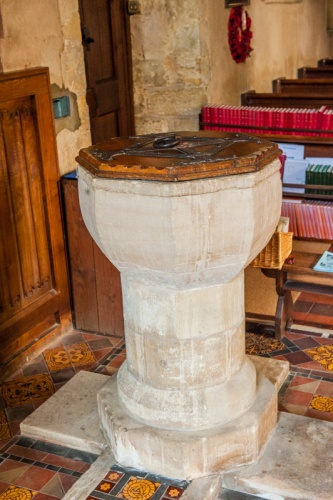 In the south wall of the chancel is an early 15th-century window, and beside it is a medieval piscina which is missing its bowl.

St Peter's is a delightful medieval building, albeit with much Victorian restoration, carried out by William White of London in 1886. The church was open when we visited.

Do take the time to wander around the village, which is blessed with a large number of lovely timber-framed and thatched cottages. 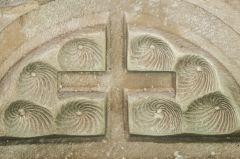 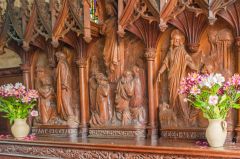 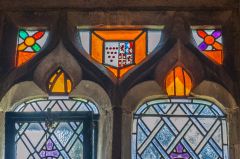 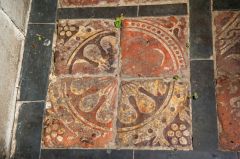 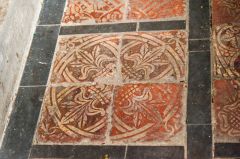 More self catering near Little Comberton