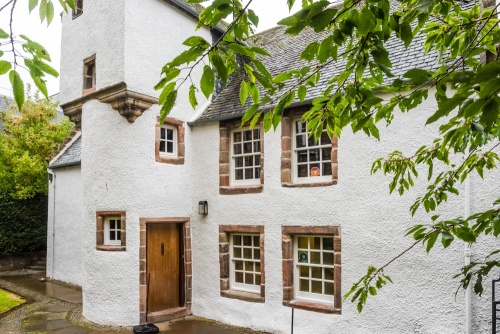 Abertarff House is the oldest house in Inverness and the oldest secular building. It was built in 1593 as a townhouse for the Frasers of Lovat family.

The house is notable for its attractive crow-stepped gables, known locally as corbie steps. The house stands two and a half storeys high, with an externally projecting turnpike stair.

Abertarff House stayed in the Fraser family until the 19th century when it was acquired by the Commercial Bank of Scotland. The Bank, in turn, gifted the house to the National Trust for Scotland in 1963. The Trust undertook extensive restoration work in 1966. 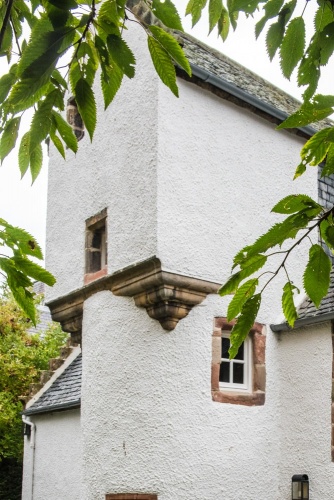 Since that time Abertarff House has been used as a regional headquarters by the Trust and by the Highland Council as a centre for administering Scotland's Homecoming Festival in 2014.

The Trust then moved its headquarters across the River Ness to another historic building, Balnain House.

Abertarff House opened to the public on a limited basis in 2018. Opening hours depend on volunteer stewards being available so it is difficult to give precise opening times.

To illustrate that point, we made a special trip to see the House in late September, when in theory, it should have been open, but when we arrived at the gate there was an NTS sign saying no volunteers were available that day so the house would be closed. 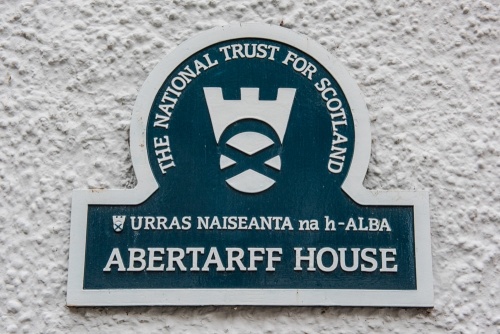 National Trust for Scotland sign on the House exterior

Even when the house is not open it is worth a look. The exterior is so typical of 16th-century Scottish architecture and the house has been beautifully restored.

Abertarff House is extremely easy to reach on foot from central Inverness, It is no more than 5 minutes easy stroll from Inverness Castle. Simply walk north-west along Church Street, cross Fraser Sreet towards the Old High Church and you will see Abertarff House set back from the street on your left. It is close to another historic building, the 17th-century almshouses known as Dunbar's Hospital.

Nearby accommodation is calculated 'as the crow flies' from Abertarff House. 'Nearest' may involve a long drive up and down glens or, if you are near the coast, may include a ferry ride! Please check the property map to make sure the location is right for you.

More self catering near Abertarff House