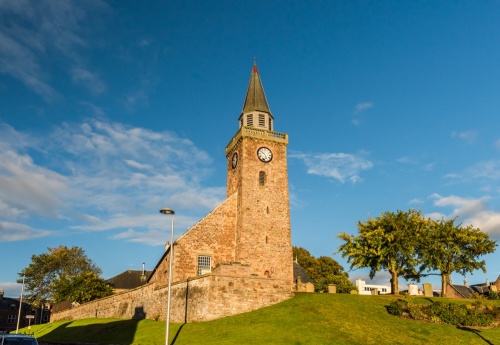 UPDATE: This historic church has been put up for sale by the Church of Scotland, putting its future very much in doubt. We recommend that you do not make plans to visit the church interior, though, in the short ternm, the churchyard and building exterior are still worth visiting for their historical value. We will update this page when the future of the Old High Kirk becomes clear.

The Old High Church is the oldest church in Inverness and stands on a low hill known as St Michael's Mount. The present church was begun in 1770 to a design by George Fraser of Edinburgh but tradition says that St Columba preached from this hill by the banks of the River Ness in AD 565.

According to tradition, St Columba converted the Pictish king Brude to Christianity, and Brude gave him a plot of land on St Michael's Mount to build a church. Columba's church would have been a simple wooden structure and no trace of it remains today.

There have been several churches on the site since Columba's day, but the first documented reference comes from a charter of William the Lion in 1171. In 1199 the king granted the 'Church of St Mary' to Arbroath Abbey, but it was quickly transferred to the Bishopric of Moray. In 1233 the Dominican 'Black Friars' set up a monastery immediately to the north of the Old High Church.

The oldest part of the present church is the base of the tower, which dates to the 14th century. That makes the tower the oldest built structure in Inverness.

As the official town church of Inverness it is the site of an annual ceremony known as the 'Kirking of the Council', when the Provost and councillors walk in procession from the Town House to the church for worship. 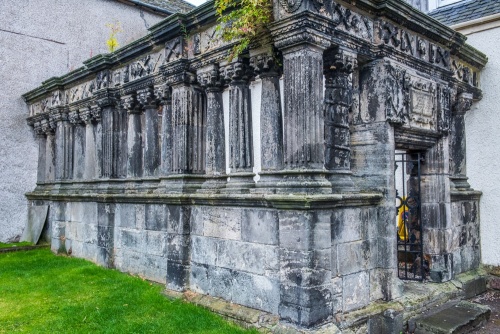 The Robertson of Insh mausoleum, 1664

The popular name 'High Church' comes from the fact that for centuries the church tower was the tallest structure in Inverness. Since 1703 a bell in the Old High Church tower has been rung at 5pm. This custom was initiated to signal the start of a nightly curfew.

By law, no one could walk the streets of Inverness after that time as to do so meant carrying a lantern and the lanterns were considered dangerous due to the risk of fire. Since most of the buildings in Inverness were built from timber at that time, fire was a very real and very dangerous risk.

The curfew bell has been sounded every day since the custom started in 1703, with the exception of World War Two, though today the bell is run automatically without the need for bell-ringers and now is rung at 8pm rather than the traditional 5pm. Unfortunately, the tower stairs are in poor condition and visitors are not allowed to climb to the top for what would be outstanding views. 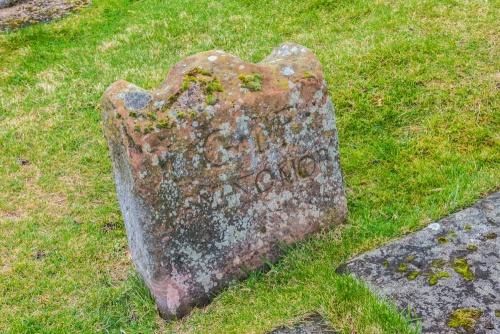 Jacobite prisoners were executed against this old gravestone in 1746

Execution in the Churchyard

When Bonnie Prince Charlie's Jacobite supporters took over Inverness in 1746 they imprisoned government soldiers in the church tower. When the Jacobites were defeated at the Battle of Culloden just outside Inverness the Duke of Cumberland, the leader of the government troops, was able to take control of the town. Cumberland released the government soldiers from their tower prison and replaced them with captured Jacobite soldiers.

The prisoners were led outside into the churchyard, blindfolded and executed one by one. The place of execution was arranged so it could be seen by wounded prisoners being held at Balnain House across the river. You can still see the mark made by musket balls in the wall of the tower.

Some prisoners were too weak to stand erect so they were propped up against a small gravestone at the west end of the churchyard while a government soldier rested his musket in the notch of a gravestone nine paces east to assure an accurate shot. The two gravestones are still standing and provide a grim reminder of those dark days. 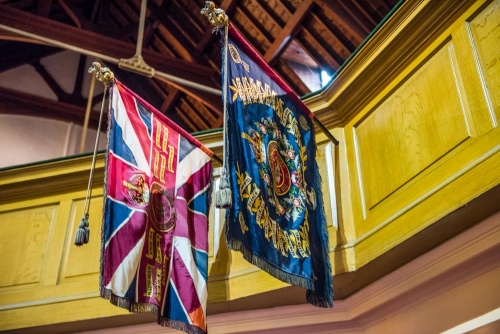 One man who fought at Culloden was James Wolfe, who was appointed the commander of the government forces in Inverness and later gained fame for his victory at the Battle of Quebec in 1759. Wolfe is known to have visited the Old High Church during his time in Inverness, as did the founder of Methodism, John Wesley, who preached here in 1764.

Hanging on the north wall is a clock made around 1770 by the London clockmaker Francis Perigal, who rose to become the official watchmaker to George III. The clock was probably installed when the church was rebuilt in 1772.

The imposing organ was made by Henry 'Father' Willis, the most famous 19th-century organ maker. 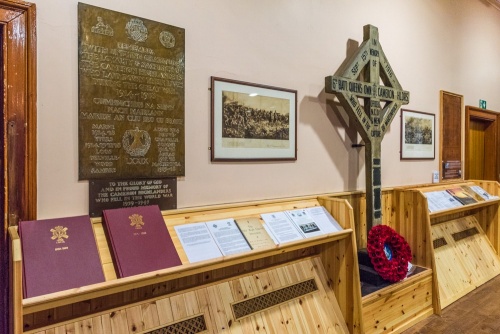 In 2013 an area at the back of the church was dedicated as the Cameron Memorial. Here you can see the colours of the 1st Battalion, brought here from Glasgow Cathedral, along with the colours of the 6th and 7th wartime service battalions and the 3rd Militia Battalion. The poignant memorial houses the Martinpuich Cross, made in 1916 on the Martinpuich battlefield on the Somme. The memorial commemorates members of the Cameron 6th Battalion who fell in battle during the Somme conflict.

Next to the Cameron Memorial is a display case holding items linked to Rev Donald Caskie, a minister at the Scots Kirk in Paris. Rev Caskie became famous for his role in helping Allied service personnel to escape from occupied France in World War Two. The display holds Caskie's field communion set. 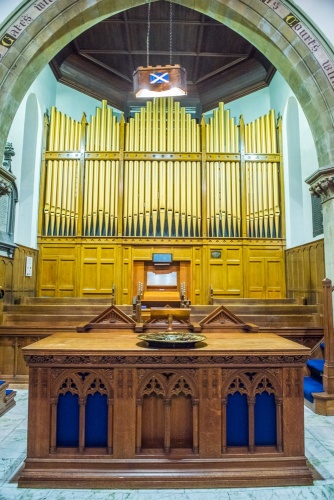 The Old High Church is extremely easy to reach from central Inverness. It stands at the north end of Church Street a short and very easy stroll from the Castle and Museum. It is also very close to the eastern end of the Greig Street pedestrian footbridge.

The church has limited opening hours and depends upon volunteer wardens being available. We visited in late September and expected the church to be closed but were pleasantly surprised to find a notice on the churchyard entrance gates on Church Street giving regular opening times. 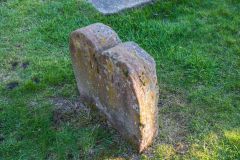 Nearby accommodation is calculated 'as the crow flies' from Inverness Old High Church. 'Nearest' may involve a long drive up and down glens or, if you are near the coast, may include a ferry ride! Please check the property map to make sure the location is right for you.