HERITAGE HIGHLIGHTS:   Laid out as a Victorian public park 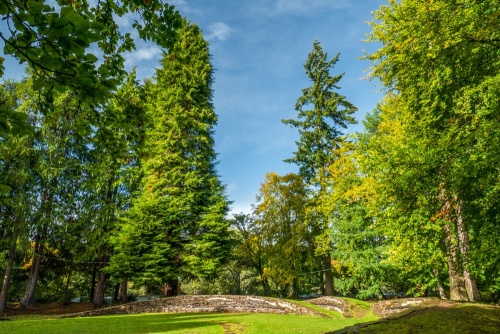 One of the delights of visiting Inverness is the chance to walk along the River Ness from the city centre to Ness Islands, a pair of small islands in the middle of the river, preserved as a public nature reserve. The islands are linked to both banks of the River Ness by picturesque Victorian footbridges.

The Ness Islands were purchased by the Inverness Town Council in the early 19th century. The Council wanted to create a public nature area linked to Bught Park and Whin Island both as a place for public recreation and as a tourist attraction, or as they put it in typically florid Victorian language, they wanted the islands to be 'laid out in graceful and varied walks ... [to] form a lasting ornament to the town'.

The first bridge linking Ness Islands to the mainland was built in 1828. Until that time the only access was by boat. The original bridges were swept away by floods in 1849. They were replaced in 1853 by a pair of suspension bridges designed by James Dredge (1794–1863). 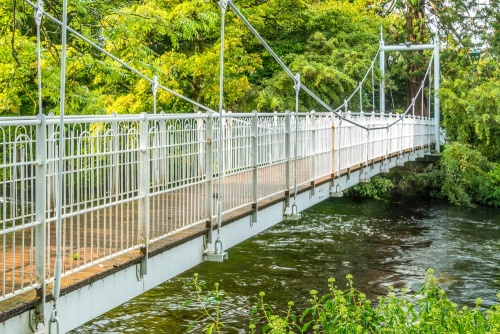 Dredge was a brewer from Bath who developed a keen interest in engineering and architecture. He abandoned his brewing craft and became a very successful bridge designer. He is perhaps more famous in Scottland for his innovative design of the Bridge of Oich (now preserved by Historic Environment Scotland).

If you start from Inverness Castle and follow the Great Glen Way footpath signs along Ness Bank you will pass the Inverness War Memorial, located in a small public garden dedicated to Edith Cavell, the WWI nurse who was executed for helping Allied servicemen to escape from occupied Europe.

Carry on past the war memorial along Island Bank Road and you come to a lovely Victorian fountain dedicated to Faith, Hope and Charity. Continue along the bank and you reach Ness Bank Footbridge (also known as Island Bank Road footbridge). Though it looks Victorian it was actually built in 1988 after the original Dredge bridge became unsafe. The second Dredge bridge (General's Well Bridge) was rescued and re-erected in Whin Park. 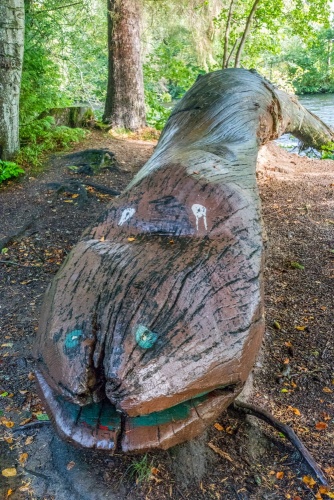 What makes the walk so remarkable is that you are so close to the city centre and yet you can often see seals bobbing in the river. It was here that a salmon fisherman caught a Scottish record 64lb (29kg) salmon (and returned it to the water after weighing it). Otters are common here, as are pheasants, wildfowl, bats and an occasional deer.

Ness Islands (Eileanan Abhainn Nis in Gaelic) have been investigated on several occasions by paranormal investigators, drawn by the possibility of ghostly goings-on.

The islands feature several bench and tables sculpted into unusual shapes by local artists, and a highly decorative wrought-iron bridge linking the islands together. At the centre of the larger island is a theatre space created out of the earth, much like an organic outdoor amphitheatre. There are winding trails through very pleasant woodlands, though do take care; the paths, though paved, can be wet and muddy in places after rain. 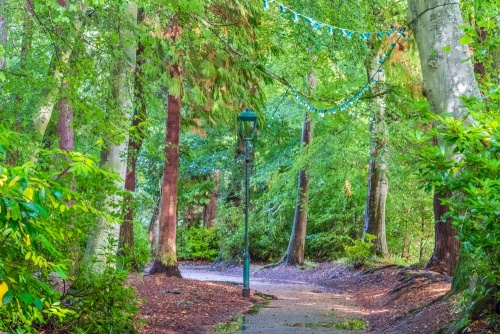 Past the cathedral simply turn right over the Young Street bridge and right again on Castle Road and you will find yourself back at Inverness Castle. The entire circular walk is about three miles long and will take no more than 90 minutes with plenty of time to stop and enjoy the islands. 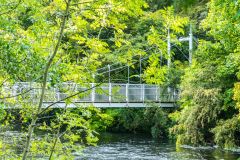 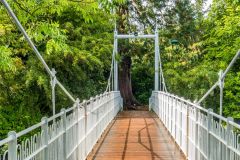 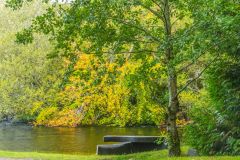 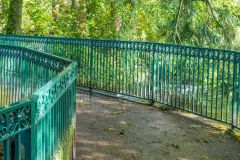 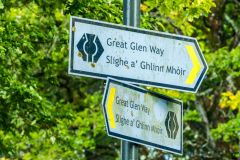 Nearby accommodation is calculated 'as the crow flies' from Ness Islands. 'Nearest' may involve a long drive up and down glens or, if you are near the coast, may include a ferry ride! Please check the property map to make sure the location is right for you.

More self catering near Ness Islands