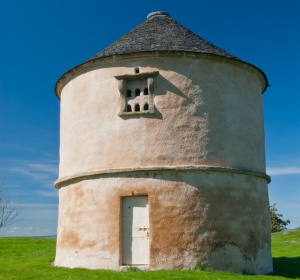 Atop an ancient castle motte on the outskirts of Auldearn stands a lovely 17th-century circular doocot, donated to the National Trust for Scotland in 1947 by Brigadier J. Muirhead of Boath.

The motte was erected by William the Lion about 1180, and is known as the Old Castle of Eren. The name 'Old eren' lives on in the name of the village, Auldearn. We do not know exactly when the motte fell out of use, but it was mentioned in the early 14th century.

The doocot dates to the late 17th century. It is almost completely circular, standing 7.5 metres high, with a conical roof and a single string course above the only door. The string course, a projecting piece of undecorated moulding, was installed to keep rats from climbing the doocot walls to get at the nesting boxes.

There are 6 round-headed nesting box openings for pigeons, framed by a square set of projecting stones, with a single, central opening above the others. 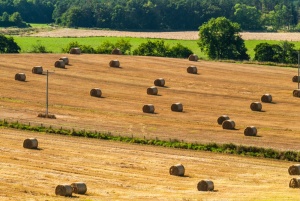 The Battle of Auldearn battlefield

The interior has 515 nesting boxes, arranged in 14 tiers, and made of sandstone and shale. The shingle roof is modern and the walls are of lime mortar.

The Battle of Auldearn

The doocot is fascinating as much for what it overlooks as for what it is. If you stand beside the doocot and look down the long, sloping hillside to the south, where farm fields now lie, you are looking across the site of a bloody battle.

On 9 May 1645 James Graham, the Marquis of Montrose, led his royalist army to victory here against a force of Covenanters under the command of Major-General Sir John Hurry. It should have been a one-sided battle; Hurry had 4000 men, while Montrose had just 1500.

The Covenanters tried a surprise dawn attack, but Montrose was warned ahead of time and was ready. It was a near-run thing, but the Covenanter cavalry accidentally attacked their own lines, and the Royalists were able to kill over 2000 of their enemies in the confusion. There is an information plaque explaining the battle near the doocot.

You can't enter the doocot, but the location is fabulous, with wonderful views over the battlefield. It is a very poignant sight; with bales of hay now stacked where once men fought and died.

NB. A recent architectural survey by the National Trust for Scotland suggests a slightly later date of construction; sometime shortly after 1740. 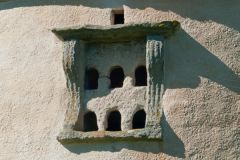 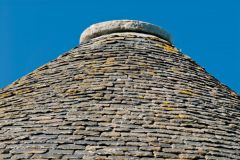 Nearby accommodation is calculated 'as the crow flies' from Boath Doocot. 'Nearest' may involve a long drive up and down glens or, if you are near the coast, may include a ferry ride! Please check the property map to make sure the location is right for you.

More self catering near Boath Doocot

Self Catering near Nairn