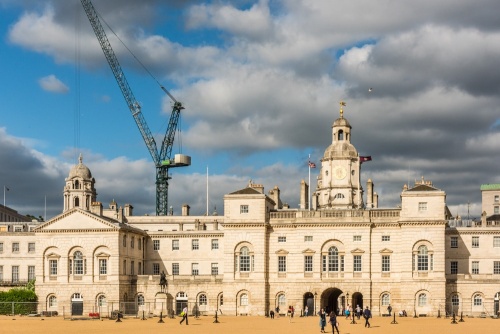 Formed in 1661, the Household Cavalry now guards the reigning monarch on ceremonial occasions but also plays a role in international peacekeeping and humanitarian operations. The museum is a rare chance to see and interact with the troopers going about their business in one of London's most historic locations.

The Household Cavalry was formed by direct order of Charles II in 1661. Given that his father, Charles I, had been executed and he himself had been pursued across England by his enemies following the Battle of Worcester in 1651, Charles quite understandably felt that he needed a dedicated group of soldiers to guard himself and his family.

The Household Cavalry is now made up of the two most senior regiments in the British Army; the Blues and Royals, and the Life Guards.

The regiment has 2 roles; one purely ceremonial and one operational. Most people are familiar with the ceremonial role, for the regiment guards the monarch at state ceremonies across Britain, and forms part of royal pageantry for special occasions. But there is another, lesser-known role; the regiment serves in theatres of conflict as an armoured fighting unit and takes part in international peacekeeping efforts and humanitarian aid. 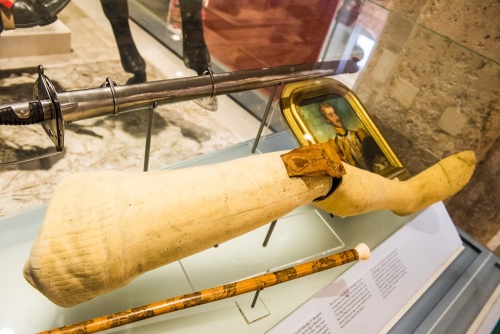 The Household Cavalry Museum is located in the iconic Horse Guards building in Whitehall. Hordes of tourists gather around the Whitehall facade of the building to gawk at Guards on duty and have their photo taken beside a mounted Guardsman. But if you walk through the Horse Guards to the St James Park side of the building and turn to your right, you'll find the rather understated entrance to the museum, facing the parade ground.

Over 350 years of military memorabilia are on display, including ceremonial uniforms, musical instruments, medals, even a set of silverware made by Faberge. Much of the collection reflects the close link between the Household Cavalry and the royal family. One example of this link is a pair of drums given by William IV in 1831.

Even more striking is a cork leg used by the Marquis of Anglesey after he lost his real leg at Waterloo.

Not every memento is from the distant past; see one of the 35 England football caps won by Jack Charlton ('Trooper' Charlton did his national service with the Cavalry from 1953-55). A more poignant exhibit is the bridle used by Sefton, who was injured in the 1982 Hyde Park bombings. 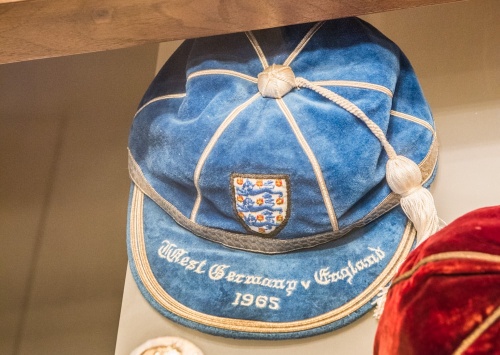 One of the most unusual features at the museum is that you can see through a glass wall into the working stables where you can watch troopers caring for their horses. Younger visitors will enjoy the chance to try on real helmets and cuirasses - not replicas.

You can see what it takes to be a soldier in the Household Cavalry; hear first-hand accounts of daily life and the rigorous training required for both horses and troopers.

The museum is really unique in that it actually gives visitors a chance to see and interact with the regiment as they go about their daily routine. This is much more than just a collection of historic objects! 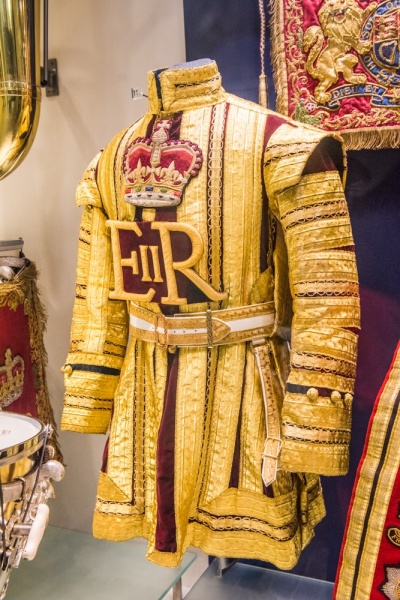 Visitors can learn what the rigorous training is like for both the horses and the humans. The museum also houses a unique collection of exhibits, both ancient and modern.

I found the displays fascinating; you really see a wide variety of exhibits showing what life is like for Guardsmen on and off duty, and the chance to see through the glass partition into the active stables is fascinating, though I fairness I should add that when we visited the partition was looking rather scuffed so that we couldn't see as clearly as we would have liked.

But that's a minor point; the museum provides a wonderful glimpse into this historic branch of the service, and the location in the historic Horse Guards helps provide a wonderful atmosphere. 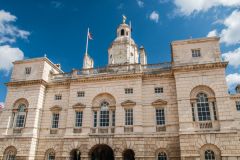 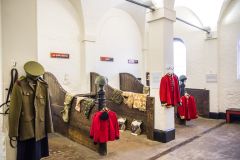 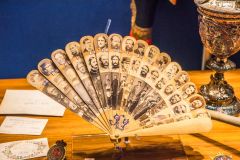 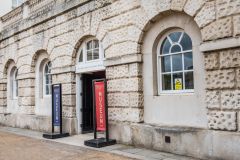 Note: You can get Free Entry to Household Cavalry Museum with the London Pass