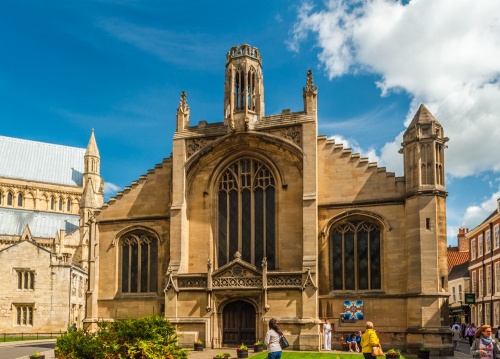 Just to the south of the Minster is the low, squat shape of St. Michael-le-Belfry. Just inside the entrance is an enlarged copy of the church registry dated April 16, 1570, recording the baptism of Guy Fawkes.

The current church was built in 1525-36, replacing an even earlier 13th-century church on the side of Minster Yard. The site may have been in use long before the 13th century, however, as Saxon burials found here suggests there was a church as early as the 8th century.

The church may take its unusual name from an earlier detached belfry tower for the Minster, which originally stood on the site. The connection with York Minster is underlined when you realise that the Minster's Master Mason, John Forman, oversaw the church's construction, which took place in one continuous build. 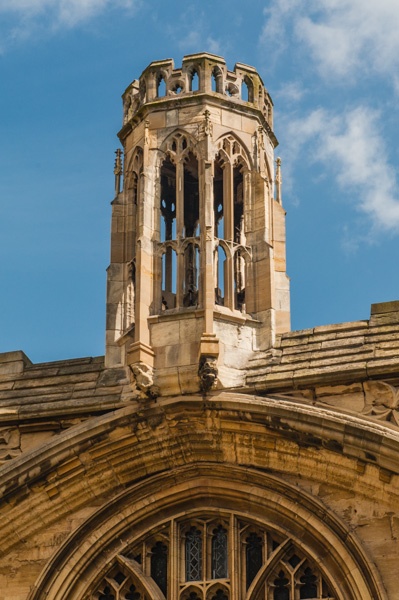 Gunpowder plotter Guy Fawkes was probably born just across the road in Petergate and lived in what is now the Guy Fawkes Inn. Baptised into the Anglican church in 1570, Fawkes later converted to Catholicism. He is known for his role in the unsuccessful attempt to blow up Parliament in 1605. To this day effigies burned on November 5 are called 'Guys' after Guy Fawkes.

Though the Fawkes connection may attract many visitors to St Michael-le-Belfry, there is much more to this delightful church than the Gunpowder plotter! The east window has rare 14th-century glass from the earlier church on this site. The glass depicts the martyrdom of Thomas Becket in 1170. It is a remarkable medieval relic, as Henry VIII ordered all images of Becket to be destroyed at the Reformation. 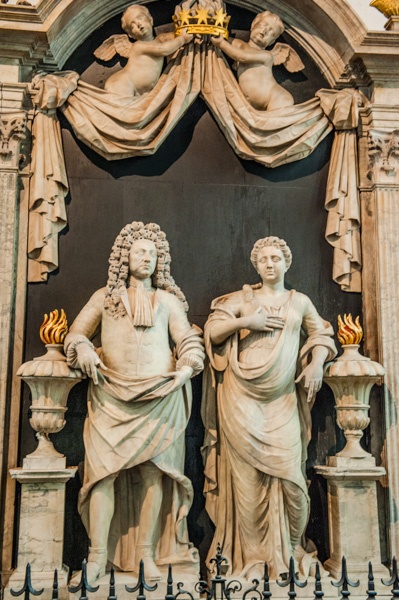 The interior also contains an elegant 1702 gilded reredos in Baroque style by John Etty, 16th century carved benches, and a wealth of 18th-century memorials. Look for the memorial to Sir Robert Squire, dated 1707, with Sir Robert rather oddly clad in a Roman toga yet with an elegant wig on his head. The interior feels light and spacious; no surprise when you consider it is the largest and longest parish church in York.

The most striking exterior feature is the bell tower above the west door. The tower was built in 1848 but is an exact replica of the earlier tower, depicted in a drawing of 1705. 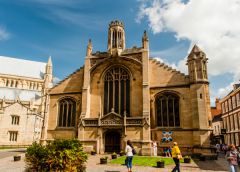 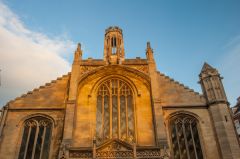 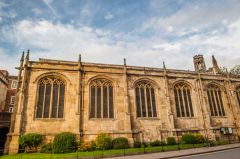 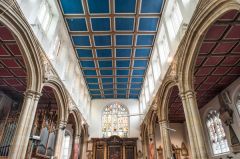 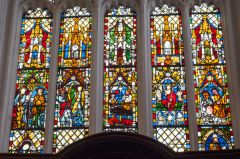 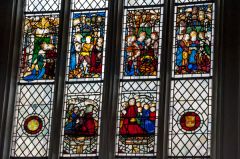 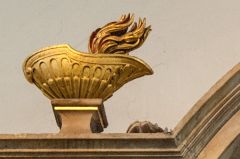 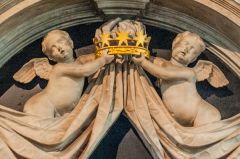