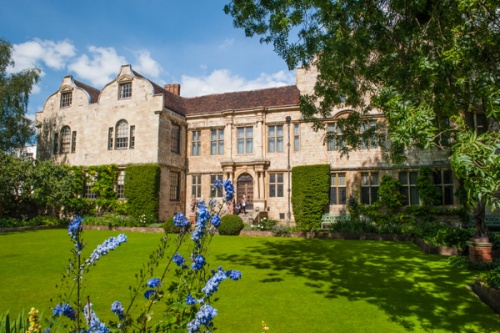 The Treasurer's House, just behind York Minster, was built in 1419 as a home for the Minster's Treasurer. As the name suggests. the Treasurer controlled the Monster's financial affairs. He also was charged with entertaining important guests, so he needed an impressive residence.

The first Treasurer pf York Minster was appointed in 1091, but the oldest section of the house is a section of a 12th-century stone wall.

In 1547 the changes wrought by the Reformation made the post of Treasurer obsolete, and the residence was given to the Archbishop of York. 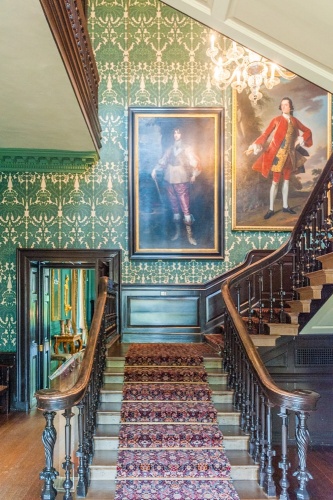 Archbishop Thomas Young, who served from 1562-1568 had the house remodelled in its present form. A descendent rebuilt the front facade in the early 17th century to create a symmetrical facade.

In 1720 the building was divided in two, separating Gray's Court, with its fine courtyard and 12th-century foundations, from the current Treasurer's House. 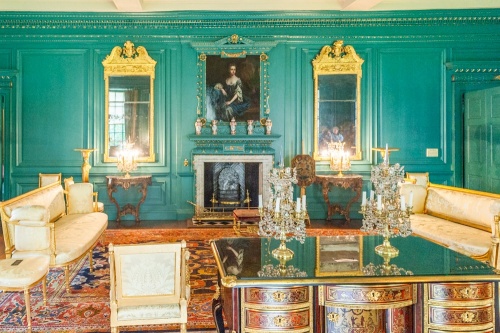 By the late Victorian period the house was falling apart, but rescue was at hand in the form of Frank Green, a wealthy industrialist and a collector of fine art and furniture who bought the house in 1897 and lived here until 1930.

Green hosted the house's second royal visit in 1900 when the Prince and Princess of Wales (the future King Edward VII and Queen Alexandra) visited along with their daughter Victoria. In honour of their visit, the chambers they occupied were later renamed the King’s Room, Queen’s Room and Princess Victoria’s Room.

When Green retired in 1930 he gave the house and his huge collection to the National Trust.

The house contains a fine collection of medieval furnishings, as well as later 17th and 18th-century furniture. 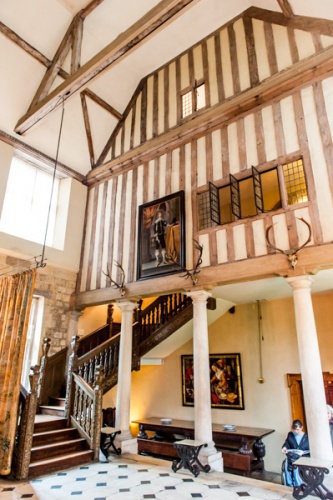 Don't go down to the cellars alone! Legend has it that when workmen were repairing the cellars, they saw a frightening apparition of a group of Roman legionaries marching past. The ghosts were only visible above the knees as if their lower legs were cut off. Excavations later revealed that a Roman road ran beneath the cellar floor, just where the ghostly legionnaires were marching.

There are more ghosts in the Treasurer's House than just Roman legionaries. The spectre of George Aislaby, a 17th-century owner, is also said to haunt the premises.

Treasurer's House is like an oasis of peace compared to the nearby Minster with its hordes of tourists. The gardens are a wonderful, peaceful space around a central green. The house is a fascinating study in time periods, with furnishings running the gamut from medieval to Georgian. 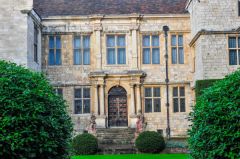 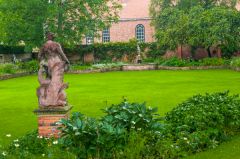 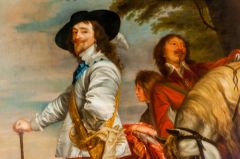 More self catering near Treasurer's House