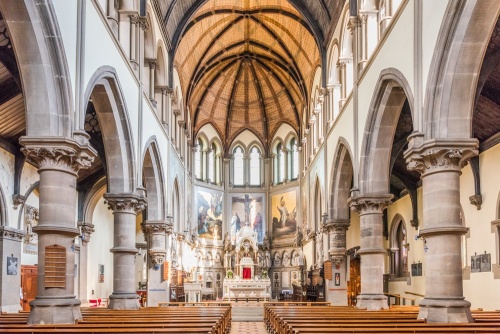 St Wilfrid's Catholic Church is a stunning Gothic Revival church built in 1864 a very short distance from York Minster. It is the major Roman Catholic place of worship in York and features outstanding stained glass, sculptures, and paintings.

There was a church dedicated to St Wilfrid on or near this location before the Norman Conquest. By the late Tudor period that early building had fallen into disrepair and was pulled down.

The parish of St Wilfrid was restored in 1742, but it was not until 1760 that the first Catholic church was opened for worship. Anti-Catholic feelings at that time were running high, so the church was hidden behind its presbytery and set back from the street. 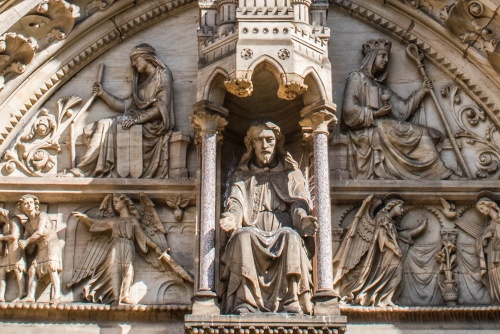 The Georgian chapel held some 700 worshippers but over time the Catholic population of York increased and the church became too small for the growing community.

A new church was needed, one that would serve as the Pro-Cathedral of the Catholic Diocese of Beverley (which no longer exists due to church reorganisation later in the 19th century). The new, much larger church was begun in 1862 and completed in 1864 to the designs of the York architect George Goldie, who had himself been baptised in the earlier Catholic chapel.

Goldie's design was inspired by 13th and 14th-century Gothic architecture and cost an estimated £10,000 to complete. The result is one of the finest Catholic churches in England and a triumph of Victorian architecture. The most obvious external features are the tower and the beautifully carved tympanum over the west entrance. 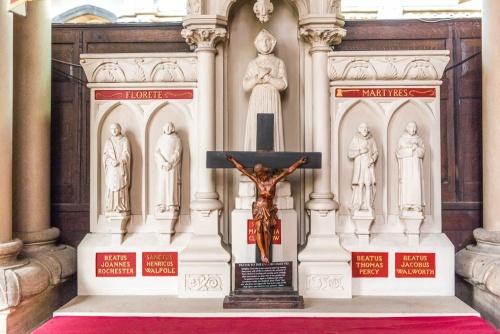 The tower stands 147 feet high (44.8m) and has a pyramidal cap that is visible across much of the historic city centre. The slender tower appears at first glance to be taller than the towers of neighbouring York Minster, but this is an optical illusion.

The tower holds a ring of 10 bells. The bells came from St John's Church in Thornham, Lancashire and were set to be sold for scrap when they were acquired by the Minster Ringing Master David Potter. Two treble bells were recast in 1995.

From the approach on Duncombe Place you climb a set of steps up to double doors under an ornate tympanum. The doors lead you into a quiet vestibule screened from the body of the church. Pass through the vestibule into a soaring light-filled space with round-arched clerestory windows to admit light. A large organ is installed in a gallery over the west doors. 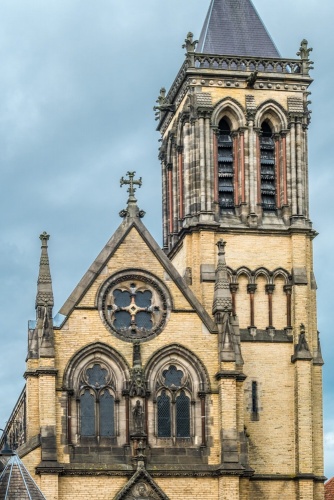 Internal features include a statue of St Margaret Clitherow, whose shrine is in The Shambles, a few minutes walk away and within the parish of St Wilfrid. Margaret Clitherow was a Catholic woman sentenced to being pressed to death under a heavy weight for the crime of harbouring a Catholic priest.

On the wall is a memorial to Captain the Honourable Edward Stourton of the 10th Hussars, who died in 1869. Tucked into the east end of the north aisle is a shrine to the English Martyrs, a group of Catholics executed for their faith during the English Reformation of 1534-1680. The men and women remembered here include John Rochester (1537), Henry Walpole (1595), St Margaret Clitherow (1586), Thomas Percy (1572), and James Walworth (1537).

The altar rails are another highlight; they were carved by Wilfrid Dowson of Kirkbymoorside, who also created the Queen's Gates at St Georges Chapel at Windsor Castle. 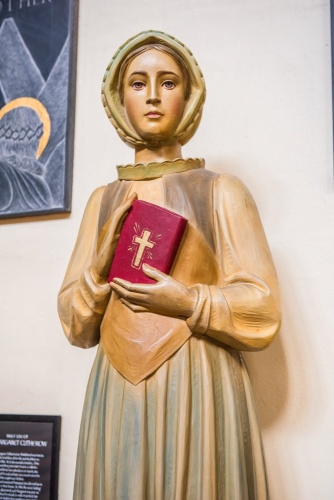 St Wilfrid's Church is quite easy to find. It stands on Duncombe Place just a stone's throw from the west front of York Minster. The striking tower is a landmark around the historic city centre and is very easy to spot. The church is usually open daylight hours and was open the two times we stopped in to explore.

Though it may lack the history of York Minster, St Wilfrid's is an exceptional example of Victorian Gothic architecture and is well worth a visit. The church is normally open to visitors during daylight hours and was open both times we visited. 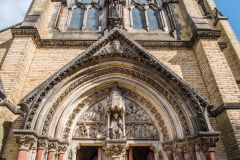 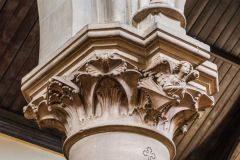