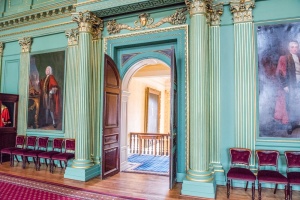 York has plenty of well-known - and deservedly popular - attractions. But in a city with such a long history, there are bound to be smaller, lesser-known attractions that many visitors miss. Here are some of our favourites.

Anglian Tower
Museum Gardens
The Anglian Tower is one of only two secular Saxon buildings in England. it was built onto the existing Roman city walls, probably as a watchtower, in the early 7th century.

Bar Convent
England's oldest convent, founded in 1686 and still in operation. The Bar Convent was originally intended as a girls school. It is set in a listed 18th-century collection of buildings and - in addition to its religious role - houses a museum, library, archives, and gift shop. One of the highlights is a lovely neo-classical 'hidden' Chapel, at the back of the complex. The Convent is open daily except for Sundays and Bank Holidays. 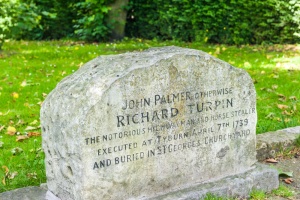 Dig Hungate
Part of the same organisation that runs the popular Jorvik Viking Centre, Dig offers visitors - especially children - the opportunity to be an archaeologist and get a feel for what a real 'dig' is like. Dig has recreated four excavation pits that mimic the real archaeological excavations at York's most fascinating sites representing major periods in York's history.

Dig up Roman, Viking, Medieval, and Victorian York in pits that have been 'planted' with artefacts just like ones that archaeologists dug up at the 1st-century Roman fortress of Eboracum, Viking Coppergate, the medieval Priory of St Andrew at Fishergate, and a Victorian terrace at Hungate.

George Hudson's House
32 Goodramgate, York, YO1 7LG
George Hudson can claim the unofficial title of York's Railway King. A farmer's son, Hudson began as a draper's apprentice, married well, and rose to become Mayor of York, a post he occupied in 1833 when he convinced railroad pioneer George Stephenson to build his new railway line from Newcastle to Settle through York.

By 1846 he controlled a quarter of all railroads in England, but he was forced to flee from creditors when his habit of skimming off company profits came to light. His former draper's shop at 32 Goodramgate is now flats, but a plaque on the wall marks one of York's most influential citizens; the man who, almost single-handedly, established York heritage as a railroad centre.

Henry VII Experience at Micklegate Bar
A museum located inside the main medieval gateway into the city of York. Special exhibits on the Battle of Towton and the history of the Bar.

Jacob's Well
Tucked away on a quiet lane off Micklegate is an attractive 15th-century timber-framed building built to serve as a residence for a chantry priest at Micklegate Priory Church (now Holy Trinity Micklegate). The house features wonderful carving around the entrance including strange beasts, foliage, grotesque heads, and a Green Man symbol. 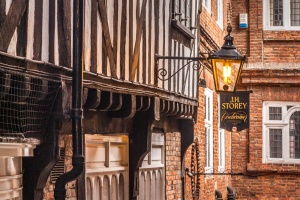 King's Manor
Exhibition Square
This attractive late medieval building began as the 11th-century residence of the abbots of St Mary's Abbey. after the abbey was suppressed it became the headquarters of the powerful Council of the North. At least 3 monarchs have stayed here (Henry VIII, James I, and Charles I). The refectory is now a popular cafe but the historic building is mainly occupied by the University of York's Department of Archaeology.

Lady Peckett's Yard
Pavement
This picturesque medieval alleyway links Fossgate and Pavement. It is named for Alice Peckett, the widow of a Lord Mayor of York who lived on the site in the mid 18th century. The alley passes beside Sir Thomas Herbert's House, the birthplace of the Civil War soldier Sir Thomas Herbert in 1606.

Mansion House
This elegant Georgian building is the official residence of the Lord Mayor of York. Begun in 1725, it was the first purpose-built Lord Mayor's residence in England. Tours take in the Georgian interiors and exhibits of civic regalia and mementoes.

Margaret Clitherow's House
A small plaque outside a modest house crammed into the tiny medieval street called The Shambles marks the former home of St Margaret Clitherow, who was executed by the authorities for her steadfast refusal to renounce her Catholic faith. Now a shrine and a popular destination for pilgrims, the house is easy to overlook as busy shoppers bustle along The Shambles.

Merchant Taylors' Hall
Aldwark
The Hall was built in 1415 for the Company of Merchant Taylors, an important medieval guild. Beside it stands a 1730 almshouse. The Hall features an outstanding timber roof and stained glass by the York glass painter Henry Gyles dated 1662. 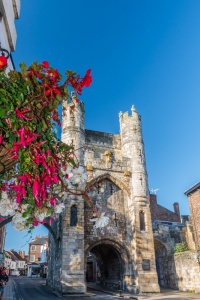 Multangular Tower
Museum Gardens
This 4th-century tower is the oldest standing Roman building in York. It was one of two corner towers built to defend the Roman fort of Eboracum. Within the tower are Roman stone coffins excavated elsewhere in the city.

Museum Gardens
Between Marygate and Museum Street
This popular public park was formed from the monastic precinct of St Mary's Abbey and takes its name from the Yorkshire Museum, which stands beside the abbey ruins. The garden is home to a medieval hospital ruin, a Roman tower, a 7th-century tower, a medieval guesthouse, and beautiful displays of flowers and unusual plants in season.

Norman House
The Norman House is the oldest dwelling in York of which any substantial remains survive. Originally a two-storey Norman building built of freestone, only foundations and two walls remain of this early medieval building located just behind Stonegate. Set into the wall is a very nicely preserved first-floor window.

The house was probably begun around 1180 and served at one time as a Prebendal house of Osbaldwick, a village near York, and a later house on the site was used by clergy serving York Minster until the 19th century.

Richard III Museum at Monk Bar
Don't say a bad word about Richard III here! Often portrayed as the archetypal evil uncle, Richard III has been vilified by historians and blamed for the murder of his nephews, the so-called 'Princes in the Tower'. Did he do it? Decide for yourself at the Richard III Museum, where you can hear the evidence in the 'Trial of Richard III exhibition and cast a vote to decide the king's fate. 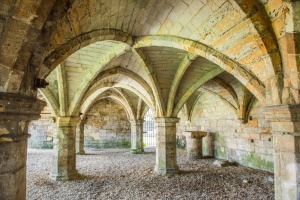 Roman Column
Minster Yard
Standing opposite York Minster's south front is a 9.5m high column that once supported the basilica, or headquarters building of the Roman fort of Eboracum. The column was found under the Minster's tower in 1969 and re-erected in minster Yard to mark the 1900th anniversary of the founding of York.

St Leonard's Hospital
Museum Gardens
Sometime around AD 937, King Athelstan founded a chapel in a corner of York's Roman fort. Re-founded as a hospital by William II and rebuilt by King Stephen, St Leonard's Hospital became the largest and most important in northern England until it was suppressed by Henry VIII in 1540.

St William's College
Located appropriately enough on College Street, in the shadow of York Minster, is this attractive 15th-century timber-framed building, established as a college of priests. Now under the care of the Minster, it serves as a function area and exhibition hall, but visitors can tour the restored medieval chambers for a nominal fee.

York Army Museum
Tower Street
This excellent military museum stands almost in the shadow of Clifford's Tower and traces the history of the Prince of Wales's Own Regiment of Yorkshire and the Royal Dragoon Guards. Highlights include the Dettingen Standard (1743), the oldest British cavalry standard, and a scrap of cloth cut from Napoleon's camp bed after the Battle of Waterloo.

York's Chocolate Story
King's Square
Follow the rich (and sweet) history of York and its ties to Britain's best-loved chocolate companies at this fascinating attraction. Try your hand at making chocolate and watch expert chocolatiers at work.

York Cold War Bunker
Monument Close
Tucked into a residential sidestreet is a Cold War military fallout shelter and command post, built in 1961 to detect a nuclear attack. See the original communication and monitoring equipment, decontamination chambers and a sewage ejector system that made the bunker completely self-contained.

York Tyburn
Tadcaster Road
The official place of execution in York for over 400 years, named for Tyburn in London. The first execution took place in 1379 and the last in 1801. Tyburn was the execution place of the notorious highwayman Dick Turpin (d 1739).