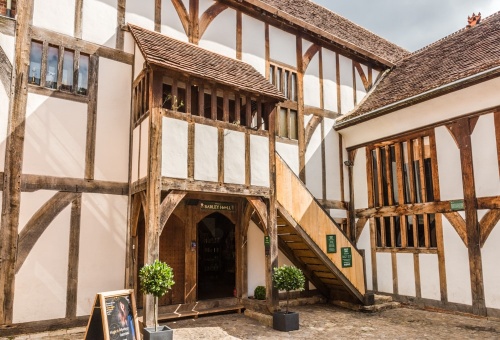 Barley Hall is a hands-on 'living museum', letting visitors experience life in a restored 15th-century house in the centre of York. This is one historic attraction where you are encouraged to touch and pick up exhibits. Sit on the chairs, open chests, and generally explore the house as you choose. Children will love Barley Hall.

You can follow costumed guides as they escort groups through the hall, or hire an audiotape tour. On summer weekends there are special period events, such as mystery plays and medieval markets. 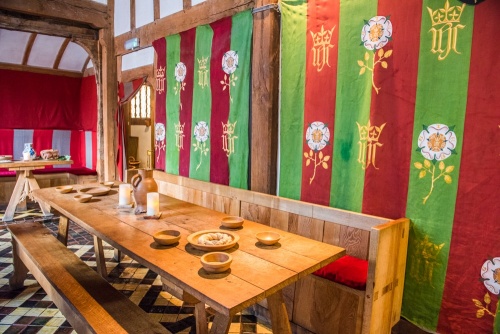 During the medieval period, many monasteries in Yorkshire maintained close links with York Minster. That was true of Nostell Priory near Wakefield. The Augustinian priors of Nostell were also prebendary canons of York Minster and in that capacity they had to regularly attend meetings and be present for church ceremonies in York. It made sense for them to build their own place to stay while in the city.

In 1360 Prior Thomas de Dereford had a hostel built in what is now Coffee Yard, off Stonegate. It was known as Barley Hall.

In 1430 a wing was added to the 14th-century hall. Around the same time, Nostell Priory began to lease out Barley Hall to private tenants. One of the tenants was William Snawsell, a wealthy goldsmith who served as an Alderman and a Lord Mayor of York. Snawsell lived in Barley Hall for over 20 years, from the 1460s to the late 1480s. Around 1489 he moved to Bilton-in-Ainsty to live with his son. 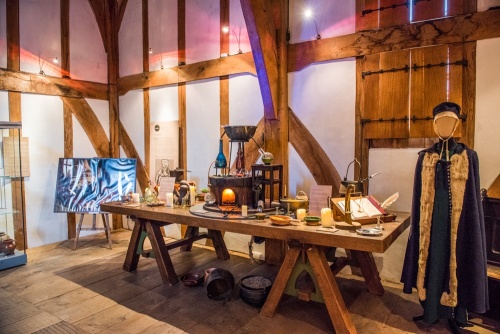 The Hall has been restored to the way it would have looked during Snawsell's tenancy. You can see Snawsell's goldsmith workshop in the Hall's Gallery.

In 1538 Barley Hall was leased for life to a tanner named Thomas Cookman, who paid 8s per year. Just two years later in 1540 Barley Hall was caught up in Henry VIII's Dissolution of the Monasteries. Since it was owned - though not used - by Nostell Priory, it was seized by the Crown.

Over the following century the building was divided into several residences. These internal dividing walls made it possible to insert a 'snickleway', a public short-cut between Stonegate and Swinegate, running right through the house. It seems quite bizarre to see pedestrians walking directly through a passage in the centre of the Hall. 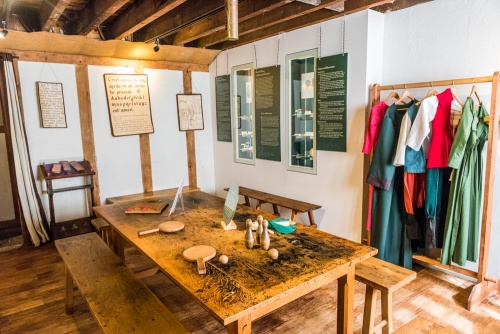 In the 19th century, Barley Hall was was home to several tradesmen's workshops. Over time the exterior of the medieval Hall was hidden behind a modern facade. In the 20th century, it was used as an office building. By 1987 the office building was in a state of decay and was scheduled for demolition.

Thankfully, the modern facade was stripped away before demolition began and the medieval building beneath was revealed. The York Archaeological Trust stepped in, bought the Hall, and restored it over the course of three years. It opened to the public in 1993.

Barley Hall does an exceptional job of making the world of the 15th century come alive. One exhibit looks at the role of magic in everyday life, including the role of magical spells and charms, the lives of famous witches and wizards, and the strange world of medieval alchemists and how it grew to become modern science. Find out how peculiar remedies and superstitious beliefs were woven into the fabric of everyday life.

One part of the exhibit displays a copy of a 'Brazen Head' allegedly made by the 13th-century Franciscan friar and philosopher Roger Bacon. 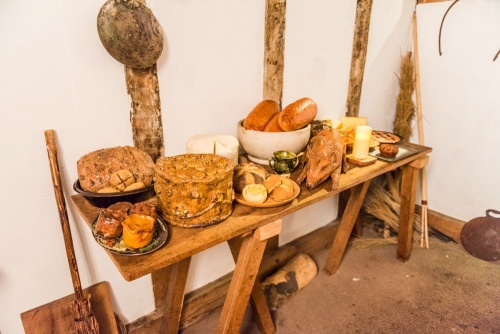 The most famous feature of Barley Hall is a window covered with long, thin slats of cattle horn. In an age when making large sheets of glass was prohibitively expensive most of York's buildings, including Barley Hall, had window openings covered in sheets of horn.

This translucent material would not let residents see out, but it would admit some light into the Hall. Barley Hall would have had a ready supply of horn from the cattle market in the Shambles. Cattle horns were boiled to separate the translucent horn covering from its bony core. The horn was then flattened while still hot, and allowed to cool.

The Parlour is where William Snawsell met clients and conducted business. It is furnished with a replica 14th-century hand-carved chest from Ripon. There is also a writing desk with places for feather quills and inkhorns. 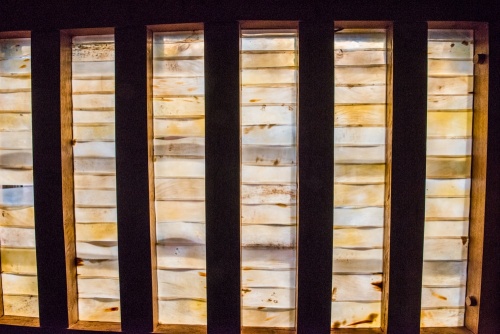 One chamber has been furnished as a Tudor schoolroom, though there's no suggestion that such a room existed in the original Hall. Other chambers include a Pantry and a Buttery, but the showpiece chamber is the Great Hall, where you can see an exposed section of the original medieval floor with carefully arranged brick tiles forming a geometric pattern.

Editor's note: Barley Hall doesn't get the attention it deserves in most guides to York. We enjoyed our visit enormously - it is not a glamorous or glitzy 'attraction' but a wonderful, largely authentic, glimpse into what life was like in historic York. Barley Hall was one of the most enjoyable stops we made while visiting York, and our children really loved it.

Barley Hall is most easily reached by a pedestrian passage off Stonegate, a short stroll from York Minster. There is no onsite parking, but then you really wouldn't plan on driving through the historic centre of York anyway! Barley Hall is open year round and there are joint tickets available with the Richard III Museum in Monk Bar and the Henry VII Experience in Micklegate Bar. 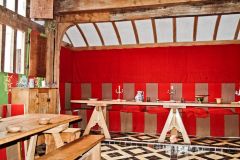 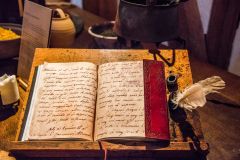 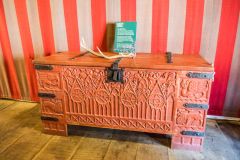 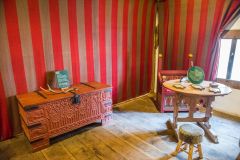 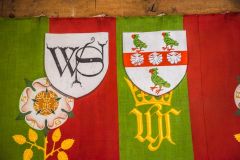 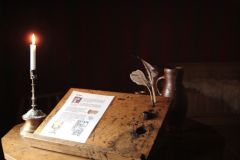 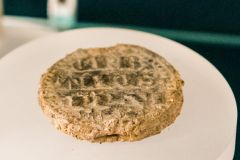 More self catering near Barley Hall