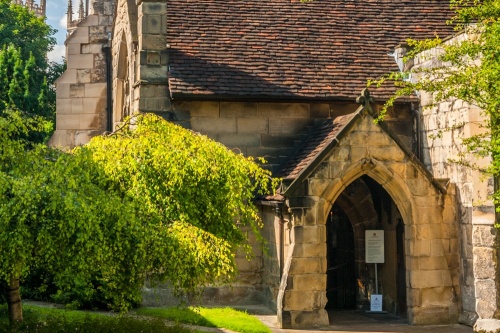 Tucked behind a row of houses said to be among the oldest in England is the 15th-century church of Holy Trinity. There was a church on this site at the time of the Domesday Book, but most of the present church exterior dates from the 17th and 18th centuries.

Most visitors to York, and even many natives, hustle along Goodramgate without ever knowing that a half-obscured path leads from the busy shopping street to a peaceful churchyard and the remains of this wonderful medieval church. The entrance is through an 18th-century brick archway, joined to Our Lady's Row; a group of labourer's dwellings erected in 1316. 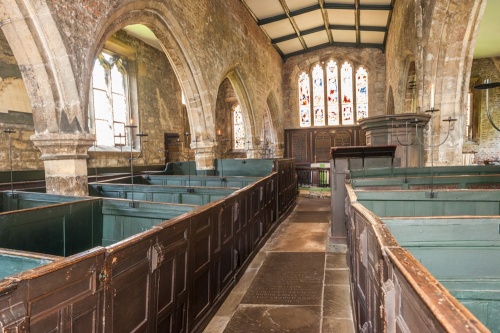 Holy Trinity was founded as early as the 12th century, but most of the building we see today is a product of the 15th century. The roof is an unusual saddleback design.

You enter through a red brick entrance built in 1776, into a startling Georgian interior, notable for its irregular box pews, the only remaining box pews in York. The high-sided pews not only gave the worshippers a bit of privacy but equally important, they helped keep out drafts on a chilly day. 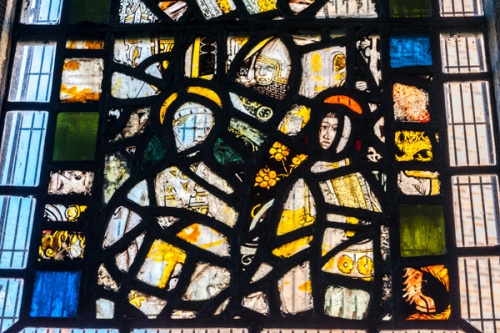 The interior is lit only by light filtered through stained glass windows, and by candlelight. There is no electricity or gas to the church, nor running water, so we see it as people might have seen it centuries ago, with candles imparting a soft golden glow to the interior.

Though the interior is predominantly Georgian, Holy Trinity has several very good medieval features, including a late 15th century east window. The window was donated by John Walker, rector in 1471.

Walker was not averse to a little self-aggrandisement; he had an image of himself, kneeling in prayer, inserted below a depiction of the Holy Trinity. There are two dedication boards recording names of Lord Mayors of York. Look for the name of George Hudson, 'The Railway King'.

The church boasts a 14th-century font and a pulpit dated to 1695. There is also an unusual inner chapel, separated from the main body of the church so that lepers could be kept at a distance yet still participate in church services. The lepers could see the altar area through a squint, or hagioscope in the wall of the chapel. 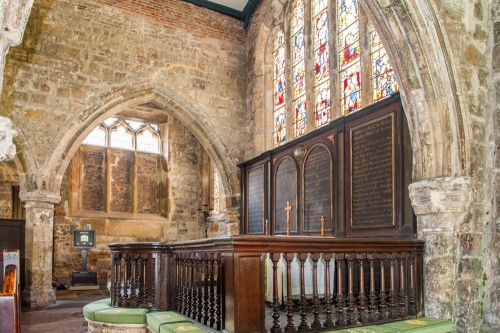 Holy Trinity is in the care of the Churches Conservation Trust, but it is still used for services at least 2 days per year. It is open to visitors on most days. I've visited the church on several occasions and it truly is a peaceful place, an oasis of calm, with an aura of ancient heritage, yet only a stone's throw from the busy shoppers on Goodramgate. 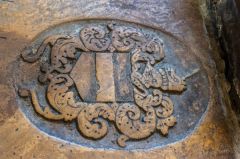 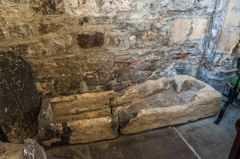 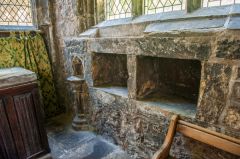 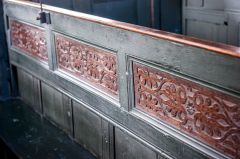