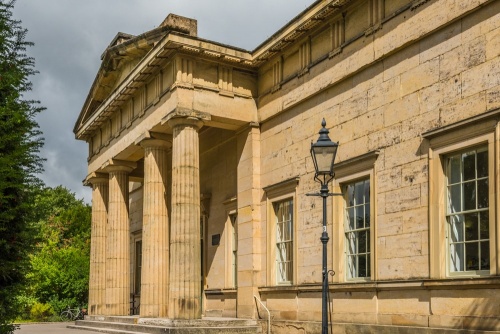 The Yorkshire Museum is an archaeological treasure trove boasting some of the finest historical artefacts in all of Europe. Permanent exhibits trace the history of Yorkshire from the earliest times.

Other displays show the changing pattern of the geography and climate of York over the past 300 million years. There are also regular temporary exhibits ranging from art to dinosaurs and beyond. 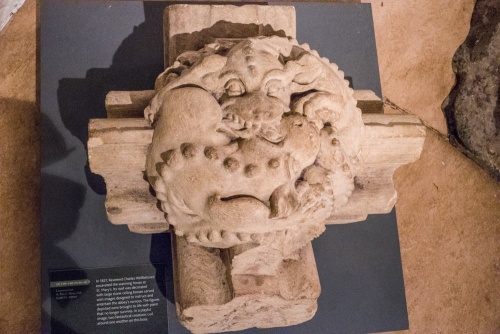 The museum is on three floors. In the Basement level you will find galleries devoted to 'Medieval York: Capital of the North'. One gallery highlight is the 15th century Middleham Jewel, a remarkable gold pendant with a sapphire attached found at Middleham Castle, Richard III's boyhood home.

Other medieval highlights include the York Boar Badge, a silver-gilt badge in the shape of a boar crafted in the late 15th century. The white boar was Richard III's symbol before he became king. Thousands of silver badges were made for his supporters in 1483 but very few have survived.

Also in the Medieval York gallery is the Escrick Ring, a gold finger ring dated to the 5th century and set with a large blue gemstone. It was found by a metal detectorist in 2009. 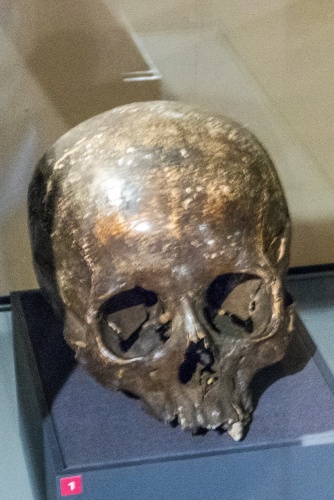 The ground floor has two major themed areas; Yorkshire's Jurassic World, and Roman York. In the latter gallery, you will find the Statue of Mars, one of the most perfectly-preserved pieces of Roman sculpture in Britain. Other Roman objects include a pot in the shape of a head and a plaque dedicated to the god Mithras. Here are Roman mosaics from the Roman settlement of Eboracum, which evolved to become the city of York.

See the skeleton of a wealthy woman known as the Ivory Bangle Lady, a 4th-century resident of York. She was buried with ivory bracelets, earrings, beads, pendants, a glass mirror and a blue glass jug. The most important find from the Ivory Lady's grave, however, was a piece of bone inscribed with a Latin phrase translating as 'Hail, sister, may you live in God', suggesting that she was a very early Christian.

Another remarkable Roman artefact is a very rare hairpiece, or wig in the form of a bun of auburn hair, worn by a girl in her teens who lived in the late 3rd or early 4th century. 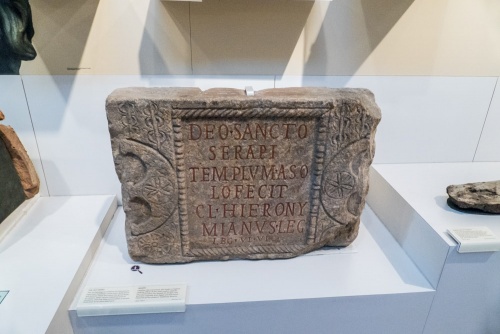 Inscribed stone from the Roman temple of Serapis

The Jurassic World exhibit includes an ichthyosaur skeleton thought to be the largest complete skeleton of its kind. This extinct marine reptile's skeleton was discovered on the coast near Whitby and measures about 8m in length (roughly 25 feet).

The Jurassic World exhibit also features dinosaur bones and The Middlesborough Meteorite, which struck the earth in 1881 and is thought to be some 4.5 billion years old.

The first floor has two more themed areas; Yorkshire's Prehistoric People and The Story of the Rocks, looking at the remarkable career of the British geologist William 'Strata' Smith, known as the Father of British Geology. The highlight of this gallery is Smith's 1815 map, the first complete geological map of Britain, showing strata and geological zones throughout the country.

Also on this floor are the Towton Torcs, a pair of gold bracelets found in a stream bed near the Yorkshire village of Towton. The bracelets probably belonged to a wealthy member of the Brigantes tribe, who held most of Yorkshire in the Iron Age. 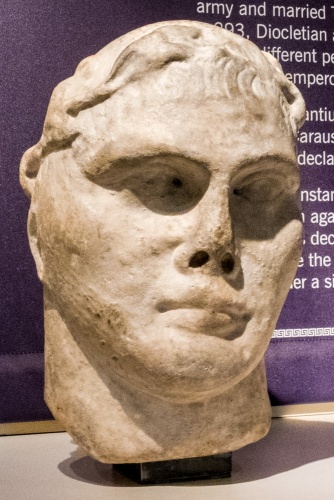 Marble head of the Emperor Constantine

The museum stands in Museum Gardens, immediately beside the ruins of St Mary's Abbey.

Note: You can get a joint ticket to the Yorkshire Museum and the York Castle Museum for considerable savings.

The Yorkshire Museum is in Museum Gardens, between Marygate and Museum Street. There is no on-site parking; the nearest car park is on Marygate. Do take the time to explore the other historic attractions in Museum Gardens, including the ruins of St Mary's Abbey, the medieval Hospitium, St Leonard's Hospital, the Multangular Tower, the Anglian Tower, and the Yorkshire Observatory. 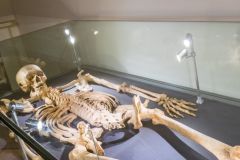 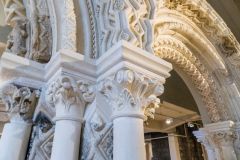 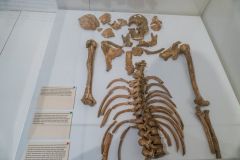 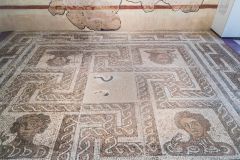 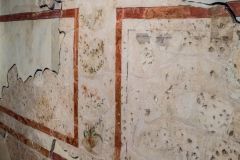 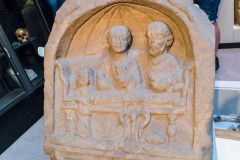 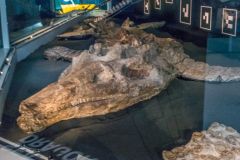 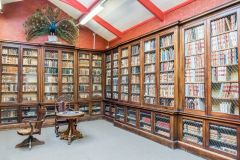 More self catering near Yorkshire Museum