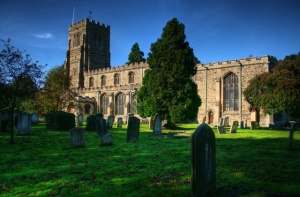 This small village is tucked in beside the Bedfordshire/Cambridgeshire border on the banks of the River Great Ouse. It has now been almost enveloped in the expanding sprawl of St. Neots, across the river. Eaton Socon was traditionally part of Bedfordshire, but officially 'moved' into Cambridgeshire when it was declared part of St Neots in 1965.

The village is mentioned as "Eaton" in the Domesday Book when the manor belonged to Eudo Dapfier. In the 13th century, the village became a "Soke", which meant it was independent of the local Hundred Court at Barford. In time, "Soke" became "Socon".

The river location meant that Eaton Socon has always been well served by water mills; there were two at the time of the Doomsday Book, and four by the 17th century. The old Great North Road (now the A1), runs through Eaton Socon parish, and the village was a popular staging area. Several inns remain, a legacy of this bustling period, and the village retains a few thatched cottages.

The church of St. Mary the Virgin is largely 15th century, with earlier 14th-century work in some parts of the building. The 12th-century font of Purbeck marble speaks of an even earlier church on this site. The walls are built of cobblestones, though the tower incorporates ironstone.

Castle Hill, beside the large churchyard, is the site of a now-vanished castle.

Today most visitors come to Eaton Socon to see the remains of Bushmead Priory. The priory was established in 1195 as an Augustinian house and retains medieval stained glass and wall paintings. 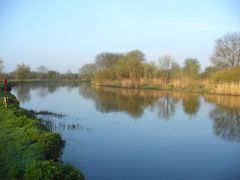 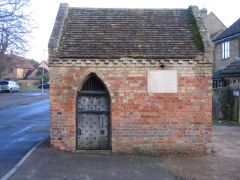 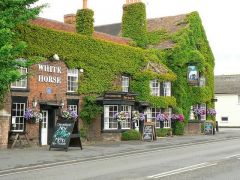 More self catering near Eaton Socon