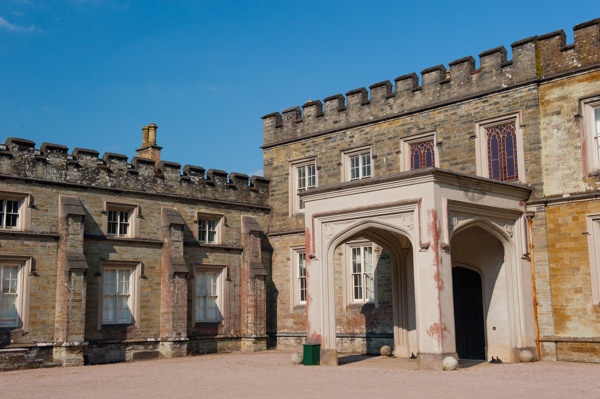 Port Eliot is the ancestral home of the Eliot family, Earls of St Germans. The house has roots as ancient as the 5th century AD, making it one of the oldest buildings in continuous habitation in the UK. Excavations have revealed a late Iron Age glazed tiled floor thought to date to the late 3rd century.

Around AD 430 St Germanus of Auxerre founded a church here. That church grew in importance to become a bishop's seat and among the most important monastic sites in the south-west. The priory was refounded as an Augustinian monastery in 1161. During the medieval period, the priory maintained a busy port.

The monastery was dissolved by Henry VII in 1539, and parts of the monastic buildings were incorporated into the dwelling house that was built on the site. Port Eliot House was constructed around these medieval and earlier remains, beginning in the early 18th century. Among the surviving medieval features are the undercroft and abbot's lodgings. 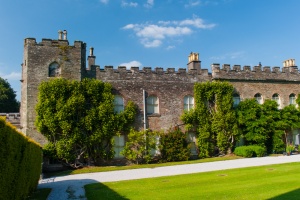 In the early 18th century the Eliot family decided to create a park in keeping with their wealth and status. They dammed the estuary, diverting the watercourse, and built a winding drive two miles long to follow the water's edge. The drive winds through carefully designed parkland before you emerge to find a stunning view of the mansion side by side with St German's Priory.

The 18th-century house was remodelled by Sir John Soane in the late 18th century, and a service wing was added in the 19th century. Soanes also restored the remains of the Priory beside the house, now St Germans Priory Church, which originally acted as a cathedral for the whole of Cornwall. At the same period when Soanes was remodelling the house and Priory, Humphry Repton was laying out the surrounding landscape gardens and park.

The interior is a treasure trove of fine art and furnishings accumulated by generations of the Eliot family. Among the artwork on display are portraits of family members by Reynolds, Ramsey, and Hoppner. The family connection with the arts is emphasised each summer when the house and grounds play host to the Port Eliot Festival, a four-day celebration of music, literature, fashion, and food.

The house is open for guided tours on specific days during the spring and summer. Tours take in the basement, the oldest part of the house, where you can see 9th-century foundation walls and early medieval windows from the Augustinian monastery. Our family took one of the tours and had an absolutely wonderful time; the house interior is simply stunning, with a mix of both old and very modern works of art creating an endlessly fascinating visitor experience.

One of our favourite rooms was the Drawing Room, which once served as a monastic Refectory, where the monks ate communal meals. The most famous room in the house is The Round Room, designed by Soanes and thought to be among his best works. The room is decorated - one might almost say 'overwhelmed' - by a superb mural painted by Robert Lenkiewicz.

Another highlight is the Conservatory Annex, converted by Soanes from a suite of Tudor rooms. The doorway glass is almost all original 18th-century panels, spun on a centrifuge. A contrast to the 18th-century splendour is the Morning Room, a 19th-century room covered in rich red French damask. 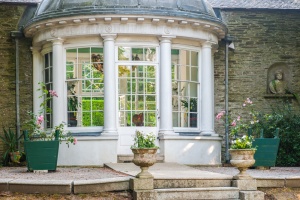 An even more striking contrast to the fashionable rooms above stairs is the House Carpenter's Shop below stairs, where the carpenter and his apprentice would repair furniture, window frames, and maintain the household fittings.

The house stands on the Tamar Estuary, with wonderful views across parkland and the estuary itself, and a classic view towards the Romanesque railway viaduct designed by Isambard Kingdom Brunel. When Lord St Germans sold land to Brunel's Great Western Railway the contract stipulated that a station had to be built for the village and that Lord St Germans had the right to stop any train. This right was retained until the railway was nationalised in 1947.

The gardens feature camellia, rhododendrons, and azaleas, and are particularly enjoyable in spring, when the early bulbs are in bloom. In the garden is a picturesque 18th-century thatched boathouse. The Boat House served as a working dock until the arrival of the railway in the 1860s made it redundant. Before the railway came to Port Eliot staff would have to undertake regular boat trips to Plymouth for household supplies.

Look for the Orangery, built in the 1840s, looking over a formal garden bounded by tall hedges. Another popular area of the garden is the Rhododendron Garden, laid out at the end of the 19th century, with winding pathways through glades of colourful blossoms. Other garden features include Edwardian summerhouses, fountains, and ornamental ponds. Children and adults will enjoy a secret maze. 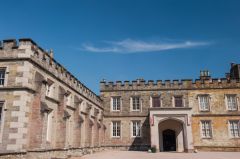 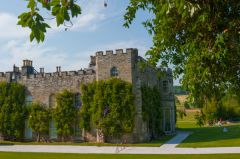 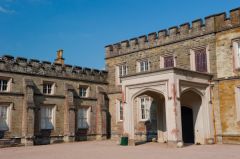 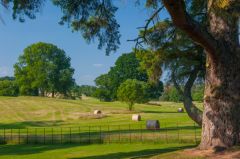 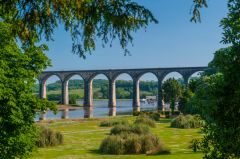 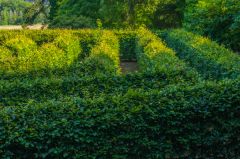 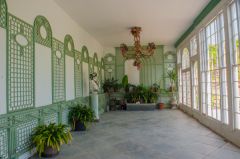 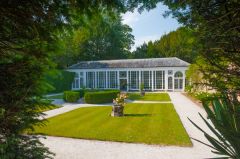 More self catering near Port Eliot >>