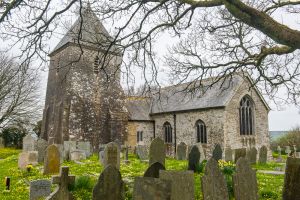 Duloe is a small village just inland from the port of Looe. There are three main attractions of historic interest around Duloe; the medieval church, the nearby Holy Well founded by St Cuby, and the smallest prehistoric stone circle in Cornwall.

The church dates to the early medieval period and has a very unusual layout; the tower is not at the west end or centrally located, but instead, stands at the west end of the south transept. In the chancel aisle is a monument to Sir John Colshull (d. 1483), and the parclose screen is decorated with coats of arms of families connected to the Colshull, or Coleshull, family. Other good monuments include a tomb chest and effigies of John Killiow (d. 1601) and his wife, and a slate monument to Ann Coffyn (d. 1592).

There is another slate monument showing two unknown men and their wives and children, all in 16th-century dress. The font bowl is said to have been carved by St Cuby himself to act as a basin for the nearby holy well, also founded by St Cuby. The font bowl has a very un-Christian carving of a gryphon and probably dates to the 6th century so it may well have been carved by Cuby himself.

The story goes that Cuby found the spring and built a chapel beside it. The holy well is located 1/2 mile outside the village towards Looe, about 350 metres from the church. The well is covered by a 20th century well-house of granite. Under the well-head is a square stone basin, fed by an underground spring. A large stone bowl that once held water at the well is now in the village church.

The well is connected with St Cuby, or Cybi, a very early bishop who preached throughout Cornwall before moving on to Wales. Cuby was the son of a Cornish king, but he renounced all claim to his father's throne and set out on a life dedicated to missionary work and travel amongst the largely pagan population of Cornwall.

The well can be found off the B3254 heading into Duloe from the direction of Looe, opposite the drive to Westnorth Farm.

About 250 metres north east of the church stands a stone circle composed of 8 quartz stones, up to 8'6" in height. Duloe Stone Circle has been called the smallest in Cornwall. It is composed of alternating large and small stones, 7 of which are still standing while 1 has fallen. A Bronze Age urn full of cremated bones was found beneath one of the stones. It is possible that the stones are all that remains of a burial cairn. The circle is roughly 39 feet across and stands west of the B3254 in a farm field.

The presence of the stone circle, holy well, and village church within such a small area suggests that Duloe was a place of significance for a very long time! 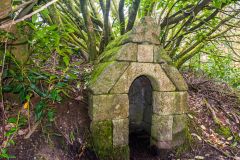 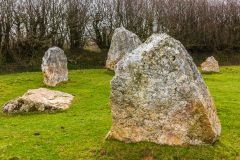 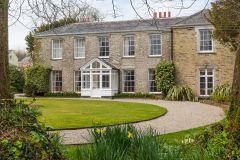 More self catering near Duloe >>

More bed and breakfasts near Duloe >>