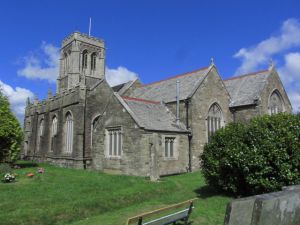 The ancient stannary town of Liskeard is located in southern Cornwall close to the Looe River and the popular tourist destination of Looe. The town was mentioned in the Domesday Book when the manor was held by the Count of Mortain.

Liskeard was granted a market charter in 1240 and became a prosperous market town in the Middle Ages. That prosperity was enhanced in the 19th century with the onset of a copper mining boom.

Many of the historic buildings in the town centre date to this period of the town's history, and many were designed by architect Henry Rice, which gave rise to a local rhyme, ''Twas Henry Rice, who made it nice'. One of the most impressive is Webb's House, an imposing Victorian building that began as a grand hotel.

Liskeard's medieval parish church is the second-largest in Cornwall. The church we see today is mostly 15th century, but it stands on the site of a much older building erected shortly after the Norman Conquest. The base of the west tower retains 12th-century stonework and a leper window. The south aisle and Lady Chapel were added in the 14th century. Perhaps the single most impressive historic feature is the beautifully carved pulpit, crafted in 1636.

One of the most interesting historic buildings in town is Stuart House, a late medieval dwelling on Barras Street. The name dates to the Civil War when Charles I stayed here in 1644 when his soldiers were pursuing a Parliamentary army. It is now used as a community arts and heritage centre, with themed rooms exploring the history of the house and the town. Not surprisingly, given the Stuart royal connection, there is a special exhibit on Liskeard in the Civil War.

Another local landmark is the Guildhall, built in 1859 and notable for its slender clock tower. Liskeard Museum is set in a 19th-century former bank building and houses exhibits telling the story of the town and the surrounding area, with a special emphasis on the Caradon mining industry. See mining equipment, maps, models, and geological displays.

Just outside the town is a holy well dedicated to St Cleer, and a short distance away is King Doniert's Stone, a standing stone with a 9th-century inscription dedicated to the King of Cornwall. More ancient is Trevithy Quoit, a Neolithic burial chamber. 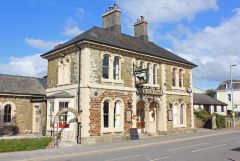 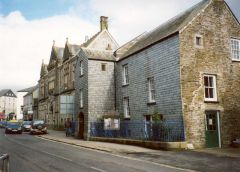 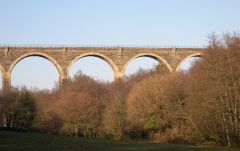 More self catering near Liskeard >>

More bed and breakfasts near Liskeard >>