HERITAGE HIGHLIGHTS:   Arches from the Church of St Mary of the Annunciation 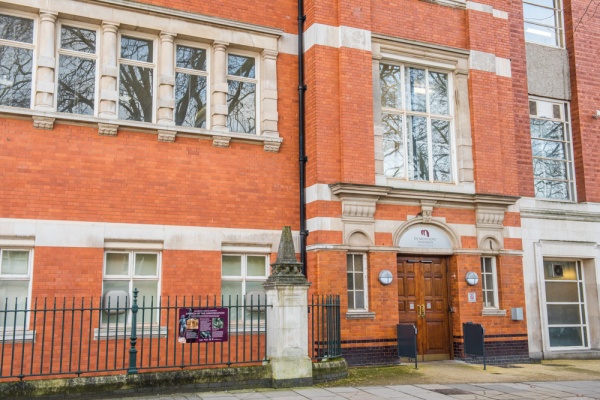 The Simon de Montfort University Heritage Centre tells the story of the university (usually abbreviated as DMU). The university is the oldest higher education institution in Leicester and is named for Simon de Montford, the 6th Earl of Leicester (1208 – 1265), who rebelled against the rule of Henry III and was for a time the de facto ruler of England.

De Montfort famously summoned the first meeting of the 'House of Commons', made up of elected representatives from each city.

The Heritage Centre is an intriguing display of artefacts associated both with the history of the university and of Leicester itself.

The University began in 1870 as the Leicester School of Art, with its major focus to produce apprentices for local industries such as hosiery and textile manufacture, furniture making, and printing. Over the following century it underwent regular changes of focus, becoming first the College of Art and Technology and later Leicester Polytechnic. It gained its present name in 1992. 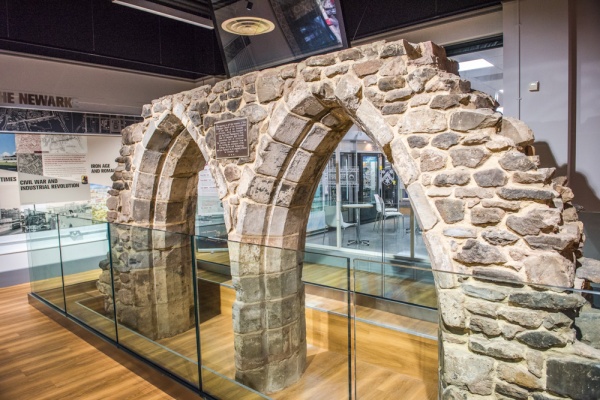 Arches from the Church of St Mary of the Annunciation

The University Heritage Centre is located in Hawthorn Building, with the entrance on The Newarke, almost opposite the Newarke Houses Museum and just a few steps from Trinity Chapel. You reach the Centre by travelling down a timeline hallway, tracing the history of the university from its beginnings as an arts centre to its status as a modern university.

The Centre has two small galleries, relating the story of The Newarke and how this area of the city developed from a Roman settlement. By far the most important historic exhibit is a pair of medieval arches, all that remains of the Church of St Mary of the Annunciation.

The church developed during the 14th century and is thought to be the place where Richard III's body was brought for public display after his death at the Battle of Bosworth in 1485. After the king's body was displayed to the public to prove that he was dead, he was carried to nearby Greyfriars monastery for burial. The pair of medieval arches are all that remains of the church.

In addition to the medieval arches, there are also displays of objects found on the site including Civil War weapons and armour recovered from the Royalist attack on Leicester in 1645, an attack that has been called the bloodiest battle of the Civil War. 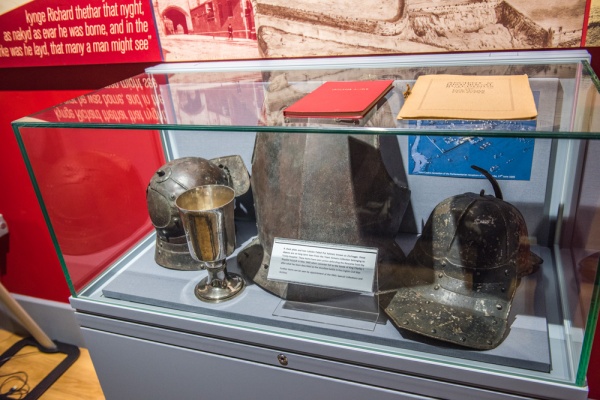 The Heritage Centre is home to an exhibition on the history of Hammer Films. The film company is known for producing horror films that have achieved cult status over the years. The Hammer collection was donated to the University and the Heritage Centre displays old film posters and marketing material.

When we visited there was a display on the history of cinemas in Leicester, tracing the history of old cinemas and how many were transformed by the immigration of Indian and African natives to the Leicester area.

The Centre also looks at the achievements of University students and staff over the past 150 years, especially in the fields of the arts, fashion, manufacturing, health, and technology.

The Heritage Centre is free to enter and is quite small. It should take no more than 20-30 minutes to explore. 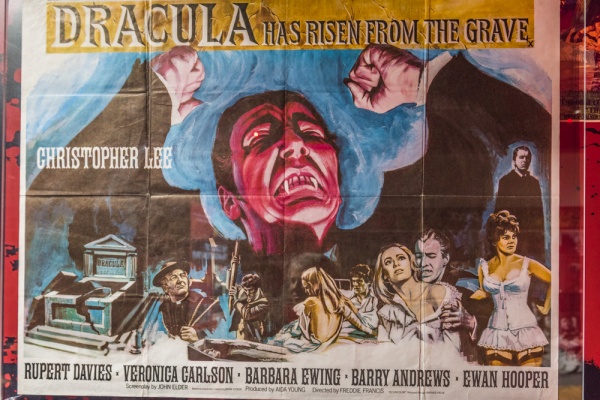 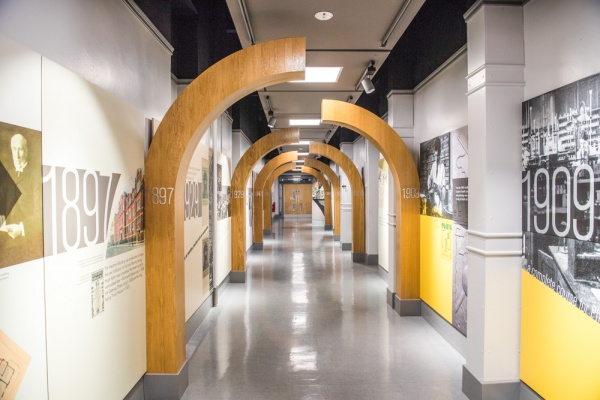