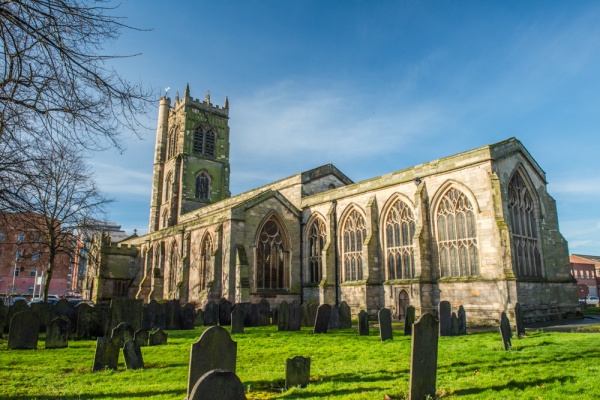 The imposing medieval parish church of St Margaret is a Leicester landmark, and may stand on the oldest place of Christian worship in the city. There have been three churches on this spot, which stands outside the original city walls. The first church was established around AD 679.

It seems that when the Danes settled in this area they did not settle in Leicester itself, but chose to live outside the walls, close enough to trade with the locals but not actually live amongst them. The pagan Danes gradually converted to Christianity, and as the Danish settlement grew they wanted their own church.

The present building dates to the 13th century, with a tower and clerestory added in 1444. Money for the 15th-century expansion was raised when the Bishop of Lincoln ordered a 'smoke farthing' or special tax. The 'smoke' part of the tax comes from the fact that each parish had to pay an amount based on the number of chimneys within the parish. Since chimneys meant fireplaces and fireplaces indicated wealth, this was considered a fair assessment of each parish's ability to pay.

The most famous priest to serve St Margaret's was Robert Grosseteste (1175-1253), a famous statesman, theologian, scholar, and scientist who rose to become Bishop of Lincoln and one of the most influential men in 13th century England. 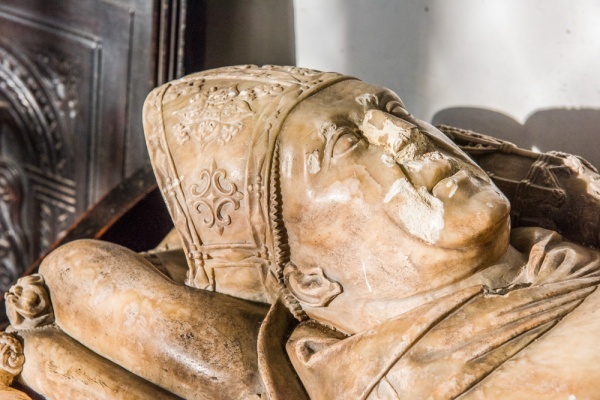 Bishop Penny's effigy in the sanctuary

Curiously, St Margaret's is the only one of Leicester's medieval parish churches not to be granted to Leicester Abbey, yet within the church is the grave of Abbot Penny, one of the last abbots to serve the Abbey before it was suppressed by Henry VIII.

Abbot Penny's alabaster effigy stands on the north side of the sanctuary. He was also known as Bishop Penny, for he served as Bishop of Bangor from 1504-1509 and Bishop of Carlisle from 1509 until his death in 1520. The alabaster effigy is set upon a 19th-century table base. The effigy was almost certainly moved here from the Abbey church when the Abbey was dissolved by Henry VIII.

Directly opposite Abbot Penny's memorial is a beautifully carved 14th-century sedilia, or clergy seat, with a frieze of stone heads over the seats. Some of the stone heads are in the form of Green Men, the ancient pagan symbol of fertility later adopted by the Christian church. There are more Green Men and other grotesque carvings under statue niches on both sides of the altar.

Several of the 19th-century wooden choir seats have carved misericords. The reredos behind the altar was designed by GF Bodley, one of the most prolific 19th-century church architects in Britain. 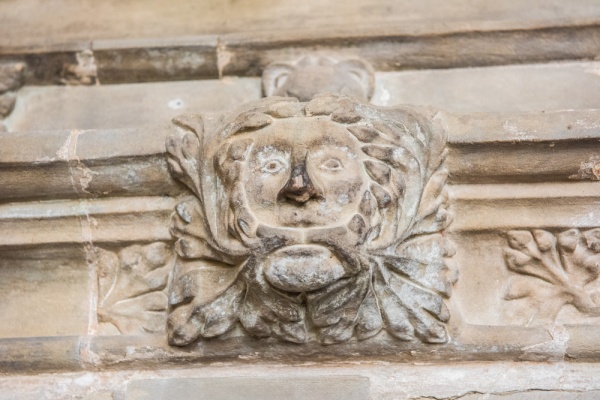 Green Man carving in the chancel

In the nave floor is a memorial slab to William and Agnes Barbor, dated 1444. The octagonal font is 15th century, decorated with quatrefoil and trefoil panels. Near the font is an old medieval chest, made from a dugout tree trunk. The chest still has its original iron straps.

To the north of the chancel arch is a very rare and possibly unique feature; a round well shaft cut delving deep beneath the floor. The well may have been dug when the 13th-century church was built to supply water for mixing mortar on-site, then incorporated within the structure of the church itself.

In the churchyard, surrounded by iron railings, is a monument to Andrew, 5th Lord Rollo (d. 1765), who contracted fever at the Siege of Martinique and was on his way home to his family home in Perthshire when he finally succumbed to the disease (an alternative version of events suggests that Rollo was on his way to Bristol where he had advised by his doctors to retire).

The west end of the church faces Sanvey Gate. The word Sanvey is thought to come from the Latin words 'Sancta Via', or Holy Way. The name refers to a procession that took place every Whit Sunday from St Mary de Castro to St Margaret's.

St Margaret's is a delightful medieval building, full of historic interest. The grotesque carved heads in the chancel are of the highest quality.

The church has limited opening hours. As of this writing, it is open on Saturdays, but it would be a good idea to check official opening times before making a visit. 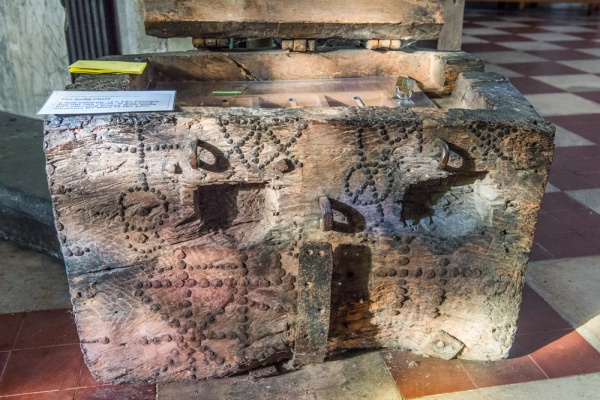 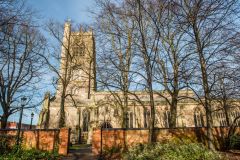 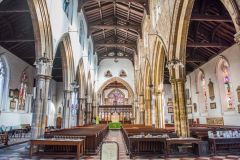 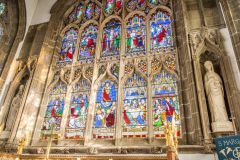 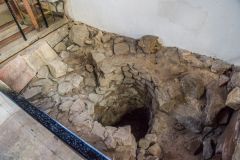 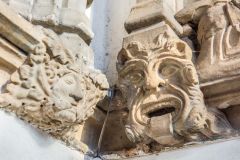 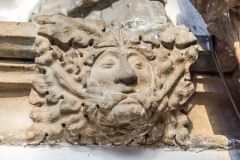